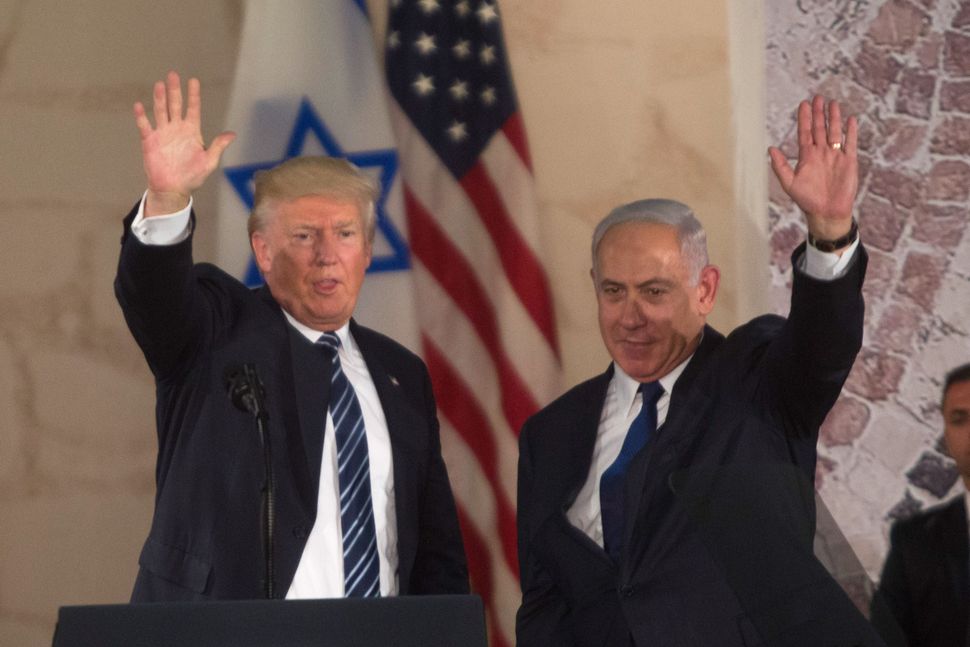 The latest Middle East regional tour by U.S. envoys Jared Kushner and Jason Greenblatt gives rise to rumors that they are on the verge of publishing President Donald Trump’s Middle East peace plan, which they have been working on for over a year. Whatever they decide, it should be based on realism and focused on the long game.

In fairness to the Trump administration (not a phrase I use often), it inherited a situation in which there was zero chance to achieve peace between Israel and the Palestinians, or even to restart negotiations. The parties simply cannot do it, at least under their current leaderships.

President Mahmoud Abbas and Prime Minister Benjamin Netanyahu fundamentally distrust one another. Each had his worst suspicion confirmed during the failed rounds of negotiations, spikes of terrorist violence and incitement, and settlement expansion of the last decade: There is no partner. And in that regard, they well represent the prevailing attitude in their two societies.

Further, both leaders face impossible domestic political and personal constraints. Abbas is aging, in poor health, managing the jockeying beneath him ahead of a succession struggle and constantly in political competition with Hamas, the terrorist organization that rules Gaza.

Netanyahu leads a government dominated by open opponents of a two-state solution. He never revisits his 2009 Bar Ilan University speech, in which he endorsed two states for the first time. He is likely facing indictments on a range of corruption charges, and his political strategy for his legal troubles is to pull in close to his right wing base, hoping they stand with him in his moment of need. 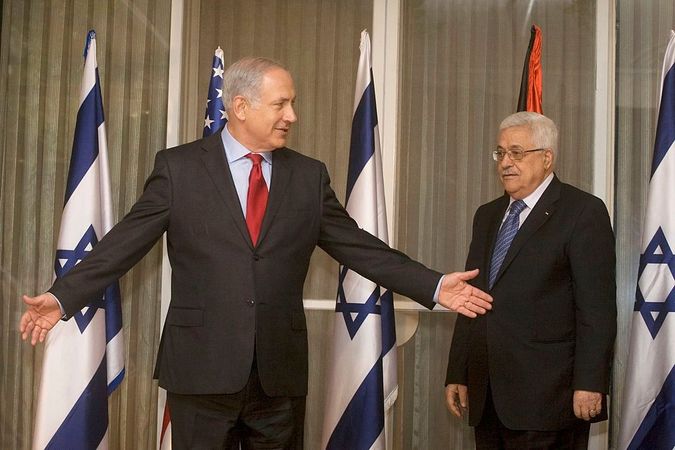 If, somehow, by hook or by crook, Trump managed to drag them back to the negotiating table, it would almost certainly fail spectacularly, likely punctuated by another round of violence. Arguably, that was already true in 2013. In retrospect, Secretary of State John Kerry’s effort was probably doomed from the outset.

Through most of 2017, Trump’s positive attention to the cause gained him leverage with both sides, and with Arab states that will be needed to help advance prospects for a resolution. Then came his decision to recognize Jerusalem as Israel’s capital and relocate the U.S. Embassy to Israel there.

That decision was correct on its merits. But it lacked the context of a two-state vision that acknowledges Palestinians could also achieve their aspirations for their capital in East Jerusalem, which would have made it easier for them to absorb.

Instead, the decision sent the Palestinians into orbit. One result was a series of vile, anti-Semitic speeches by Abbas that essentially disqualified him from future negotiations. More problematically, the decision led to a total cut-off in U.S.-Palestinian ties. Presenting an American plan under those circumstances guarantees it will be dead on arrival. 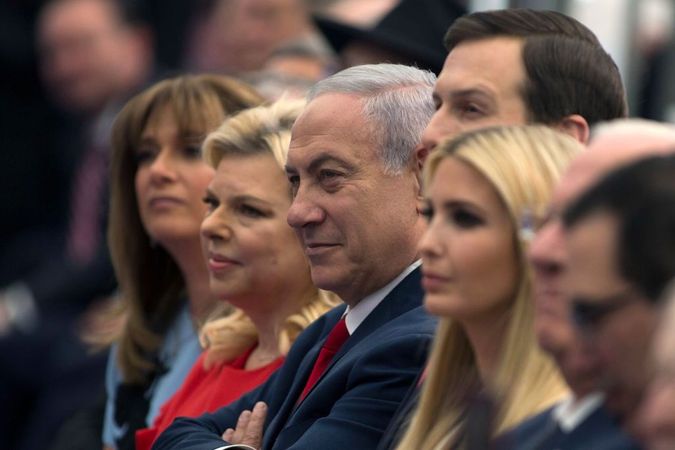 Prime Minister Benjamin Netanyahu, Sara Netanyahu, Senior White House Advisor Jared Kushner and Ivanka Trump at the opening of the US embassy in Jerusalem on May 14, 2018 in Jerusalem, Israel. (Photo by Lior Mizrahi/Getty Images) Image by Getty Images

After working on a plan for so long, to not present anything might feel like failure. But so would presenting a stillborn plan. The logical alternative is to publish some U.S. ideas that address the issues facing Israelis and Palestinians, but not with an eye toward bringing the parties back to the negotiating table. It should be explicitly stated that that is not the goal.

Instead, the focus should be on keeping the two-state solution alive and viable as an achievable goal, but with negotiations to be undertaken only after significant changes in the leadership dynamics. What could such a policy entail?

First, it requires a clear statement of the vision of two states for two peoples as the goal. Trump has so far avoided this obvious and necessary element, making do with vague appeals to “peace.”

Second, the United States should provide some clarity on the basic elements of that two-state vision. These elements are reasonably well understood: a territorial resolution based on the 1967 lines with mutually agreed swaps to account for key Israeli settlement blocs; no right of return for Palestinian refugees to Israel, but a right of return to and rehabilitation in the Palestinian state; extensive security arrangements to ensure the West Bank could not become a launching pad for attacks against Israel, as Gaza did after Israel’s 2005 withdrawal; recognition of Israel as a Jewish state and agreement on the end of the conflict; and two capitals in a unified Jerusalem, with access to holy sites guaranteed. Neither side will endorse this entire program, but the administration does not need to ask them to.

Third, the United States should lay out a series of steps all sides can take on their own that are consistent with a two-state outcome, but don’t require negotiations or trust. Israel should announce a building freeze in West Bank settlements east of the security barrier. Palestinian Authority security forces should upgrade their security cooperation with Israel and expand their areas of operation.

Palestinian leaders should forthrightly condemn incitement and begin educating their public not to glorify or justify terrorism. Israel should permit increased Palestinian economic development opportunities in areas of the West Bank not under full P.A. control, but likely to be incorporated into a future Palestinian state. Arab states should undertake more public steps toward normalization with Israel, including public diplomatic, economic and cultural exchanges.

Again, we should not expect the parties to deliver on all these steps at once. Some progress, maybe most of it, must await new Palestinian leadership and a new Israeli coalition, but even limited steps will help. American clarity about what will keep two states alive will also help, as will some of our own steps. We should resume discussions from the Obama years with the IDF, the P.A. security forces and Jordan on the security arrangements necessary for a two-state solution.

We should organize regional efforts to provide increased and creative aid to Gaza, such as an artificial island with an offshore seaport and airport, alleviating the suffering of the civilian population while maintaining pressure on Hamas. We should provide support for the Palestinian hi-tech sector, including opportunities for interchange with Israeli hi-tech companies, with U.S. aid and programs that can bypass the P.A., which is necessary after the passage of the Taylor Force Act.

A two-state solution is not going to happen under President Trump, barring dramatic Israeli and Palestinian leadership changes. It may never happen — leaving Israel struggling to maintain its Jewish and democratic identity, Palestinians permanently without self-determination and a conflict that festers and from time to time produces spikes in violence, likely squandering the real opportunity for full Israeli normalization of relations with the Sunni Arab states.

But it is still in our interests to keep a two-state solution alive and viable for when the right leaders emerge and make what seems impossible suddenly possible. That’s less ambitious than the ultimate deal, but it’s realistic, it serves our interests and it’s what the moment calls for.

Will we ever see such leaders? We don’t know, but it has happened before. Egyptian President Anwar Sadat and Israeli Prime Minister Menachem Begin were unlikely candidates to make peace. Until they did.