When It Comes To The Occupation, Which Side Is The Chicago Jewish Community On? 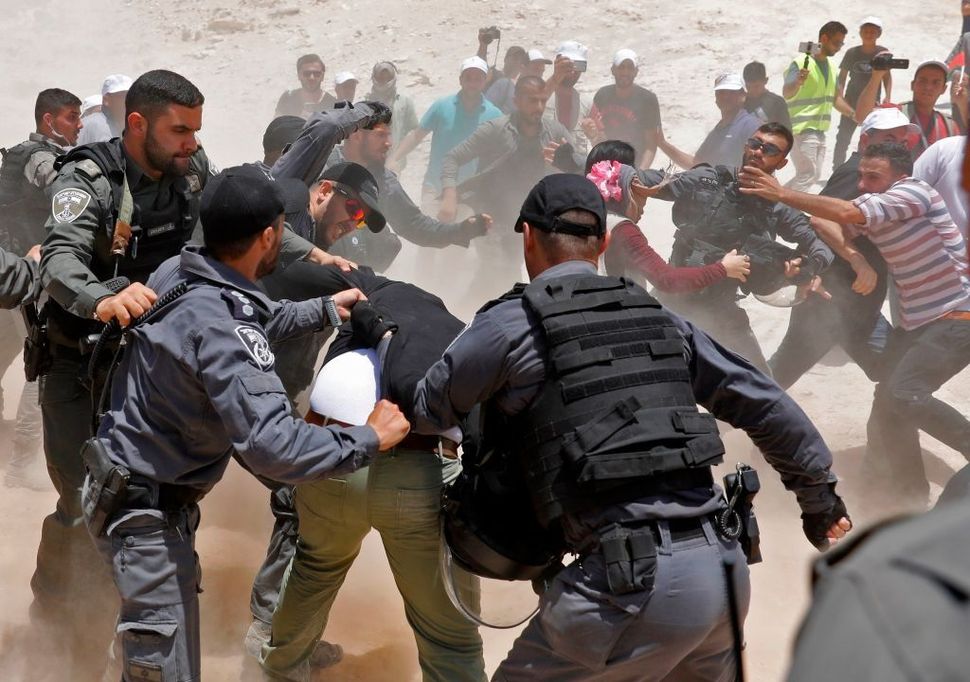 Demonstrators scuffle with Israeli police in the Palestinian Bedouin village of Khan al-Ahmar, east of Jerusalem in the occupied West Bank on July 4, 2018. (Photo by Ahmad Gharabli/AFP/Getty Images) Image by Getty Images 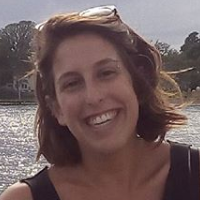 For most of us, this was not our first Greater Chicago Jewish Festival. In years past, we have sat at our congregations’ tables or attended with our families. We share fond memories of kosher hot dogs and klezmer music, of sponsor tote bags and stress balls.

For most of us, however, this was our first time behind our own table voicing our own message. We came as IfNotNow, ready to ask the community that raised us: Will you join us in the fight for freedom and dignity for all? Will you join us in building a future grounded in collective liberation rather than endless Occupation?

As young Jews with strong ties to the greater Chicago Jewish community, we returned to the festival expecting mutual respect and familiarity. Despite the rain and mud, the atmosphere at our table was hopeful. We saw the faces of our day-school teachers and coworkers, of our old family friends and synagogue community. Many of those faces came by to say hello, some more hurriedly than others.

And then there were the questions.

“So you support BDS?”

“How could you defend Hamas?”

“How can you just ignore the other side?”

“I’m against the Occupation, but they want to kill us. What else can we do?”

The conversations these questions engendered were mostly respectful and measured, if not especially fruitful. We felt seen, maybe even heard.

And folks we have known since childhood, folks who we know disagree with us, still came and exchanged hellos, check-ins and “fine, thanks, Baruch Hashem”s.

But all the while, there was the humming presence of our kitty-corner neighbor, the Jewish Defense League, a Southern Poverty Law Center-recognized hate group responsible for numerous bombings and terrorist attacks. The Jewish Defense League physically assaulted a Palestinian protester outside of the AIPAC conference in 2017, where many IfNotNow members had also gathered to protest.

And there was the man who approached our table, leaned in close, inches from our faces, and yelled that we were murderers, demanded to know if we were shomer shabbos, what made us so self-hating, shame on us, shame on us.

While some of us bore the attack, others ran to find help, and, after not too long, festival organizers came to intervene. They profusely apologized for their delayed response, assured us every sponsor’s safety was their priority and made sure that a security guard was stationed near our table. We felt safer, grateful. We also felt, because we had been, threatened.

What does it say about our community, about our shared Jewish future, that one of the only two tables sponsored by an anti-Occupation movement at the festival needed its own security detail? What does it say that we who grew up at this festival and felt called to return were verbally assaulted while surrounded by our own mishpokhe, our Jewish family?

But for every moment we felt scared, there was another we felt hope. For all the faces that turned away from us in disgust, there were those who smiled and quietly assured us, “I’m glad you’re here.” We found that many in the Chicago Jewish community have been waiting for a booth like ours to call out the Occupation for the moral outrage that it is, to see their values reflected in the community they love.

To those of you who want to help us in reaching this vision, who understand what true security looks like, who smiled at us — thank you. Join us.

Will you see us?

Aviva Stein is a Chicago-based environmental educator and a member of IfNotNow Chicago.

When It Comes To The Occupation, Which Side Is The Chicago Jewish Community On?