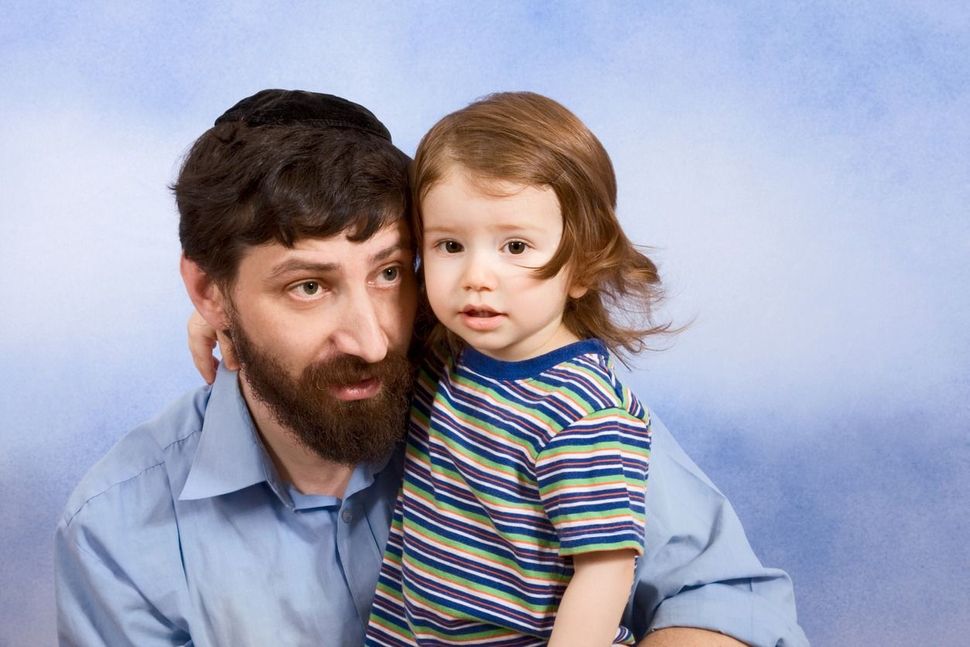 An Ashkenazi Jew and his son. Image by iStock

One of the founders of the NACCP, Walter Francis White, was a “white-passing” African-American. He was the 4th of seven children born to George White and Madeline Harrison White, who were both born into slavery in 1857 and 1863, respectively. 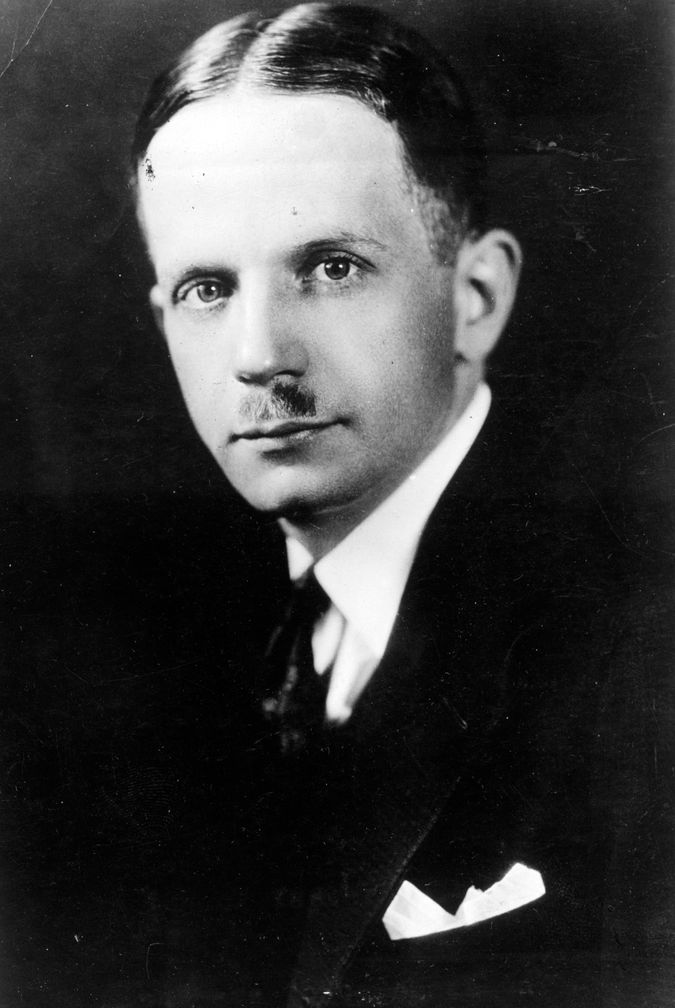 Portrait of Walter White, activist and Secretary of NAACP, 1929. Image by Getty Images

Because Walter was very fair-skinned and had straight-hair, starting in 1918, he used his ability to “pass” as white to help protect African-Americans who could not. He became an investigator for the NAACP and even went undercover with the KKK in order to investigate and sometimes prevent lynchings in the South. He was a hero. The consequences of American slavery and his ancestors’ abduction from Africa may have resulted in him appearing “white,” but he was not actually “white” or “Caucasian.” He was still a proud African-American. To call him anything else would be to deny him his history, his ethnicity and his identity.

The same can be said of any Jews who may “pass” for “white” due to years of colonialism, expulsion and exile in European lands. Many Ashkenazi Jews may appear white, but as long as they maintain their Jewish identity, they maintain a distinct racial and ethnic identity.

Yet there are many who attempt to deny this to Ashkenazi Jews, and instead castigate them for their alleged white privilege. One such case can be found in a recent article in the Forward by Nylah Burton, entitled, “White Jews: Stop Calling Yourselves ‘White Passing.”

Burton’s article started out with the assertion that Ashkenazi Jews are not “white passing,” they are “functionally white.” And why? Because according to Burton, if “someone is white-passing, it often means that their privilege is limited, and it can be snatched away if their true ethnicity is discovered.” She then claims that “most systemic benefits of whiteness will not be taken away from white Ashkenazi Jews who possess them if someone discovers their Jewishness.”

Setting aside how offensive it is for someone to try and explain to Ashkenazi Jews the “true nature” of their identity based solely on the limited prism of American history, Burton’s arguments do not stand up to factual analysis.

First, Burton argues that a “white-passing Latinx person may be deported if their immigration status is revealed.” Since there are nearly 50 million Latinx in the USA who are unequivocally in the USA legally, including over 65% who were born in the USA, does that mean Burton thinks those fair-skinned Latinx are “functionally-white”? Or does this argument only apply to pale or fair skinned Jews?

Burton also argues that “a white-passing black person may get some privilege due to their appearance, but will still be subject to systemic economic disparities.” So would a “white-passing black person” who is also incredibly rich no longer be African-American according to Burton? Does the size of your wallet now determine whether one is considered white? Is Carlos Slim, a Mexican born national, who is the child of two Lebanese immigrants to Mexico, now white because he is also one of the richest and most economically powerful people in the world? Of course not. Wallet size does not determine one’s ethnic identity and to even imply such an argument is both offensive and silly as today’s rich person can be in the poorhouse tomorrow.

Burton also argues that because police in the USA are not more likely to “pull the trigger” on someone they discover is Jewish, this too means that Ashkenazi Jews are white.

What she fails to recognize is that not every non-white group’s experiences are the same. No one in their right mind honestly believes that Native Americans, Latinx, Arabs, East Asians, South Asians and African-Americans all share the same exact experiences of oppression in European-dominated societies.

No one expects the experiences of white-passing members of any of the above groups to match up fully with African-Americans who are visibly black. That Burton imposes this unreasonable and clearly impossible standard on Ashkenazi Jews alone is an absurd and infuriatingly hypocritical exercise in moving the goalposts. In truth, our experiences all wildly differ from one another because the stereotypes and bigoted canards that apply to each of the above groups are different.

Jewish history also includes thousands of years of exile in numerous lands where the police, the military, and the hordes of Cossacks, rioters, and others acting under color of authority from the local State, Crown, Caliph, Emir, Czar or Prince were very clear that if they discovered you were Jewish, then your life and/or property was definitely in danger.

However, even in US history, there are numerous examples of times when the discovery that one was Jewish meant your life was suddenly far less “privileged.” In Georgia, in 1915, Leo Frank was wrongly convicted of a crime and lynched because he was Jewish. On December 17, 1862 Ulysses S. Grant ordered the expulsion of all Jews living in his military district, which included much of Tennessee, Mississippi and Kentucky. Even before he signed his ethnic-cleansing order, General Grant issued the following order on November 9, 1862 to Major General Stephen Hurlbut: “Refuse all permits to come south of Jackson for the present. The Israelites especially should be kept out.” The next day he followed up that doozy of an order with: “Give orders to all the conductors on the [rail]road that no Jews are to be permitted to travel on the railroad southward from any point. They may go north and be encouraged in it; but they are such an intolerable nuisance that the department must be purged of them.”

American history is also rife with Jews experiencing discrimination in housing and employment. Around 1921, my own great-grandfather was told that since he was a Jew, there was no point in him applying for a job as the company he was interested in working for. In 1942, my grandfather, while in his U.S. Army uniform, was told by a landlord that he doesn’t “rent to Jews.” Even as recently as 1964, in La Jolla, California, a place that no one can confuse with Mississippi in 1862, there were restrictive covenants in place that made it impossible for Jews to purchase homes.

This begs the question for people like Burton: at what point, then, did Ashkenazi Jews in America become white?

Burton even acknowledges that “Anti-Semitic hate crimes [in America] make up the vast majority of all hate crimes” and that Jews who do not “shed their cultural markers … like Hasidim [and like religious Muslims who wear Hijabs] … will be perpetually othered.” However, according to Burton, that “still doesn’t necessarily make them non-white in this country.”

Why “in this country?” Is one’s racial or ethnic identity altered by virtue of geography? Does an African-American cease to be “black” if he returns to live in Africa and is now in the majority? In France, where Jews comprise less than 1% of the population and are the victims of around a third of the hate crimes, would Burton have a different view of Jewish identity and ethnicity?

And what of religious Arab Muslims who visibly retain their cultural markers, such as Linda Sarsour?

Neither Linda Sarsour nor her father, with or without their “cultural markers,” are white. They are Middle Eastern Arabs in origin, identity and culture — regardless of how pale their skin may be due to years of European colonialism in the Middle East. The same applies to Jews, Ashkenazi or otherwise. We are not European and we are certainly not white, which is often used as a shorthand or pseudonym for European. Centuries of exile in Europe, due to the colonization and conquest of our indigenous homeland by Roman, Byzantine, Mamluk and Ottoman Empires, does not change our identity.

Burton also assumes in her article that all Ashkenazi Jews are fair-skinned Jews, and that all fair-skinned Jews are “white-passing.” Fair-skin notwithstanding, as the hate crime statistics, which Burton herself acknowledged attest to, anti-Semites in the USA and Europe often attack Jews, fair-skinned or otherwise, based on their “Jewish appearance.” And of course, there are numerous Ashkenazi Jews who are quite brown, such as Israeli actor Oded Fehr, whose family (in the Diaspora) lived in Germany and the Netherlands, and who, despite being very Ashkenazi, appears to have been typecast in Hollywood movies and TV shows as an Arab.

Burton’s article also completely ignores the many historical, archeological and genetic reasons why it is simply silly to characterize Jews as white. But ironically, one of the main reasons can be found in Burton’s own words: “[t]he misuse of the term white-passing erases my own family, where many appear white, but accessing the full benefits of whiteness was and remains near impossible.”

Calling Ashkenazi Jews “white” erases my family and insults my history. For 2,000 years, Jews were never white in Europe. We were always considered part of the “Hebrew race,” an “other.” At times tolerated, at times persecuted, at times oppressed and at times subject to mass murder. A precarious existence where our “privilege” to even live, let alone own property and stay safe in our homes, was always in question. Even in the United States, we had long been classified as “Asiatics,” along with Syrians, Afghans, Chinese, and Japanese, and were nearly denaturalized for this very reason.

When people like Burton try to impose “whiteness” on Ashkenazi Jews, they are certainly erasing Jewish history — something they would never do to fair-skinned African-Americans, Latinx, Arabs, Pacific-Islanders or Native Americans.

Regardless of where we were exiled, or had to flee to in order escape persecution, Jews are a tribal Levantine people with a tribal Levantine faith. The fact that some of us, for approximately the last half century of American history, have enjoyed the privileges associated with passing for white does not change our identity, which is over 3,000 years in the making. 300 years of American history does not define either race or identity, and it certainly doesn’t define Jewish identity.