Inflexibility Puts All Of Judaism In Jeopardy 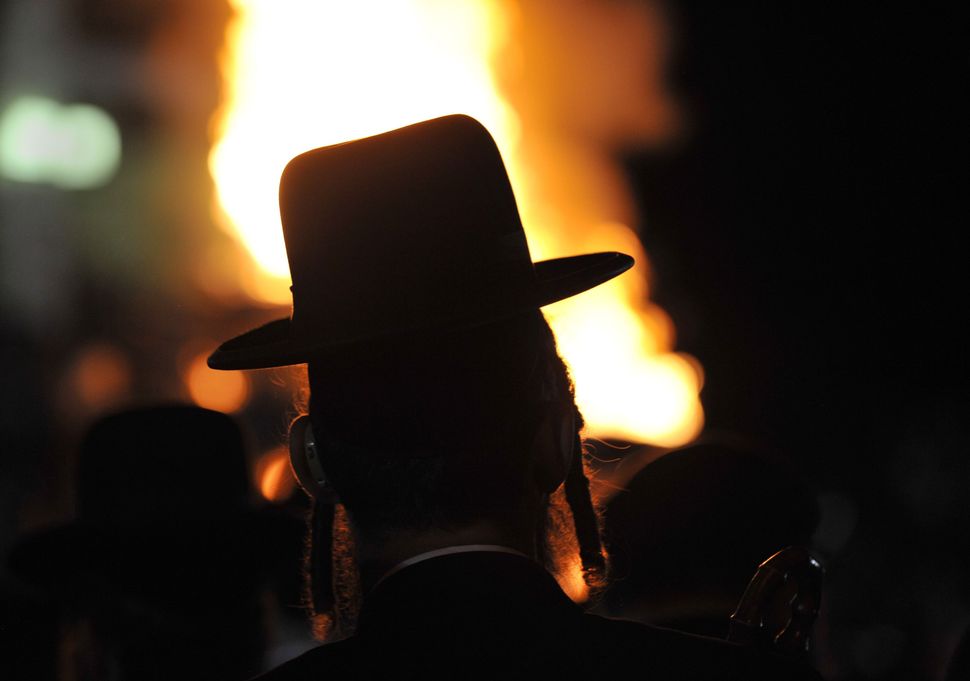 A Satmar Hasid in Kiryas Joel. Image by Getty Images 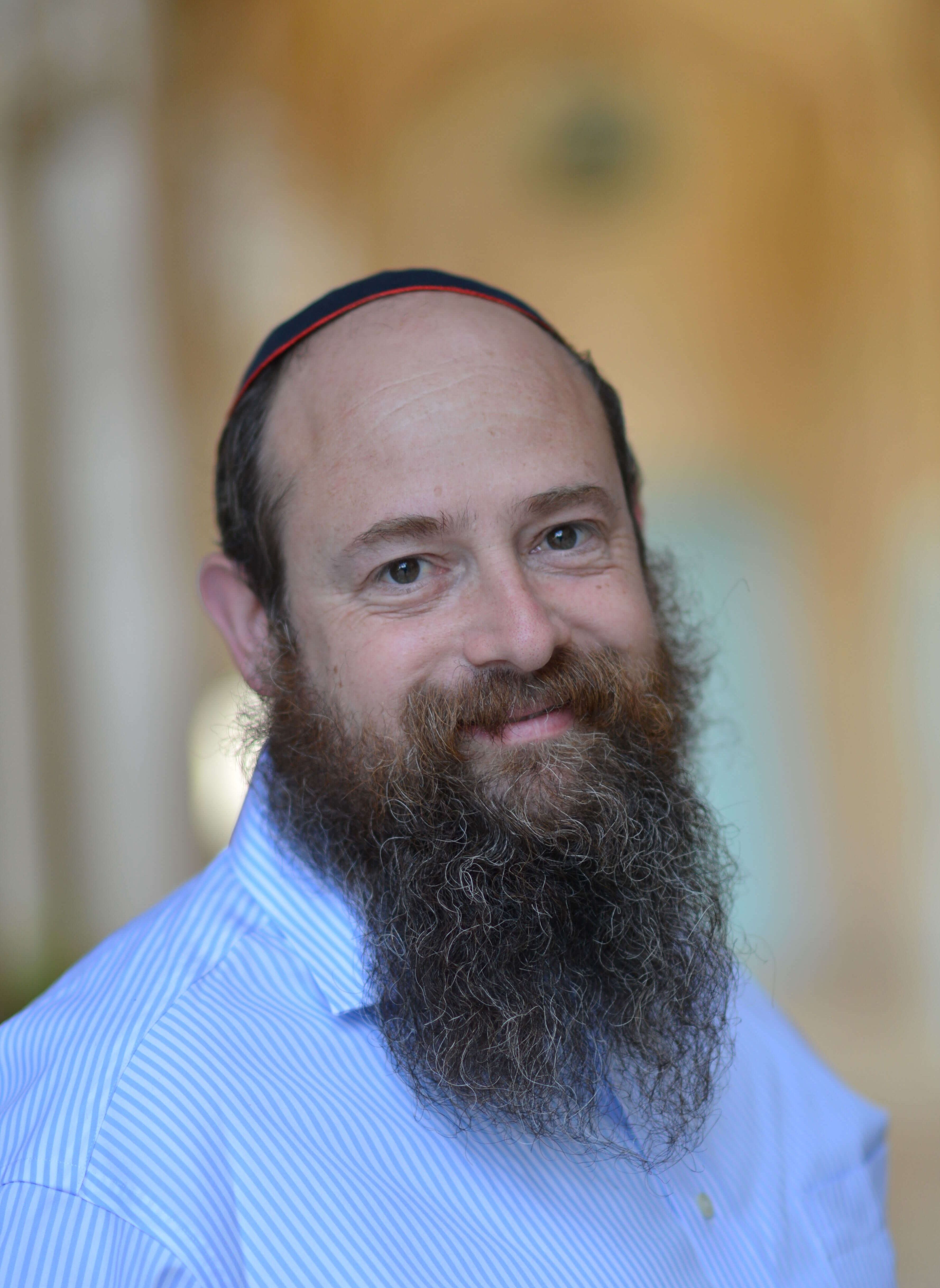 Throughout the Tanach, God models extraordinary behavior and spotlights key virtues for the benefit of humankind, simultaneously sparing us pain and setting an example worth following. In fact, from the very first interaction with man, God establishes a precedent for acting and reacting with patience and compassion, and emphasizes the importance of living a life that is not bound by rigidness.

After creating Adam, God imbued him with great powers, granted him dominion over all other creatures, and even fashioned a mate for him out of his own flesh and blood. The pair were then given free rein in the Garden of Eden, with one small limitation: They could not eat from the Tree of Knowledge.

When they inevitably eat from the forbidden tree, God does not choose to abandon his humanity project. Instead, Adam and Eve are banned from the Garden, God creates human awareness to subtly illustrate his disappointment, and the new laws and limitations of their new world are made known. God’s punishment is harsh but fair and fits the crime. Most importantly, God’s actions highlight the need for flexibility in even the direst of circumstances.

Several generations later, when humanity proves to be truly corrupt, God recognizes the need to hit the reset button but refuses to wipe the slate clean entirely. Noah is chosen as humanity’s steward, and God lays the groundwork for a second chance of global proportions, once again showing the divine attribute of flexibility.

And when the Jewish nation tests God’s patience repeatedly over the course of their 40-year journey in the wilderness, God forgives their insolence and indulges their insubordination just to keep them on track, literally and spiritually. In response, they grow bolder and increasingly rigid, unable to emulate the godly trait that ensures their very survival generation after generation.

Indeed, even a cursory reading of the Tanach makes it abundantly clear that inflexibility is a man-made foible.

At several points in our history, Jews were able to see the shades of grey that colored the world and acted in kind, walking along Ruth’s path of acceptance. The story goes that Jewish communities in Eastern Europe simplified and expedited the conversion process for non-Jews who had fallen in love with young Jews to avoid assimilation and strengthen Jewish adhesion and identity. They found a way to include rather than shun, to make it work rather than make it more complicated. Practically, this makes perfect sense, as all the Torah’s laws and guidelines are intended to be “pleasant ways” (Proverbs 3:17), and we are meant to mirror this paradigm through our own behavior.

But somewhere along the line, we lost the ability to act and react with patience and compassion, and knowingly chose to live our lives bound by the letter, rather than the spirit, of the law. In doing so, we distanced ourselves from the Torah’s “paths of peace” and created spiritual barriers to keep others out at times when we should have been drawing them in. By disallowing adaptation with the passage of time, denying the clarity presented by technological advancements and disregarding societal need, we have put Judaism as we know it in jeopardy.

Thankfully, it’s not too late to course correct — assuming we understand where we went wrong in the first place.

I believe it stems from a fear of corrupting or diluting our heritage by utilizing modern information and contemporary commentary to update our understanding of our core texts. In an effort to maintain the strength and centrality of these Masoretic Texts, we shunned original thinking and rejected textual analysis based on scientific findings and historical evidence, even when the suggested explanations provide brilliant new insights and strong answers to issues that have been troubling scholars for generations.

For example, in Tractate Sanhedrin (47 a-b), when discussing burial procedures and the period of mourning, the medieval commentaries argue about the definition of the phrase setimat ha-golel — “when the golel is sealed.” Rashi believes that the golel is the cover to a casket, while the Tosafists suggest that the item in question is actually a rounded stone that was used to seal a burial cave. Over the last century, several such stones have been found near ancient burial caves in Israel, thereby proving the Tosafists’ interpretation to be more factually accurate.

So, was Rashi wrong? No — he was simply limited by time and place, and provided the most lucid commentary possible using the information available to him. Having never actually been to Israel and having witnessed only traditional interment, Rashi could only speak about that which he knew to be true. While the explanations provided by both Rashi and the Tosafists are integral to our study of the Talmud, modern findings have helped us clarify the original intent.

Our problems began when a vocal minority insisted that Rashi and other classic commentators are always right, no matter how many times they were presented with undeniable scientific, archaeological or historical evidence to the contrary. This rigidness and inability to accept new ideas trickles down from factual analysis to the interpretation of Jewish law, where it is most dangerous and divisive.

The painful irony is that Rashi’s own grandsons had opinions that often contradicted his own, yet he still loved and respected them tremendously. Rashi knew that debate, analysis and innovation have kept us alive — physically and spiritually — and brought us together through good times and bad. He understood that Jews need to ask questions in order to grow as individuals and thrive as a nation.

That’s why it is so troubling that, in many circles, stringency is observed for the sake of stringency alone. This practice is lazy and closed-minded, and threatens the very foundations of Judaism. If the answer is always no, nothing will ever be accessible. When we close all the gates in fear of intrusive ideas, we create an irreparable divide, locking some in and others out, and never allowing all members of the Tribe to converse, connect and create together, as is the Jewish ideal.

My father, Rabbi Adin Even-Israel Steinsaltz, has always dared to be flexible, experimenting with numerous ways to make our core texts more accessible. He altered the layout of one version of the Babylonian Talmud, allowing the novice and casual reader to engage with the text like never before. He drew upon science, archaeology, history and modern insights to answer age-old questions and make the subject matter more relatable to contemporary students and scholars. And he uncensored Talmudic texts that had been hidden from the masses due to archaic sensibilities to reintroduce the entirety of our core knowledge for maximum engagement.

Though the backlash for his creativity was intense, my father charged forward knowing that introducing flexibility back into Torah study was essential, as it would breathe new life into our core texts and bring Jews from all walks of life together to learn, debate and build a bright new Jewish future. The realization of this vision was on full display at the Steinsaltz Center’s Gala Dinner last month in Jerusalem, a celebration of my father’s unparalleled pedagogical accomplishments and a testament to his global impact.

The sell-out crowd was a cross-section of world Jewry, people of all ages, from diverse educational backgrounds, who had reshaped and rekindled their relationship with Jewish learning and practice thanks to the tools created and the example set by my father. In their own unique ways, each guest at the dinner approached my father to thank him for exposing the originality that exists within our Jewish tradition, for highlighting the truth behind the Talmudic claim that there are, indeed, “70 faces to the Torah.”

The fear that has sapped our creativity and originality for generations, and continues to drive us apart, is rooted in a belief that it is impossible to find new clarity and meaning in our core texts without risking their alteration or abstraction. But, as God illustrated throughout the Tanach, flexibility doesn’t mean wiping the slate clean. It entails rethinking, reworking and retooling without ever actually changing the core components. It’s about drawing out the light from a closed system so that it no longer feels closed, and making foundational concepts the beginning of a vibrant conversation rather than the last word on the matter.

It is time that we relearn the ability to act and react with patience and compassion, and lead lives that are not bound by rigidness, so that we can not only emulate the divine but also strengthen our faith, deepen our understanding and unlock the beautiful originality of Jewish tradition.

Meni Even-Israel is the Executive Director of the Steinsaltz Center, a unique pedagogical accelerator that develops tools and programming that encourages creative engagement with the texts and makes the world of Jewish knowledge accessible to all.

Inflexibility Puts All Of Judaism In Jeopardy