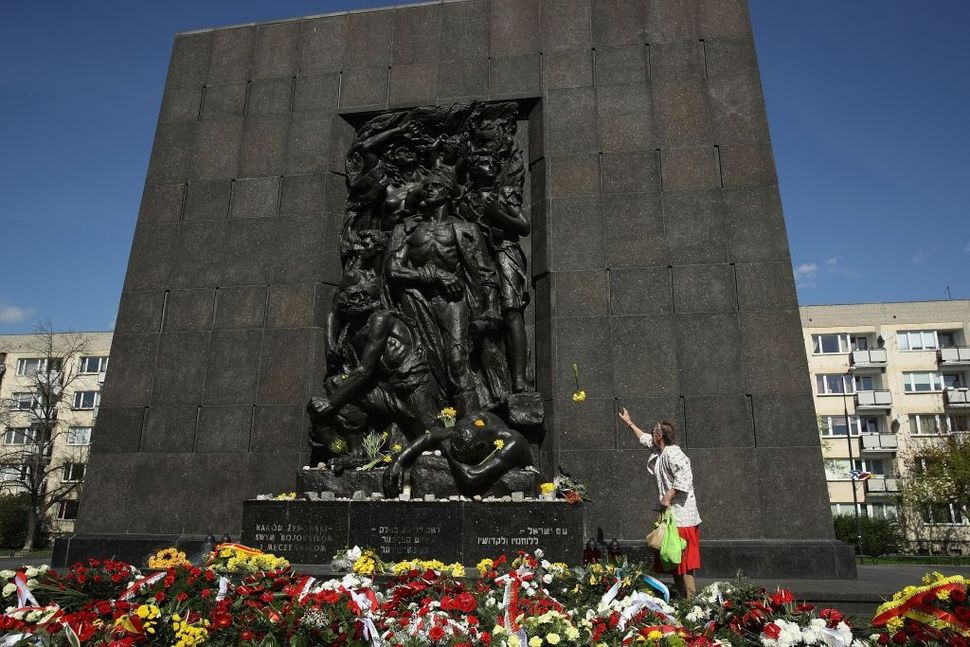 A woman visits the Ghetto Heroes Monument following the main commemoration ceremony of the 75th anniversary of the Warsaw Ghetto Uprising on April 19, 2018 in Warsaw, Poland. (Photo by Sean Gallup/Getty Images) Image by Getty Images 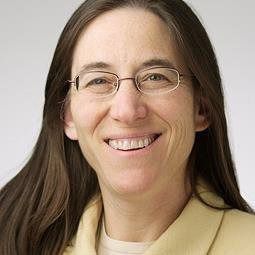 The “Polish Death Camp Law” has stirred many feelings across Poland and Israel, and among Diaspora Jewry. Jail time has been removed for making a claim that “the Polish nation or the Republic of Poland is responsible or co-responsible for Nazi crimes committed by the Third Reich,” but the law remains on the books. Many have decried and discussed this Polish law, most recently in a July 30 New Yorker article by Elisabeth Zerofsky, “Is Poland Retreating from Democracy?” Through researching and writing about the story of my in-laws, Sam and Esther Goldberg, during the Holocaust, I have come to appreciate the complicated feelings on both sides of the issue. Sam and Esther’s experience shows the light and the darkness of the war years in Poland.

Life in Poland was a nightmare for every human being living on Polish soil during World War II. Poland was attacked in September of 1939, on two borders, by the Germans from the west and the Soviets from the east. Bombs fell everywhere, people died, soldiers were taken as prisoners; Polish intelligentsia, professionals and clergy were imprisoned and murdered at an alarming rate. Germany and the Soviet Union took control of the now-divided country.

A mere two years after the initial attack and occupation of Poland, the Germans invaded the Soviet Union and took control of the eastern half of Poland. Germany’s goal was European domination, and the Poles were in the middle of the world they wanted to dominate. The Germans controlled every city and hamlet in Poland, gathering the Jews for death, but making sure that the lives of most non-Jewish Poles was miserable. In Poland, a year after the Warsaw Ghetto was beaten to a pulp and burned like kindling, the non-Jews of Warsaw rebelled against the Nazi occupiers. They too were crushed by the German war machine.

It is a historical fact that the “government” of Poland was exiled in September of 1939 and had nothing to with the building and execution of the death camps on Polish soil. “There were no Polish units working under Waffen S.S.,” Zerofsky states in her New Yorker article, “as was the case with Dutch, Norwegian, and Estonian units… In the summer of 1942, the Polish government-in-exile relayed intelligence to the Americans and the British about the Nazis’ mass murder at Treblinka, urging the allies to do something. They did nothing.”

But the actions of individual Poles tell a different story of Poland during the war — the good and the bad. Esther and her first husband, Moishe Kwiatek, evaded the Nazi round-up of Jews in the shtetl Stoczek, in September of 1942, by hiding in their attic. When they crawled out of the attic, they found a ghost town. No one was there. Some had been shot into a pit at the Jewish cemetery, but most were taken by foot or truck 12 miles away, to the Treblinka death camp. Esther and Moishe ran to the woods. They approached Christian peasants who lived near the forest. Some gave them a bit of food, but they would not hide them. Others chased them away and threatened to turn them in to the Germans.

They kept going, desperate to find somewhere to hide and a morsel of food. A bit farther out of town was the home of Helena Styś: a Christian woman and a customer of the Kwiatek soda factory. Though she was terrified of being found hiding Jews — a capital offense — she allowed Esther and Moishe to hide in her barn and in the environs of her home. She gave them food when she could. She and her sister-in-law Wladyslawa, who lived next door, were the “angels” that helped keep them alive. These Poles were righteous and caring people.

But not all Poles were so nice. One day when Moishe was out in the forest looking for food, a Polish man killed him. There was a lucrative reward for any Polish person who turned a Jew in to the Germans, dead or alive: a kilo of sugar, a very rare commodity during war time.

About nine months after this devastating loss, Esther was out in the forest when she met two men who had just escaped Treblinka. There had been a prisoner uprising on August 2, 1943, and these men had run for their lives and made it to this patch of woods. One of the men was Sam Goldberg. Esther took both men to Helena and convinced her to allow them to hide in the barn while the massive search for escaped prisoners was going on. Helena was terrified, but she agreed.

After the initial tense few days, Sam decided to stay and hide with Esther. They hid together for another year until they were liberated by the Soviet army. During that year, they hid in the Styś barns and, when it wasn’t freezing, in a forest pit. During that time, they were fearful of being found by the Germans, but they were even more afraid of being found by their Polish neighbors. There were those who went out on “Jew hunts” looking for hidden Jews to claim their reward.

Esther and Sam were liberated in the summer of 1944 by the Soviet army. After liberation, they married and ultimately settled in Brooklyn, N.Y. in 1949.

My in-laws hated Poland and hated Polish people — they called it finstere Poland (the Poland of darkness), and they told their son, my husband, never to go there. On the other hand, they loved the Styś family and knew that they would not have survived without their help. They corresponded with them and sent them money and medicine. It was through these old letters that I was able to reconnect the Goldberg and Styś families.

My response to the “Polish Death Camp Law” is colored by what I know happened to individual people. When asked, I respond, “it’s complicated.” This is not an apology for a law that should never have been passed. But I believe that Poland is still emerging from the deep freeze that it was in under Soviet control from 1945-1989. Under Soviet rule, the few remaining Jews were citizens with full rights, but anti-Semitism bubbled under the surface of “equality.” In those difficult Soviet years, there was little reflection about what happened to the Jews in their towns and neighborhoods during the war.

Since the fall of communism in 1989, the Poles have been looking in the mirror and asking, what kind of people are they, and who do they want to be? How can they make sense of what happened in Poland — to themselves and to the Jews who used to be their neighbors? There are many reactions. One reaction is anger and a competition of victimhood. Another reaction is an exploration of the lost culture of the Jews, as Poles come by the thousands to the Krakow Jewish Festival held in June of each year, volunteer at the Krakow JCC and restore old Jewish cemeteries. Then there are those Polish citizens discovering that a parent or a grandparent is, or was, Jewish — and they never knew it. When I visited in June 2016 and April 2017, I sensed positive energy among both Jews and non-Jews about what the future will bring as they explore what Judaism is and how it can be, once again, part of life in Poland.

Perhaps when we travel to Poland, we should listen more carefully and with sensitivity to the Poles who wish to express their victimhood. I feel I could do a better job of that. And we certainly should scream from the rafters about the virtues of the Poles who helped Jews, at risk to their own lives. But Poles must be sensitive to the truth that the Germans’ success at implementing the Final Solution (nearly 90% of Polish Jews were murdered) couldn’t have occurred without the silence and, in some cases, active involvement of non-Jewish Poles.