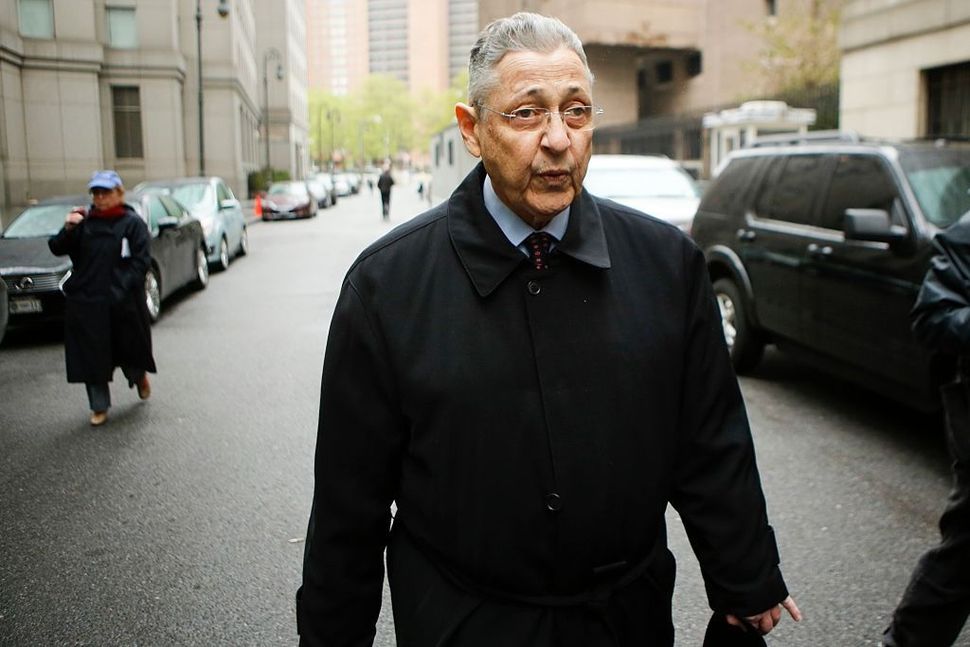 On July 20, Judge Valerie E. Caproni of the United States District Court in Manhattan sentenced former Assembly Speaker Sheldon Silver to seven years in prison on his conviction in a second trial for using his office to benefit himself. The United States Court of Appeals for the Second Circuit had vacated Silver’s previous conviction. Silver “wanted to seen to be a man of the people while he was using his public position to richly line his own pockets,” Judge Caproni said at sentencing.

How true. Mr. Silver grew up on the Lower East Side The son of a hardware store keeper, Silver mingled freely with fellow diners at the takeout/sit-down eatery he frequented on Grand Street. Yet juries found that he amassed about $4 million illegally and laundered his ill-gotten gains to hide them. The money came from two corrupt schemes. Both involved Silver’s leveraging his power. He joined two law firms, for whom he did no work, but recruited clients and received a portion of the fees generated. In one, Silver induced a doctor to refer cancer patients for personal injury litigation. In the second, he pressured two real estate companies with business before the state government to retain a firm his former counsel headed.

In return, Silver directed public funds to the doctor’s cancer research and pressured OHEL to hire the man’s son. A charity which helps distressed children, OHEL received money from government funds Silver controlled. He favored the real estate companies through votes, in the Legislature and on a public board, on matters affecting their businesses: rent regulation bills and real estate tax abatements for their properties. The juries convicted Silver of four counts of honest services fraud and two of extortion. A separate count encompassed money laundering.

Honest services fraud means a public official violates his duty to the people, similar to a lawyer settling a case behind the client’s back. Extortion deprives someone of property by threat or force or promise of official action. Thanks to the United States Supreme Court and to the court of appeals, a straightforward prosecution became complicated.

In the notorious case Citizens United v. Federal Election Commission, 558 US 310 (2010), the Court stretched the First Amendment to allow unlimited corporate campaign contributions. Big donors expect something in return — access and help with their pet projects. To give substance to the First Amendment right to contribute, the Constitution must protect the ensuing favors as well. At some point, however, help crosses the line into bribery. In McDonnell v. United States, 136 S.Ct. 2355 (2016), a unanimous Supreme Court gave public officials wide latitude.

Virginia’s governor solicited lavish gifts from the maker of a diet supplement who sought state backing for his pills. McDonnell hosted receptions in the Governor’s Mansion to push the product and arranged meetings with state officials who could help the donor. Having worked as an adviser to the chairman of a federal commission, I know that when the “boss” arranges meetings with the staff, he expects certain results. When a governor stages a promotion in his residence, he sends a message of support. In exchange for money, one would think this becomes bribery.

However, the Court decided that McDonnell engaged in constituent service. Only when, in return for a thing of value, a public official acts in a legal capacity over a matter formally before him, does bribery occur. The Court compared it to a judge presiding over a case. Receptions and meetings do not qualify. Mcdonnell went free.

Silver sought the same result. The Second Circuit obliged.The court correctly ruled that the jury instructions became improper as a result of McDonnell. However, Silver acted in his official capacity. He gave state money to the doctor and to OHEL, He dealt with them in his official capacity, just as when he voted in favor of the developers. Under the harmless error doctrine, proper evidence sufficient to support a conviction overcomes any legal error. Silver’s conviction should have stood.

However, the court ruled that the prosecutors also had proved that Silver arranged for a plaque of appreciation for the doctor and had promised to help set up a festival on the Lower East Side. Under McDonnell, these actions did not violate the law. Implausibly claiming that the jury would have disregarded the more serious lapses in favor of the more acceptable actions, the court found reasonable doubt and sent the case back.

The judge corrected her instructions. Silver will surrender in October.

Silver’s defense claimed in its briefs that his actions, though reprehensible, represented the usual way of doing business in Albany. McDonnell gave them added ammunition. Silver’s second conviction shows otherwise. McDonnell legalized a form of corruption, but a red line still remains. A public official may not use his office to confer directly a benefit for money, though he may do so through subtle and indirect means. Perhaps the Legislature will clean up its act and enact strict regulations against conflicts of interest, including tighter disclosure requirements.