Our Neighbors Graffitied Our Synagogue — With Love 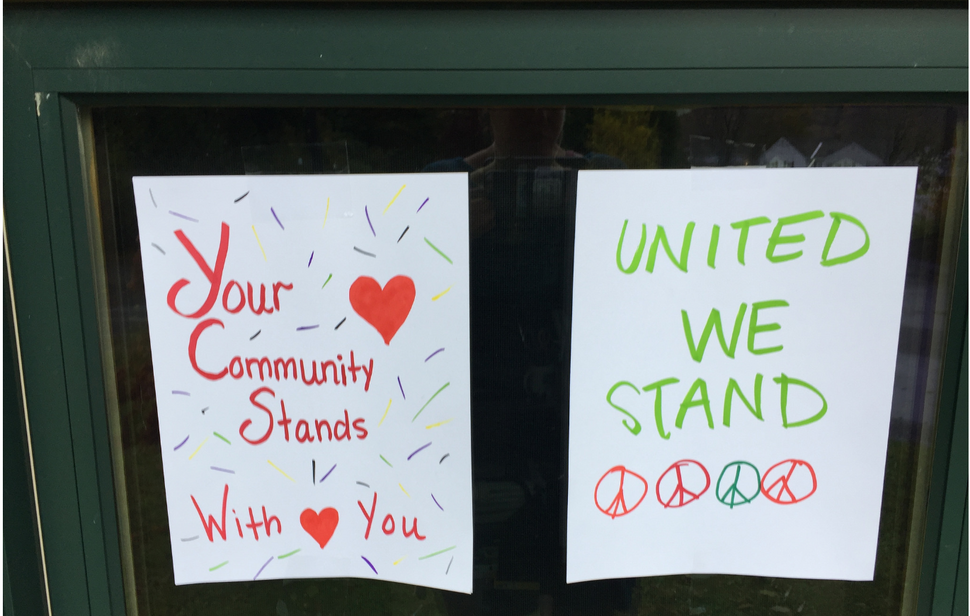 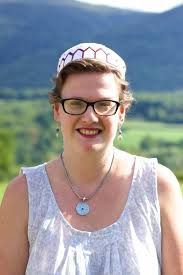 “Is there anything inappropriate about chalk drawings outside a synagogue?”

The query came to me via text from one of my congregants. I wrote back, somewhat puzzled, to ask for context. In response, she told me that one of her non-Jewish friends wanted to organize a graffiti love-in for our small-town synagogue. “It’s supposed to be a surprise,” she admitted, “but I wanted to make sure it was okay.”

I let a few people at the synagogue know that it was coming, so that they wouldn’t be startled if they saw people arriving with posterboards and sidewalk chalk on Friday afternoon. But I didn’t tell the community writ large. I wanted it to be a surprise for those who arrived for prayer and community on Shabbat.

This week as the Jewish community has been reeling from the massacre inside Tree of Life synagogue in Pittsburgh, there has been a visible increase in anti-Semitic graffiti around the nation. Hateful graffiti from coast to coast. Swastikas drawn on Jewish homes. “Kill all Jews” scrawled inside of a synagogue.

But in our small semi-rural city of twelve thousand people in the hills of western Massachusetts, we received love graffiti instead.

They hung posters reading “WE SUPPORT YOU,” and cards, and messages of love. They adorned our entryway with cards of support and inspirational quotes. They drew chalk hearts and rainbows and stars on our sidewalk. All so that when we arrived to pray on the Shabbat after the Pittsburgh synagogue massacre, we would be greeted by a reminder that our non-Jewish neighbors care about us and want us to feel supported and safe.

And it worked. One of my congregants posted on Facebook on Friday afternoon, saying “We drove up to Congregation Beth Israel this afternoon to find that our neighbors had left us a beautiful message. Thank you, whoever you are, for your expressions of love and support. What a beautiful start to Shabbat. So grateful.” Others chimed in with amazement and gratitude. When we gathered for morning prayer, people were visibly moved. It was all anyone could talk about at the oneg after services.

And while I know who a few of the organizers were, I don’t know who participated. And that makes the love graffiti even more effective, in a way I hadn’t anticipated. There were two vigils in our county last week for the victims of the Pittsburgh synagogue massacre, and both were packed. It was extraordinary how many of our Christian and Muslim and non-religious neighbors came out to stand with us and weep with us at this painful and scary time. When I see them on the street now, I am comforted.

But the people behind the graffiti love-in are unknown to me. The person who smiles at me, seeing me wearing my kippah in the grocery store, might be one of them. Or the college student who makes my latte at the coffee shop. Or the casual acquaintance who nods at me outside of my son’s elementary school. Any of them could be among the “perpetrators” of this act of love and kindness. I have no way of knowing. And that heightens my felt sense that I am surrounded by allies who want to support me.

Posters and chalk hearts on the sidewalk don’t change the fact that this is a terrible time. White nationalism is on the rise, and it receives approval from the highest office in the land. Pipe bombs have been delivered to prominent Jews and others who oppose the president’s policies. The president’s hateful rhetoric toward refugees seeking asylum here awakens our memory of Jewish refugees turned away during the Holocaust. A man who hated the fact that Jews welcome refugees walked into a synagogue last week and opened fire.

And those are just Jewish reasons to feel traumatized and afraid. People of color and Muslims and immigrants and transgender people and so many others are also feeling anxiety and fear — with good reason. There is so much we need to do in order to reclaim our nation from this descent into bigotry and xenophobia. The work ahead of us is unthinkably vast. But the graffiti love-in warms my heart and gives me a reason to feel hope, and to feel held, and in this dark time that matters more than I can say.

Our Neighbors Graffitied Our Synagogue — With Love