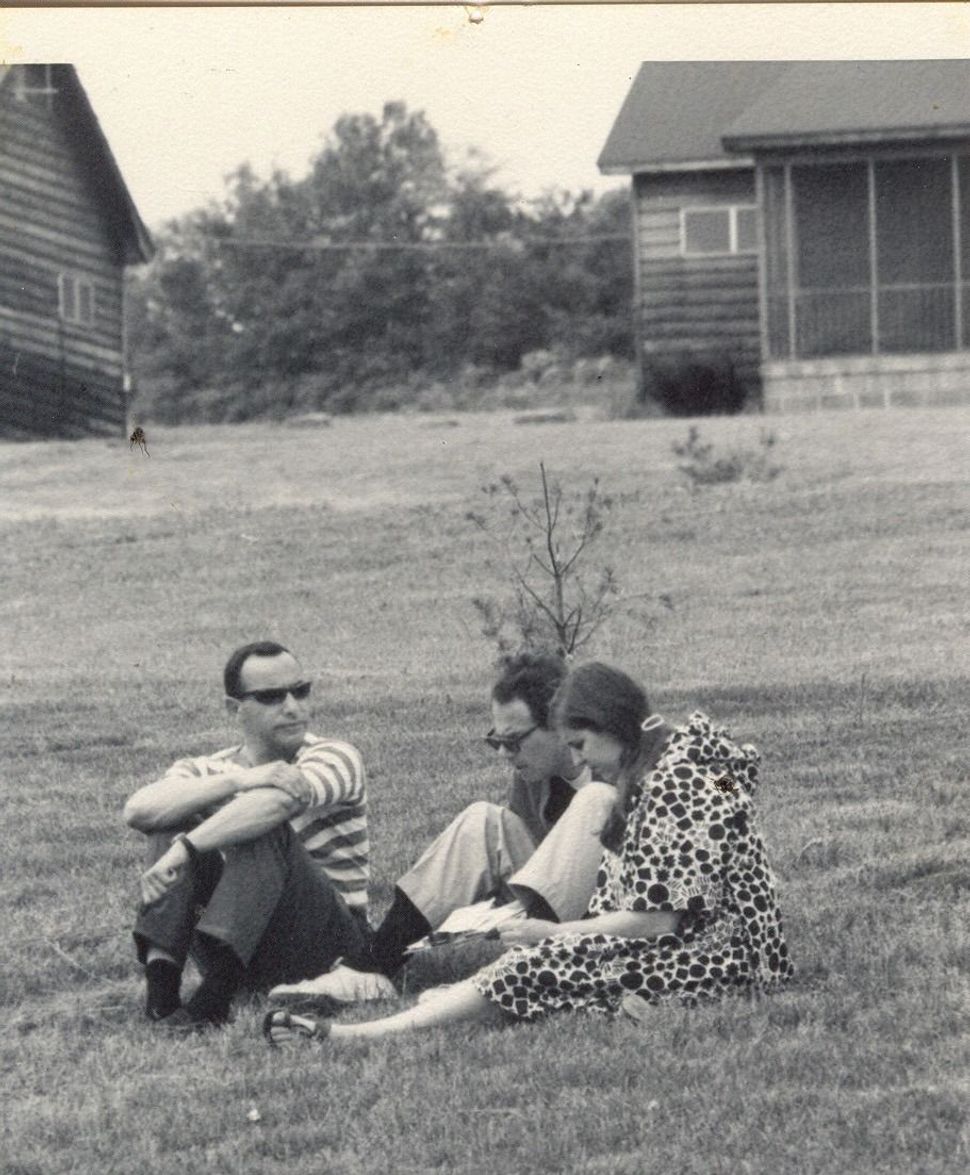 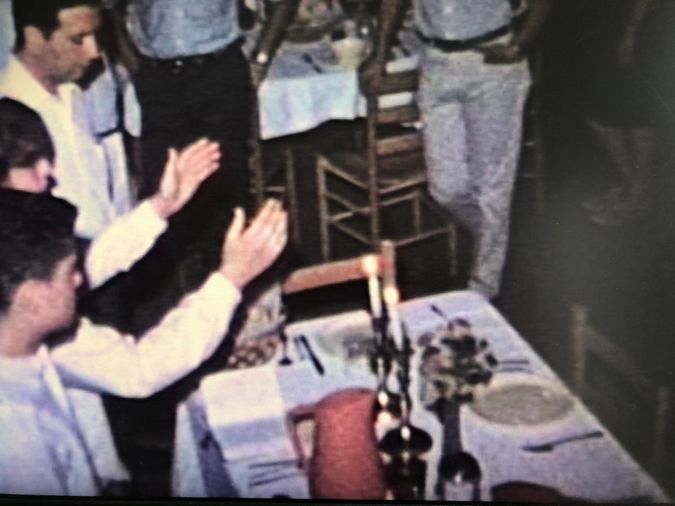 Lighting the Shabbat candles at Kutz Camp. Image by Courtesy of Jeremy Gerard

I am watching faded, ghostly but joyously animated images on my screen — a screen larger than that of any TV we might have owned in the summer of 1966 when my father shot this film with his new Super 8mm movie camera. There are boys in crisp white shirts and pressed trousers, many of them wearing ties, and girls in white blouses and pencil skirts or aquamarine capris, their hair neatly coiffed. The camera pans across young faces, open-mouthed in song, to a slightly older-looking man with a guitar and, next to him, a young woman, palms outstretched, lighting the Shabbat candles in the dining hall, stretched out over the shore of a lake. As the camera sways languidly back to the gathering (my father was an observant photographer, as evidenced by the occasional lingering close-up of a pretty female face), the bold block letters on a banner hanging from a beam come sharply into view: NFTY.

I know the camera had sound — my father always had the most up-to-date stuff — but in transferring these half-century-old movies to digital form, the soundtrack has been lost. Not to me, however, for I can recall the singing, the thrumming guitar, the quiet b’rachot before the meal, the punchy birkhat hamazon after, the minor-chord melancholy of that new classic, “Sabbath Prayer” from Broadway’s “Fiddler on the Roof,” soulful as the dancing that followed it.

I can recall the voices, the melodies, the buggy summer breeze coming off the lake, the occasional belching of a bullfrog, the whole embrace of it, timeless as Jews gathering to welcome the Sabbath Queen yet as timely as the American and Israeli folk songs we knew by heart.

I suspect this scene will summon similar memories among parents and grandparents of my generation as they struggle with the question, “Why is this summer different from all other summers?” No Jewish camp, that’s certain. But for some of us, that pang has nothing to do with the coronavirus, for we’re mourning the loss of a particular camp that predated the pandemic. 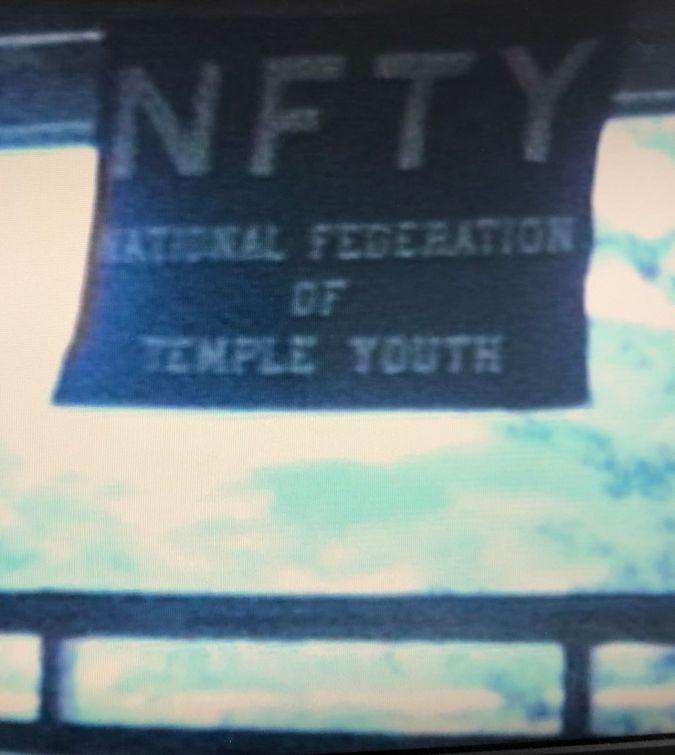 Image by Courtesy of Jeremy Gerard

I was a NFTY kid, or, at first, a NFTY brat. My father had left his field of public-school administration to become director of education at a Reform synagogue in Westchester County, New York after years of activism in the National Federation of Temple Youth (NFTY). He had worked at the NFTY camp in Cleveland, Georgia, where civil rights work was common cause. My role models during the years of my growing up were the outside-agitating Reform rabbis and educators of the time: Eugene Borowitz, Balfour Brickner, Michael Robinson, Byron Rubenstein, Henry Skirball and Al Vorspan — names that would appear alongside Martin Luther King Jr.’s and the brain trust of the Southern Christian Leadership Conference in newspaper advertisements explaining why they marched.

And when NFTY decided to create a national camp to provide leadership training and Torah study to a different kind of camper, my father and his partner in crime, Rabbi Lewis “Buz” Bogage, decided that the programming needed to include training for the movement’s future cultural leaders. They came up with an annual summer arts symposium that my mother named Hagigah (she liked its palindromic quality), whose faculty would draw from Jewish arts superstars. Writer Isaac Bashevis Singer. Israeli artist Nissan Engel. Choreographer Ze’eva Cohen. Debbie Friedman, who was already on her way to becoming the pre-eminent composer of a new Jewish liturgy.

In 1965, the Union of American Hebrew Congregations purchased what had been a Chock Full o’ Nuts company retreat (“Camp Utopia”) at the southeastern edge of the Catskill Mountains in Warwick, New York. The new camp was named for DuPont executive Milton Kutz and his wife, Hattie, whose foundation had financed the purchase. (The sale had been arranged by the coffee company’s executive vice-president, the retired Dodgers second baseman, Jackie Robinson.) The drive to Kutz Camp from New York City took about an hour, which led everyone from the city to call it “upstate.”

I was an aspiring writer and actor at my first Hagigah, in 1967, the summer I turned 15. I already had spent summer weeks at NFTY camps — Eisner, in the Berkshires, and Harlem, in the Poconos. But Kutz Camp was different by design. The standard camp accouterments were missing, replaced by study rooms, rehearsal halls, potter’s wheels and music studios. 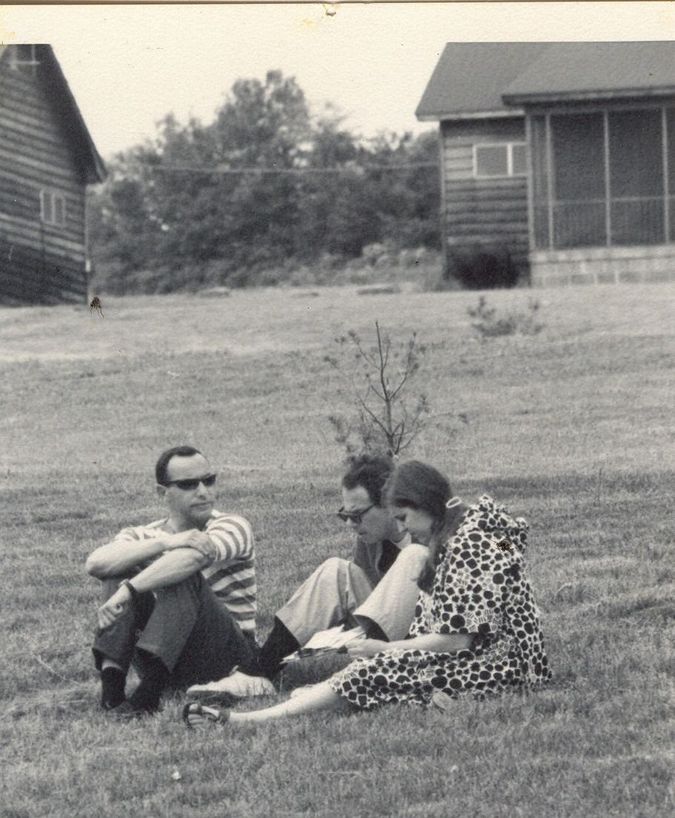 At Kutz, unlike the regional camps, you’d encounter accents from all over North America. The kids who spoke them had lives and stories and experiences to share that were different from yours, yet we were united in the common languages of prayer, song and Rabbi Lawrence Kushner’s campfire tales — stories that you would eventually tell your children and grandchildren.

At Kutz, you could experience a jazz Shabbat service, with the Torah suspended from the roof and music led by a be-bop quartet.

And at Kutz you would probably fall in love (As I did, around day 12 of that first Hagigah, with a girl I was rehearsing a Brecht play with, and whose parents would tragically appear two days later to drive her home to Montreal).

In later summers, I would return to Kutz Camp as a song leader, as president of my region (WeFTY, of course), and a member of the national board. 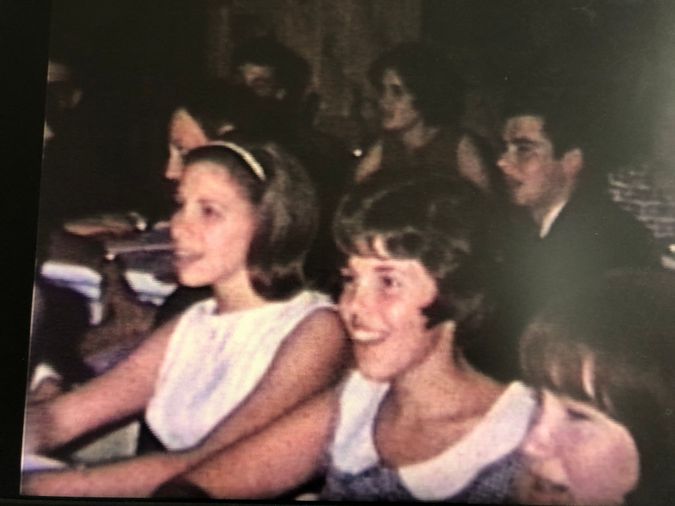 Shabbat at Kutz Camp, 1966. Image by Courtesy of Jeremy Gerard

Life may have taken me far away from the NFTY regional camps, but in some ways, Kutz Camp’s spell never really faded.

And so when the rebranded Union for Reform Judaism announced that Kutz Camp would close due to diminishing interest in a national camp, I thought the decision, while practical, was short-sighted. These days, more than ever before, we need a place for Reform Jewish kids to feel the franchise, the sense of belonging to something bigger than the synagogue they probably attend half-heartedly, if at all. I felt the leadership was throwing in the towel instead of doing whatever it took to reclaim the power of my first Hagigah.

The pandemic has, of course, made all that moot. This summer there will be no sharing of stories, no campfires, no mixing archery and Bible study and singing “Yerushalayim shel Zahav” at any camp.

Moreover, the time of quarantine has inspired us to learn what we can change and, more importantly, what we think we can live without. As I write this, the URJ’s leader, Rabbi Rick Jacobs, has announced the layoff of 20% of his staff. The immediate cause is, of course, the impact of Covid-19. But the larger issue relates to the further disenfranchisement of Reform Jewish families — and the lack of a creative emergency response that would bring people like me back into the fold.

The NFTY camps, and especially the idea of a national camp, are worth holding onto, for the things that connect us and enrich our memories. The post-pandemic future is likely to find our children and grandchildren even further removed from Shabbat whites and “Sabbath Prayer,” and that is a loss worth mourning..

Perhaps we can live without these things, but should we have to? After all, I did marry that girl from day 12 of my first Hagigah. It took 43 years, but that’s another story. Perhaps for someday around a campfire at Kutz Camp.

Jeremy Gerard writes about the arts, politics and human rights. For The Forward, he wrote about Jewish cowboys in Oklahoma. and the plight of middle-American lesbian high school lovers.