Turn to the Talmud for instructions on anti-racism 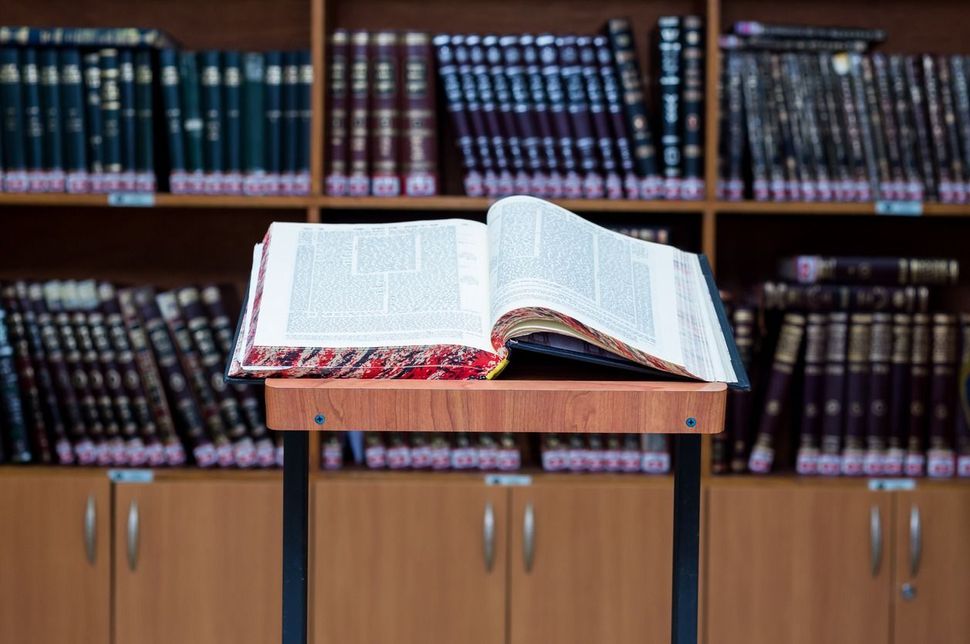 A book of Talmud sits on a reading stand. Image by iStock 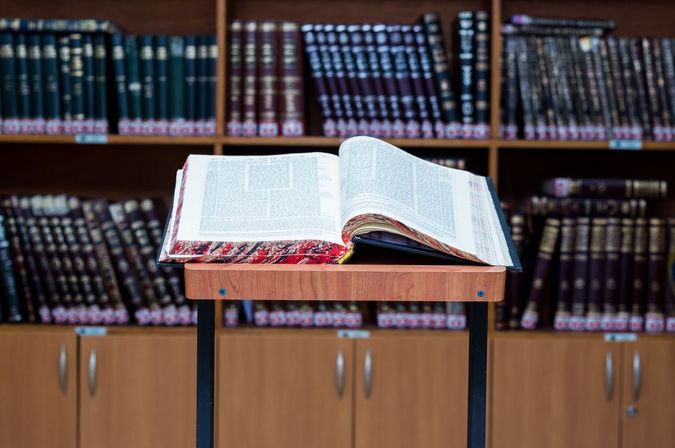 Yesterday I was invited to a webinar called “How to make sure you are not raising the next Amy Cooper.” It is one of countless calls in the past few days about how to not be or not raise a racist. These lessons are essential. White America is just now beginning to learn how to be anti-racist.

For many years I resisted the language of “anti-racist.” Why define myself in the negative? I don’t want to think of myself as “anti” anything. I want to be pro-peace, pro-equality, pro-love. But in the past decade, I have come to understand that considering myself anti-racist is actually the only option. Racism is too pervasive; slavery built this country and racism is woven into the very foundations. The only way for a white woman like me to resist is to actively swim upstream, and to swim hard.

But what does it look like to resist something as pervasive as racism in the United States? One model for such resistance can be found in the Talmud. Our tradition offers us a full tractate of Talmud called Avodah Zara, (literally “strange worship”), and the entire book is a guide to living as a Jew in a world surrounded by idolatry. The rabbis understood that living in a society permeated by a toxic ideology requires us to actively and frequently negate the culture. Living as a committed Jew is not enough. We have to be “anti-idol.”

The requirement to reject the surrounding ideology can be applied to racism too. If we swap out “idolatry” for “racism,” the entire tractate can be read as a guide to living an anti-racist life. How should we behave when the bathhouse has a statue of Aphrodite? The answer to that question can help us assess how to enter a building that has been named after a slave owner. Should we destroy an idol by smashing it, or do we keep it whole so that we can point to it and verbally nullify its power? This question can help us assess what to do with confederate monuments built to valorize slave ownership. Idolatry was as pervasive then as racism is today. Can we show our rejection of racism without totally removing ourselves from society? The Talmud reflects on this struggle and teaches us that if we don’t actively demonstrate our objection through our behavior, we uphold the status quo.

Let’s unpack one example: The Talmud offers the following scenario in which a person must first acknowledge the ways that their personal property has been directly supported by idolatry — literally sharing a wall — and then find a way to disconnect from it: “One whose house was adjacent to [a house of] idol worship and [the dividing wall] fell, it is prohibited to rebuild it. What should he do? Withdraw into his own property four cubits and build there.” Metaphorically, the image is powerful: how many of our homes today share a supporting wall with a structure of racism? It is incredibly hard to dismantle the “house of racism” because racism is actually propping up the walls of our homes.

This underlying racism exists in even the most banal ways. Purchasing my apartment was fairly simple. I was easily able to secure a bank loan, and the co-op board approved my application quickly. That is often not the case for Black families.

Of course, my whiteness led to so many of the opportunities in my life: the schools I attended, the jobs that were available to me, and even the way I am treated in public have all been dictated by my race. The same racial discrimination that blocks Black Americans from opportunities like these makes way for white people like me.

To dismantle racism, we must learn how to do what the Talmud suggests and not rebuild the wall where it was, reinforcing the toxic ideology. Instead, we have to move the wall back. We have to find a new way to rebuild our metaphorical homes.

As the Talmud acknowledges, this will make our homes smaller. And that is a price we must pay. True racial justice requires that white people give up privilege — a much bigger ask than simply not being a racist.

Trying to resist a harmful cultural norm through individual actions can feel futile. What difference does it make if I, as one white woman, commit to never calling the police on a person of color? That commitment can change me, and it can change the life of that one person, but the racist system remains intact. The next Amy Cooper can still threaten the life of a Black man with one call to the police. Dismantling the system feels endless and maybe hopeless.

And yet, when we look at history, we see that idolatry — a primary concern and fear in the lives of our ancestors — is not our primary concern today. Somehow, society did shift. And if idolatry can fade into the background, maybe racism can too. But not without a lot of anti-racist work.

Rabbi Avi Killip is VP of Strategy and Programs at the Hadar Institute. She was ordained from Hebrew College’s pluralistic Rabbinical School in Boston and holds degrees from Brandeis University in Jewish Studies and Women & Gender Studies. She was a Wexner Graduate Fellow and is a current Schusterman Fellow.

Turn to the Talmud for instructions on anti-racism