I protested in DC — in my tallis 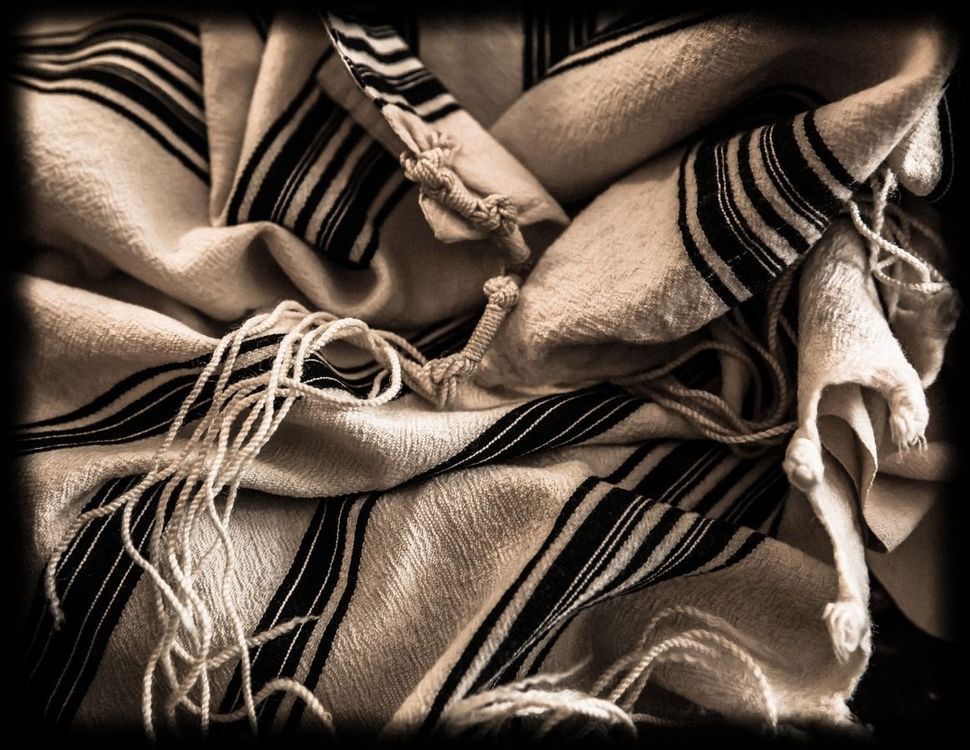 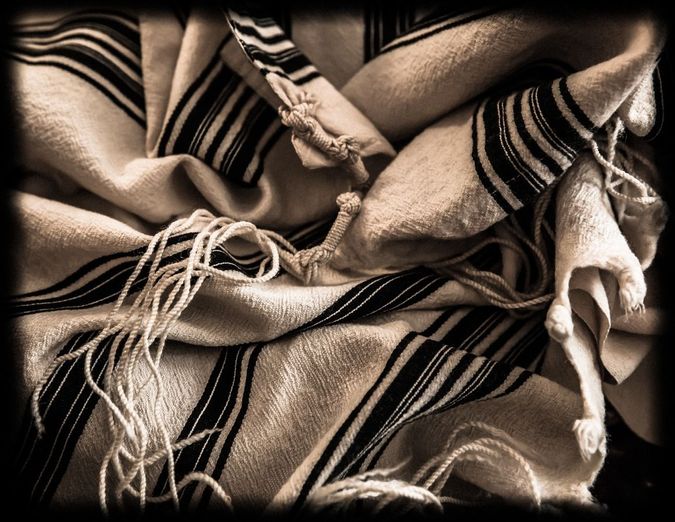 Editor’s Note: Click here for an article about the author’s experience sharing Hebrew prayers with members of the National Guard.

On Wednesday, June 3rd, I went to protest in Washington DC. I went because I believe it was demanded of me as a Jew and an American.

First I want to speak to the question of safety, one everyone has asked. I want to describe the atmosphere of the protest. At no point did I feel in danger from any protester or from the National Guard or even from the Capitol Police. But I did feel danger from one particular group.

At one time during the day, I found myself face-to-face with men in black unmarked vests who carried large rubber bullet guns and leered at the crowd from behind their riot shields. Later, they were replaced by the National Guard. Much to my surprise, those men listened, responded, talked and even at one point hugged the protesters. But the unmarked men remained, menacing, behind the National Guard.

What does it say that in our nation’s capital the first question asked about going to a protest was: Did you feel safe?

Protestors tried to march to the Lincoln Memorial, famously the site of many protests including Martin Luther King Jr.’s “I Have A Dream” speech. We were not allowed to protest at the site where his words are inscribed in marble.

We were not allowed into Lafayette Park in front of the White House, a park named for a man who affirmed the existence of inalienable rights, ones which no nation may violate. The park was the site of nearly constant protests of all kinds until just days ago — a tourist could pass the park at any time of year and see people with signs exercising their right to protest in front of the White House. There is now a fence and armed guards.

But the real question is why — why did I march?

On Wednesday June 3rd, I went to protest in Washington DC. I went to go protest because I felt that my Judaism demanded it of me. Abraham Joshua Heschel said that marching with Martin Luther King Jr. was like praying with your feet; and judging by how my feet felt after 10 hours in downtown Washington DC, it must have been my personal high holiday of anti-racism.

We wear tallit when praying and I went to the protest wearing a yarmulke and tallis. When asked by Israeli TV 13 why I had worn these garments, I answered that it was important to me that our Black countrymen see that Jews, or at least this Jew, have their back and are listening. This is what I believe my Judaism demands of me.

I also wore my tallis because I wanted to find fellow Jews. Sure enough, within an hour of my being there, I was approached by two young men wearing Star of David face masks from the George Washington AEPi chapter. I ended up spending hours with them.

We talked about how our Judaism guided us to protest. We talked about Judaism demanding action. In Pirkei Avot, Shimon the Righteous reminds us that deeds of loving kindness are one of the pillars on which the world stands. Deeds, not only words. Standing with so many others while marching to the Capitol building, sharing sunscreen and granola bars and listening to the words of the Black residents of DC felt like the kind of deed that might not only hold up the world, but raise it a little higher.

We talked about Judaism demanding justice. We are told in D’varim to pursue justice. Face to face with the National Guard, a woman who had been tear gassed in Lafayette Park on Monday asked a guard if what happened to her was just. When we were in front of the Capitol building, a young woman in a Pride shirt asked if the bail bond system is just, only to be met by the silence of Capitol Police.

We talked about Judaism demanding empathy. In the middle of one of our most important and joyful celebrations, Passover, we are asked to temper some of our joy and feel the pain of the Egyptians who suffered the plagues. We are meant to empathize, not as a one-off, but as a practice. Every Shabbat, we are reminded of the exodus from Egypt during the Kiddush. Even at the moment of bringing in Shabbat joy we are reminded that we were once slaves in Egypt, told to feel the pain of our ancestors. This, to me, is the aspect which inspires and informs deeds of justice.

I saw and heard great pain at the protest. Unimaginable pain. Pain I have never felt and hope to never feel. If Judaism rightly demands we feel the pain our ancestors felt millenia ago, then it also demands we that empathize with the pain of the 11-year-old at the protest who lost her father to police violence, with the Black mother who worries when her teenage son goes to buy Skittles, with the Black father who worries about being the last hired and first fired. This is an old and deep pain in America. We Jews should recognize such pains, as the shadow of anti-Semitism has loomed over every era of our existence. We should know what it’s like.

So we Jews should be the first to recognize the biases within our own communities. How many of our grandparents did not trust the “shvartzes?” How many of us saw a Jew of Color and questioned if they were Jewish? How many of us have allowed the fact that we can pass as white let us become complacent with racist systems because they weren’t targeting us? This is a luxury afforded to no other minority. I protest not only to change the American community, but to change the Jewish community as well.

I went to go protest so I would know the answer for myself. I have asked these questions and answered only for myself. What is your answer?

I protested in DC — in my tallis