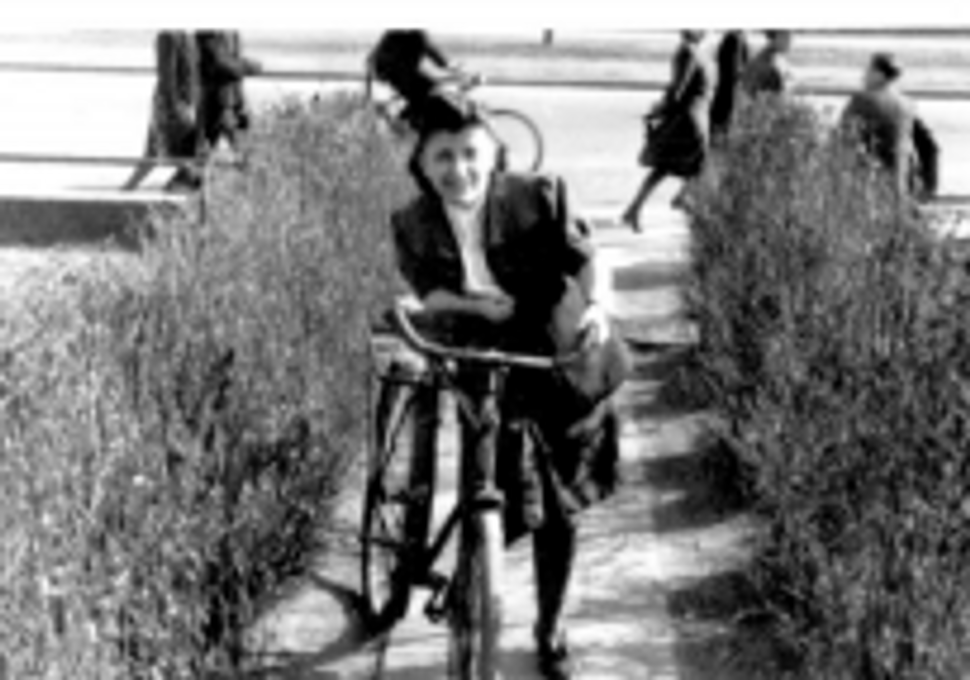 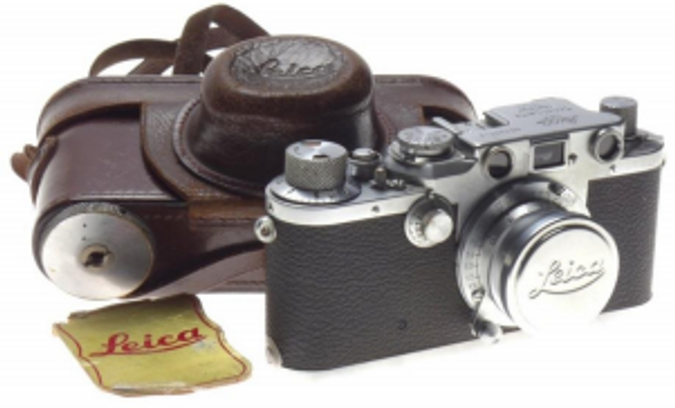 After my father – a Holocaust survivor — passed away in 1991 I found an old leather valise he had brought with him from Germany.

Inside were hundreds of still photographs he had taken right after liberation with a Leica IIIc. They included scenes around Germany; in particular, Lubeck, where I was born in 1949.

There were also snaps of life in Brooklyn where we all ended up. 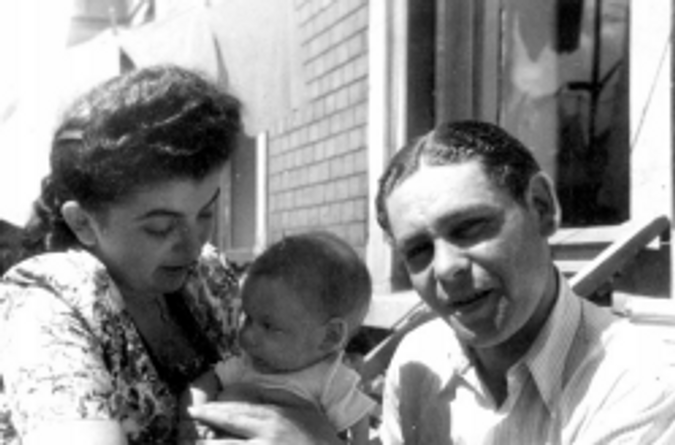 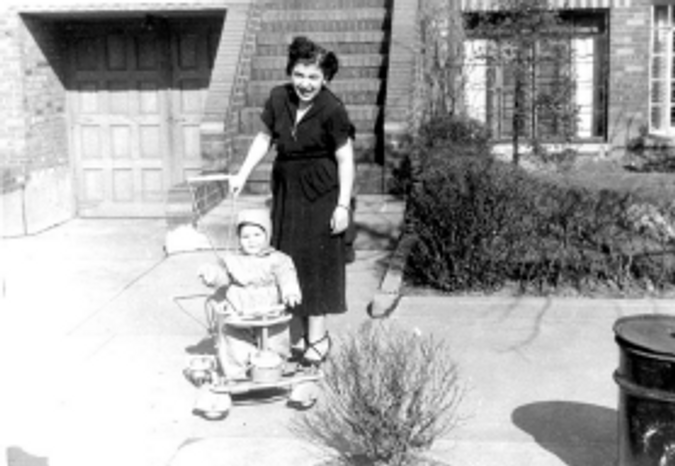 The author and his mother. Image by Joel Sucher

From where I sit today — age 71 — looking at these black and white photos feels strangely distant; a look at a newsreel world that for today’s America that’s only glimpsed today in the endless documentaries about the war and the Holocaust.

My father was born in Lodz, Poland, in 1919; the son of a construction worker and builder. Felix (later Phil) was able, fit and good-looking; no doubt the reason he was chosen by fabled photog, Henryk Ross, to document “happy scenes” in the Lodz Ghetto (Ross did double duty; secretly photographing the dark side of life in the Ghetto).

When the Lodz Ghetto was liquidated in August, 1944, my father and family were packed off to Auschwitz. He was the sole survivor.

Auschwitz-Birkenau was liberated in January, 1945. My father joined up with a platoon of Russian soldiers dispatched to search for escaped SS officers. During one search, a Soviet officer — who was Jewish — found an officer dressed as a peasant.He handed a pistol to my father offering an opportunity for sweet revenge. My father claims he refused. To this day I’m unsure whether that’s true. 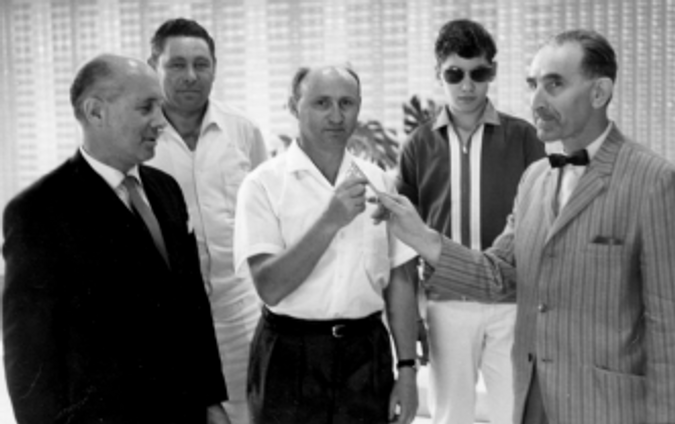 The author’s father, back left, and the author (in sunglasses) with noted Nazi hunter Tuviah Friedman. 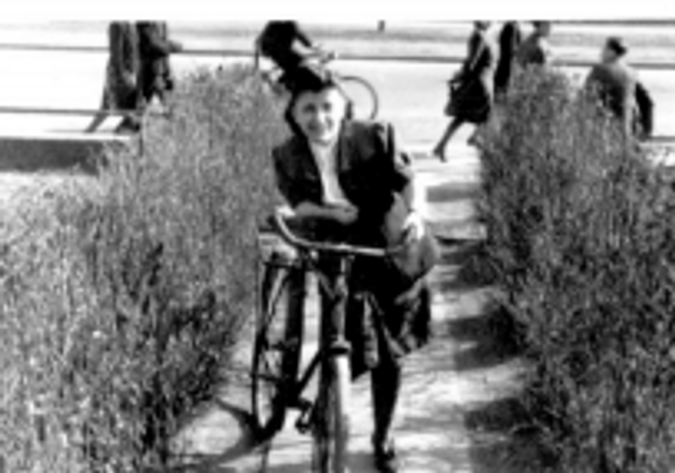 My father was always a gadget guy and during his travels picked up a Leica 3C and began memorializing his travels in post-war Germany. He was involved in schemes and scams that involved making runs to Hamburg for gold and diamonds. 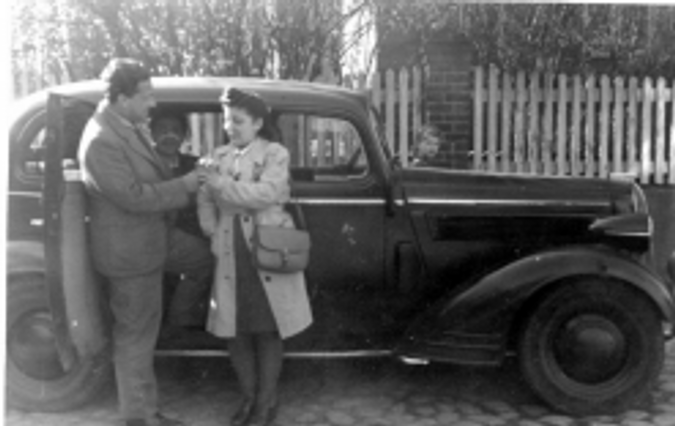 The author’s mother and her chauffeur. Image by Joel Sucher

At some point in his travels he met his future wife, my mother, as well as her mother, both of whom had survived the war. An Auschwitz guard allowed my grandmother to pull back her young daughter from the line destined for extermination via Dr. Mengele’s selection. Eventually they were packed off to a pistol manufacturing factory and survived there due to the moral nature of the factory owner, a man with secret anti-Nazi sentiments. 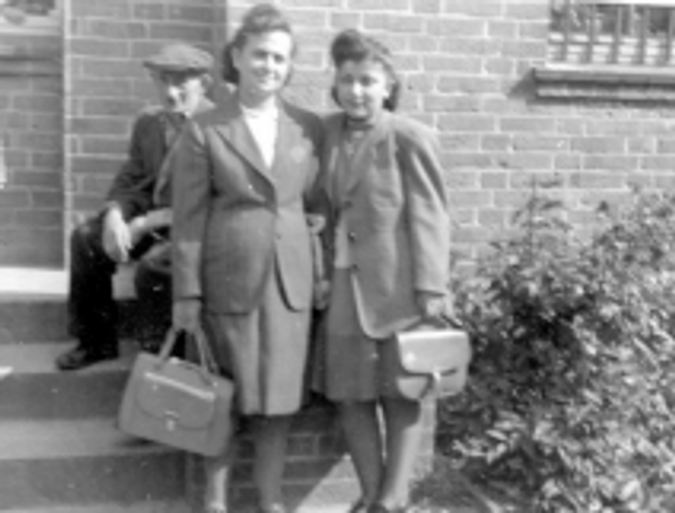 The author’s mother and grandmother. Image by Joel Sucher

My father was a true entrepreneur in every sense of the word. Black market loot allowed him to tie the knot with my mother and support a number of surviving relatives.The ultimate irony: a former police chief of Berlin became his chauffeur.

I was born on March 28, 1949, attended to by a prominent physician and full-time nurse. The author and mother at birth. Image by Joel Sucher

But post-war Germany held little promise for an ambitious young Jew, so he turned his gaze towards America: Brooklyn, it turned out. We all managed to make it in under the Displaced Persons Act; we arrived at Idlewild Airport (now JFK) on a hot summer’s day in August of 1949. 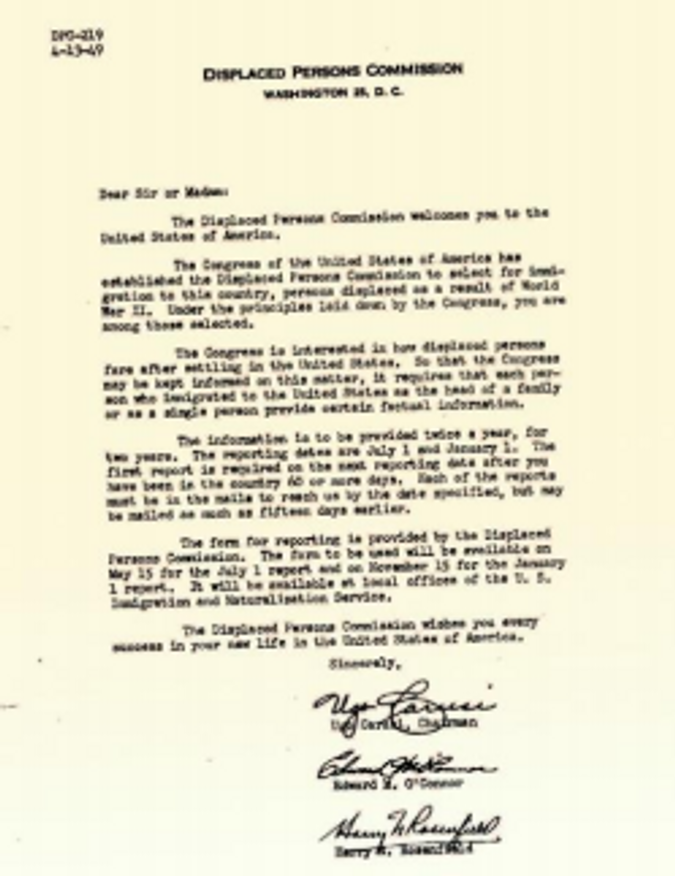 Brooklyn in the 1950’s was a provincial patchwork of ethnic neighborhoods inhabited by immigrants — Irish and Italians – and communities like East New York which were overwhelmingly Jewish.

The house where I grew up, was one of many brick three-flight walk-ups replete with smelly coal-fired boilers, greasy linoleum hallways and creaky backyard clothes lines. 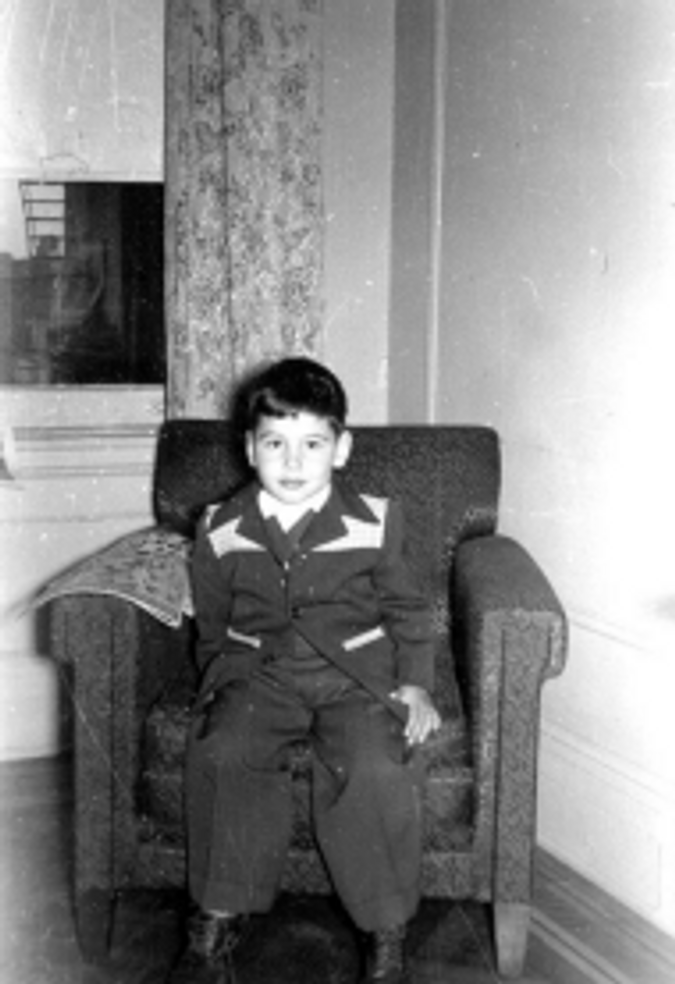 The author as a kid. Image by Joel Sucher

My father started a scrap auto parts business and on one occasion he stopped by a local car dealership to see if there was anything to purchase. Before any employee had a chance to answer, a cop killing time loudly proclaimed that it was a shame Hitler “hadn’t killed all you Jews.”

A battle was joined. As it turned out the policeman in question was himself Jewish and none too taken with these foreign interlopers. A local police chaplain – Jewish – was called in to square things out and avoid any damning publicity, but my father was always proud that he stood his ground; despite losing a tooth in the altercation. 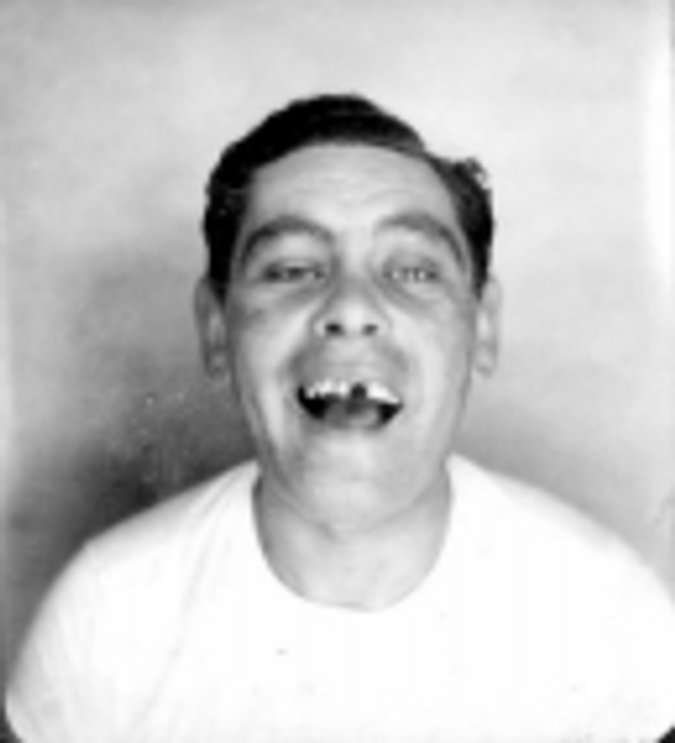 After a few years, my father began to make enough for us – my mother, grandmother, new baby sister and aunt, uncle – to summer in the Catskills. It was a schlep to get up there and my father and uncle had to leave Sunday evenings to get back to work. Late Friday they would both make their way back up to the cheap hotel – the Majestic – that catered to working class Jews. The author and family at the Majestic in the Catskills. Image by Joel Sucher

Rockaway, Queens, was a better option. It was closer to Brooklyn and an easier commute for my father and uncle. It was in the Rockaways that I had my first taste of real antisemitism thanks to the local Irish kids, part of an old line blue collar community – pejoratively referred to as Shanty Irish.

Like my father I never backed down. No thought was given to the fact that all us combatants were part of the same socio-economic class; both groups having experienced discrimination albeit at different historical times. For the many years we summered in the Rockaways, I rarely felt any pleasure at the prospect of making the trek over the Cross Bay Bridge. I shied away from anything that smacked or sounded like the “old country;” my family’s accents were a source of endless embarrassment when friends would come over.

And, my name? That was a source of mystery. My original entry documents marked me as “Ami.” My naturalization papers declared me “Emile;” which I hated passionately.

As my father climbed the ladder to “real American,” he shed a bit of the old country, changing Felix to Philip and offering me a chance to shed Emile for the all-American, Joel. The author with a toy gun. Image by Joel Sucher

My father passed away in 1991. It was only after his demise that secrets began to spill out. One involved a treasure map of sorts he handed me in his waning days, directing me to follow its instructions upon his death. It turned out to be a schematic of the dropped ceiling in the basement of the middle class home he had bought in North Woodmere.

In the days following his funeral, my sister and I tore apart the ceiling tiles and, lo and behold, found an extensive cache of cash, gold and diamonds — no doubt, in his mind, protection against future pogroms. The author’s father and an unknown woman. Image by Joel Sucher

Other mysteries, however, such as a wife he allegedly had before the war, remain. The pictures on the camera may be worth 1000 words, but the people in the images can’t tell their stories.

Joel Sucher is one of the founders of Pacific Street Films and producer of films like “Free Voice of Labor: The Jewish Anarchists” and “From Swastika to Jim Crow.”