In Jewish tradition, sodomy doesn’t mean what you think 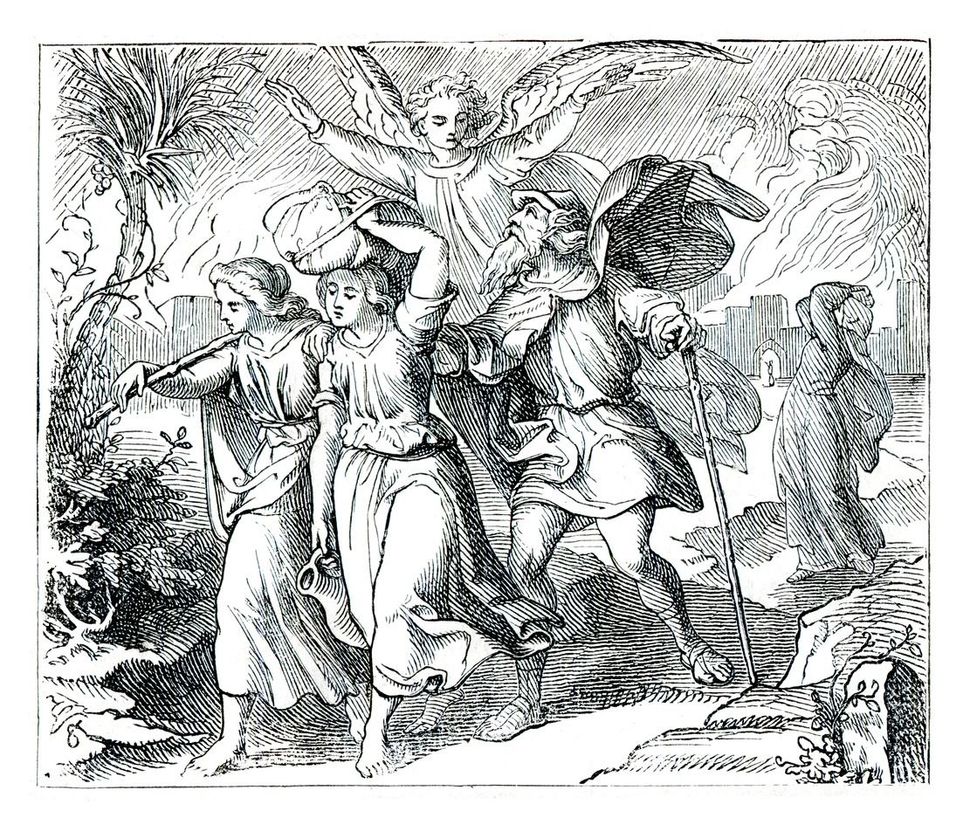 I constantly stress to my students in Hillel that the dominant Western or Christian-centric exegesis of biblical stories is often very much the opposite of Jewish interpretation.

This is true with the creation story and the subsequent eating from the tree, which Jewish thinkers read as a story of human empowerment as we gained the ability to discern good from evil, and which Christian exegetes paint as a story of original sin where humans are thereby rendered incapable of their own salvation.

It’s true about the Akeda, which Jewish thinkers use as a foundational narrative to explore and debate their discomfort with God commanding such an abhorrent act (There must be something in the story we are missing, they say), while Christian thinkers use it to support an argument that blind and even paradoxical faith is the highest religious virtue. And it’s true for dozens of other examples sprinkled throughout the Hebrew Bible.

One particular example, one which I find increasingly relevant in these political times, is the story of Sodom and Gomorrah.

“Wait, Sodom and Gomorrah! Isn’t that the really anti-gay story in the Bible?”

This is the response I received from most of my students as I began to lead a class on the topic a few days back. And why shouldn’t it be? Understanding Sodom as an anti-gay story has been the dominant Christian/Western interpretation for millenium. An interpretation so dominant that it has even culminated into a word, “sodomy,” that has historically been used to pass laws against homosexual activity.

Needless to say this is not how the Jewish tradition has understood this story. While there is a slight nod to the homosexual interpretation, albeit in a radically different way than you might think, the Jewish understanding of this narratives goes in a completely different direction.

We know that Sodom becomes the paradigm of evil for biblical thinkers. Prophet after prophet arrives to warn the people to distance themselves from the nefarious actions of Sodom lest they suffer a similar outcome. But what was so bad about Sodom? Why specifically did it “merit” to forever be the exemplar of wrongdoing?

The prophet Ezekiel begins to answer this question:

Now this was the sin of your sister Sodom: She and her daughters were arrogant, overfed and unconcerned; they did not help the poor and needy. They were haughty and did detestable things before me. Therefore I did away with them as you have seen. (Ezekiel 16:49-50)

Ezekiel explicitly says that the sin of Sodom was that “they did not help the poor and the needy.” He then goes on to say that they “did detestable things before me.”

The language here is important. Generations of Christian thinkers assumed that “detestable things” was an allusion to homosexuality, and thus included Ezekiel within their interpretation. The Talmud, however, begs to differ.

The people of Sodom said: Since we live in a land from which bread comes and has the dust of gold, we have everything that we need. Why do we need travelers, as they come only to divest us of our property? Come, let us cause the proper treatment of travelers to be forgotten from our land. (Talmud Sanhedrin 109a)

The Talmud basically understands Sodom’s chief iniquity to be the fact that they closed off their gates to strangers. One of the Torah’s central principles is the fact that Jews were once strangers in the land of Egypt, which endowed us with the moral imperative to care for the less fortunate; shunning travelers is a big transgression.

Whenever a pauper happened to come to them, each and every Sodomite would give him a dinar, and before doing so would write his name on [the coin] And, as per a prior agreement, [the Sodomites] would not offer [the pauper] bread. When [the pauper] eventually died of hunger, each and every Sodomite came and took back his coin (Talmud Sanhedrin 109a).

In Talmudic thinking, running a society that closes its gates to foreigners will eventually lead to subterfuge and even passive murder. Perhaps worse is that here, the Sodomites are presenting a facade of welcoming. One final Midrashic take should drive this point home:

R. Levi said: [God said]: ‘Even if I wished to keep silent, justice for a certain maiden (ribah) does not permit Me to keep silent.’ For it once happened that two girls went down to draw water from a well. One said to the other, ‘Why are you so pale?’She replied: ‘We have no more food left and are ready to die.” What did she do? She filled her pitcher with flour and they exchanged [their pitchers], each taking the other’s. When they [the Sodomites] discovered this, they took and burnt her. (Genesis Rabbah 49:6)

I have written plenty about immigration from both a Jewish and universal perspective and it is not my desire here to rehash that conversation. Instead I want to conclude with a well-known Mishna that both highlights the sheer spectrum of opinion on this matter within the Jewish tradition.

Which side you find convincing is henceforth up to you.

Moshe Daniel Levine is the Senior Jewish Educator at OC Hillel and a Rabbinic fellow at Temple Beth Tikvah. You can read more of his writing here. He can be reached at [email protected]

In Jewish tradition, sodomy doesn’t mean what you think