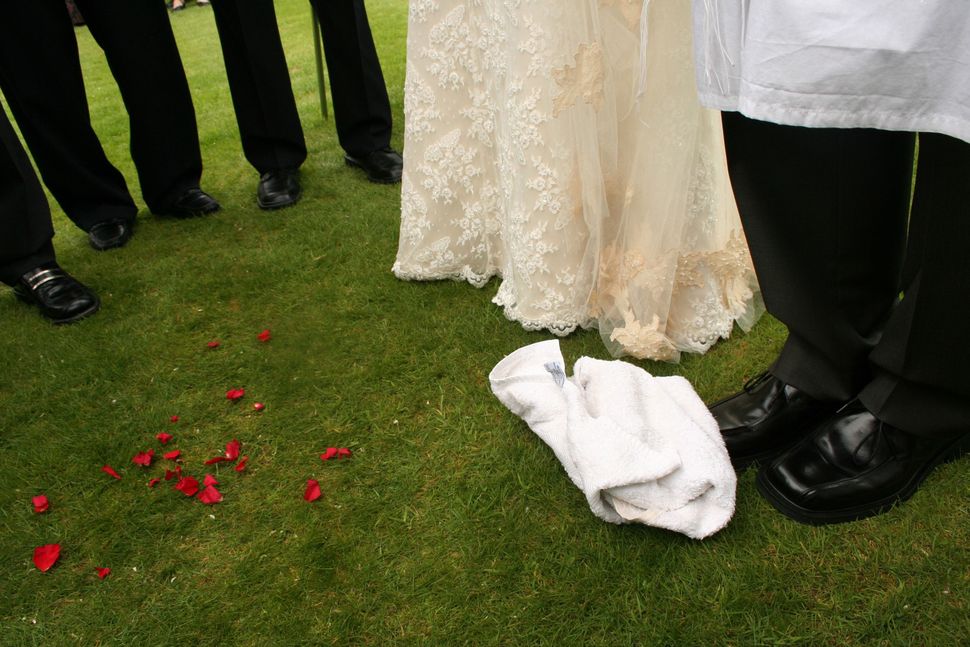 You can find another perspective on this crucial topic here.

It has been precisely 30 years since the National Jewish Population Study of 1990 created a seismic earthquake within the United States Jewish community. The survey revealed an intermarriage rate of 52%. This was a significant growth from the estimated 44% during the years between 1975 and 1984, and 9% before 1965. Of further concern was the estimate that of the 777,000 children raised in interfaith families, only 28% were being raised as Jews.

The Jewish community reacted strongly. As CEO of the United Synagogue at the time, I knew that a dramatic response was necessary. And I was not alone.

Leaders from a wide spectrum of institutions committed themselves to the goal of increasing the rate of Jews marrying other Jews. Resources were reallocated. Creative strategies were imagined by organizational leaders. New initiatives and funding were focused toward enriching Jewish education. Investments were made in Jewish camping and other informal experiences for Jewish youth. Generous donors created and funded programs such as Birthright. Hillel budgets were increased. All of these efforts were focused on the goal of reducing the number of Jews who would intermarry.

It didn’t work. By 2013, The Pew Research Center estimated that 72% of non-Orthodox Jews married non-Jews, and with this marked growth came a radical change in perspective. Since the initiatives to lower the intermarriage rate had evidently not worked, many leaders and their organizations sought new approaches to the challenge of increasing the size of the Jewish community.

Because a large number of Jewish decision makers had families with intermarried children or grandchildren, much of the emphasis morphed into welcoming the intermarried Jew into the community. Many congregations have initiated creative and constructive approaches to integrating interfaith families into the congregation. There are synagogues that have modified their by-laws to provide certain rights and privileges to the non-Jewish spouse, and some congregations have created new ritual roles for non-Jews. Synagogues and umbrella organizations have established human resources and various guides to aid intermarried families to feel at home. Foundations have been generously funding initiatives to ensure effective outreach to interfaith families. Engagement with the intermarried has become a priority.

This is not to say that we should abandon fostering and engaging with interfaith families. After all, the two are not mutually exclusive. Think about it: We continue to affirm the mitzvah of keeping the dietary laws while welcoming those who do choose not to keep kosher into our communities. We continue to affirm the importance of Shabbat observance, but we embrace those who do not.

But like Shabbat and Kashrut, marrying a Jew is a value for our community. Many studies affirm that marriage between two committed Jews is the best guarantor of Jewish heirs. And as we’ve learned from the Birthright data, it also facilitates living a life that is engaged with Judaism. Spouses sharing religious commitments and values can help shape a home life infused with Jewish ideals, culture and practice and in which Jewish bonds can be more easily formed.

So while it’s important to foster and engage interfaith families, so, too, is it important to encourage its opposite. Let us welcome the intermarried Jew at the same time that we maintain the import of Jews marrying other Jews.

To do this, we must create a new “language” and an effective vocabulary that will enable us to deliver the message in a fashion that will not alienate those who have not married Jews. Just as Shabbat and Kashrut are important values and commandments that we teach to many who will ignore the message with carefully chosen words that will be most effective without being alienating, in this spirit I suggest we refocus our attention to the value of marrying a Jew.

Now is a moment that calls for another bold change, a moment to rebalance our priorities to include an agenda of Jews marrying Jews.