Menu
HomeInterfaith Families Are An Essential Part Of Our Community. Stop Excluding Them
Image by iStock

Last week, it was widely reported that Israel’s new minister of education likened Jewish intermarriage to the Holocaust. Like many, I felt gut-punched when I read his hateful words.

Once again, interfaith families are being used as a proxy and scapegoat for disengagement with Jewish life and Israel. Once again, we hear a Jewish leader in a position of authority using his worldwide stage to deride and degrade Jewish interfaith couples and families.

Many of us have become hardened to comments like his, after decades of hearing North American Jewish leaders and professionals subtly, or not so subtly, put down interfaith couples and families as substandard, as second best.

The Holocaust was an atrocity — the calculated, measured, purposeful attempt to eradicate Jewish people and other marginalized minority populations from the face of the earth. It is an incomparable horror and barbaric crime against humanity.

Interfaith couples are not about the eradication of anything; in contrast, we are about a desire to build something — a home, a life, a community — together, connecting to Jewish life in a way that makes sense to us. And many of us are the children and grandchildren of Holocaust survivors. To compare us to a barbaric crime that stole our family from us is simply cruel.

At InterfaithFamily, we see interfaith couples and families for who and what we are: close friends, loving parents, thoughtful children, valued neighbors — many of whom contribute in deep, meaningful ways to our Jewish communities. As experts in the field since 2001, we can tell you what doesn’t make interfaith couples and families want to connect to Jewish life or become part of the Jewish community: Hurtful, shameful rhetoric like this.

The minister’s outrageous, hateful language has no place in the Jewish community. Thankfully, there are now more Jewish leaders, clergy, professionals, and institutions than ever before who are embracing interfaith couples and families in their communities.

We know, because they come to us to learn the best practices and to be part of our efforts to build more inclusive Jewish communities through our Jewish clergy officiation referral service, the Rukin Rabbinic Fellowship, the Interfaith Inclusion Leadership Initiative, and other professional development work. But the work is far from over — and with your help, we can get there.

For too long, we have seen Jewish communal and Israeli leaders rail against Jewish interfaith families, and blame us and our loved ones for all of the ills facing the Jewish community today. This must stop.

Not only must we decry the hatred and outrageousness underpinning the minister’s words. We must also fight to ensure that all of the Jewish interfaith couples and families in our midst know that they are loved, accepted and included, and that there is a place for them in Jewish life. Too often, interfaith couples and families still report that they hear negative comments in Jewish settings about their family makeup. Together, we can change that.

That’s why we created the Pledge to Support Interfaith Couples and Families:

In the week since we have announced the pledge, more than 600 people have raised their hands against hatred and rejection. I hope you’ll join them, and share that you’ve done so with the members of your broader community.

By speaking up, you make it clear to interfaith couples and families in your community that you stand with them, and you stand up for them. Your action against hateful remarks can help ensure a more inclusive, vibrant Jewish community, filled with more love and less hate.

Jodi Bromberg is the CEO of InterfaithFamily, a national organization focused on connecting interfaith couples and families to Jewish life. She is also part of a second generation interfaith family.

We must welcome - not exclude - interfaith families 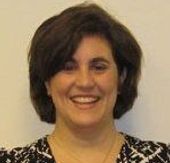 Interfaith Families Are An Essential Part Of Our Community. Stop Excluding Them