Racism is exploding in Israeli and Palestinian youth. Only one thing can stop it. 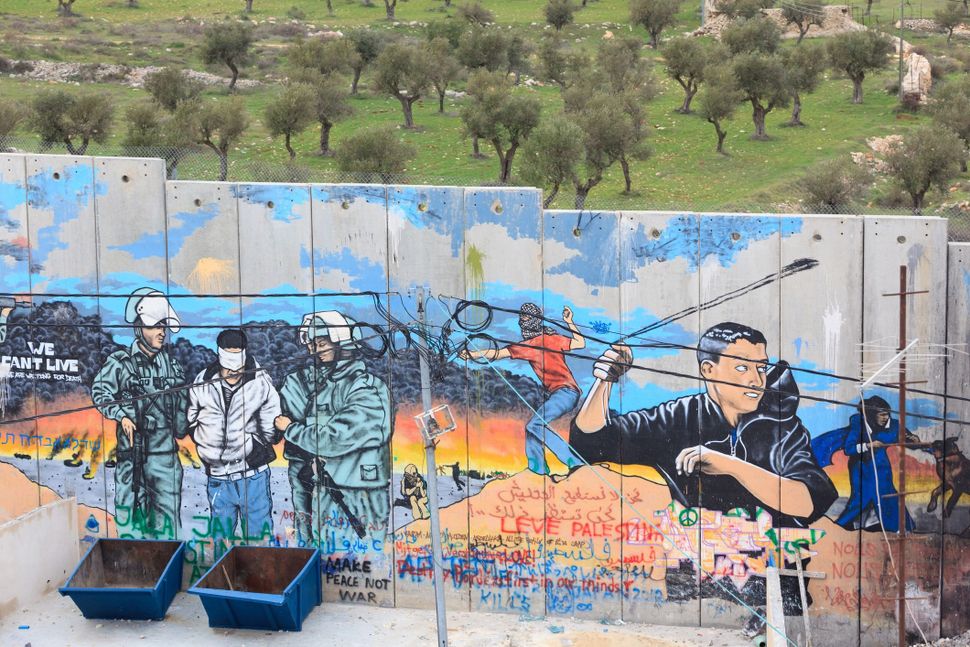 The kids in Israel and Palestine are not alright. Almost half of Israeli high school students told pollsters in 2016 that they don’t think Arab citizens should be allowed to vote or sit in the Knesset. Meanwhile, 73% of Palestinian youth told pollsters in 2015 that they supported the knife intifada. Also in 2016, 82% of Israeli 11th and 12th graders said there was “no chance” of reaching a deal of some sort with the Palestinians.

These young people should not be blamed for their attitudes; they’re the product of a dysfunctional environment that their leaders, and we in the international community, have bestowed upon them. The emerging generation of Israelis and Palestinians have less experience of each other than probably any cohort since 1967.

This is not only due to the profound physical separation that has been embedded since the horrific violence of the Second Intifada. The walls, checkpoints and permits and the hermetic seal around Gaza are all compounded by an intense psychological separation too, with both peoples only seeing the very worst stereotypes of each other.

For most Palestinians, it is the sight of settlers destroying olive trees or seizing land, or soldiers manning checkpoints. For most Israelis, the only time Palestinians, living mere miles away but rendered invisible, intrude into their field of vision is when they see news of a violent attack on television.

The political consequence of these attitudes is also depressingly predictable, with support for a negotiated two-state solution well below 50% in both societies, falling rapidly the younger the person you ask. And each electorate is primed to return leaders who reflect that reality.

While this is the reality for the vast majority of Israeli and Palestinian youth, it is not the reality for all. There exists a subset, an anomaly — a vanguard, even — who know each other deeply. Who understand the nuances, richness and authenticity of the other’s narrative without having to accept it in place of their own.

The Alliance for Middle East Peace is a network of over 125 peace-building groups, and a home for such people. I am proud to serve as the Executive Director. The work of our members is demonstrated to halt and reverse precisely these same attitudes.

And it’s working. 77% of young people who participated in the programs of one of our members, the Parents Circle Bereaved Families’ Forum, reported an increased belief in the possibility of reconciliation. 71% said that they had improved trust and empathy for the other, while 68% increased their level of acknowledgment of the other’s narrative.

This is not limited to one program or one organization. Study after study shows that these programs are effective, and that they can overturn the attitudes that, undisrupted, promise conflict escalation rather than resolution.

Yet, with so few other tools that are proven to be effective in transforming attitudes, the international community has largely treated them as an afterthought or a public relations asset. Until now.

This past year, thanks to the bipartisan leadership of Congresswoman Nita Lowey and Congressman Jeff Fortenberry, a piece of legislation investing $250 million into these programs, as well as parallel economic projects that can create jobs and hope for the future for Palestinian youth, has passed through the House of Representatives. The Middle East Partnership for Peace Act is the result of over a decade of campaigning by ALLMEP for an International Fund for Israeli-Palestinian Peace. The concept is based on the innovative International Fund for Ireland, which put well over $1 billion into peace building, starting twelve years before the Good Friday Agreement, in order to create the conditions necessary for such a breakthrough. It was, the UK’s Chief Negotiator Jonathan Powell said, “the great using hero of the peace process.” Last month in Westminster, during a 90 minute debate focusing on the International Fund for Israeli-Palestinian Peace, every single MP drawn from every party endorsed the concept, mirroring the bipartisan support generated in Washington.

This transatlantic alignment is the result of a widespread recognition that the polarization, fear and hatred that now exists between Israelis and Palestinians makes any successful push toward final status very unlikely to succeed. As then-Secretary of State John Kerry said, reflecting on why his own energetic but unsuccessful efforts in 2014 fell short, “In the end, I believe the negotiations did not fail because the gaps were too wide, but because the level of trust was too low. Both sides were concerned that any concessions would not be reciprocated and would come at too great a political cost. And the deep public skepticism only made it more difficult for them to be able to take risks.”

Investing in those people and movements is not just nice; it’s necessary. As Member of Parliament Catherine McKinnell, a member of both Labour Friends of Israel and Labour Friends of Palestine, put it in November’s Westminster debate on the International Fund, “People-to-people work is not a fluffy afterthought. The civil society dimension of peace building is about very practical politics. It is about how to garner public support for any future agreement and ensure that agreement can weather the challenges that it will inevitably face in the medium to long term. Peace building is essential for peacemaking.”

On December 15th, ALLMEP will be drawing together some of the leading foreign policy voices in the U.S. Congress and the Palace of Westminster, as well as the UN’s Special Coordinator, a Nobel Peace Prize Winner, and celebrities such as Sir Patrick Stewart, Jason Isaacs and Laetïtia Eiïdo. Together, they will be shining a light on dozens of Palestinian and Israeli peace activists, and on the International Fund that is on the verge of being secured, promising to radically scale their work.

Amid political dysfunction and polarization, and with leaders either unable or unwilling to prioritize a just and negotiated peace between both peoples, this work must now take centre stage, so that it can disrupt and rearrange those realities.

As one European diplomat, exasperated with his interactions with Israeli and Palestinian political leaders, told me last year, “People-to-people work is now the only game in town.”

So let’s do it right.

John Lyndon is the Executive Director of ALLMEP. Join ALLMEP for their first virtual gathering “Shine a Light: A Global Livestream” and learn more about EcoPeace and other ALLMEP members, together with leading politicians from across the globe as well as VIP guests from the world of entertainment. December 15th, at 10am PST | 1pm EST | 6pm GMT | 7pm CET | 8pm JLM

Racism is exploding in Israeli and Palestinian youth. Only one thing can stop it.