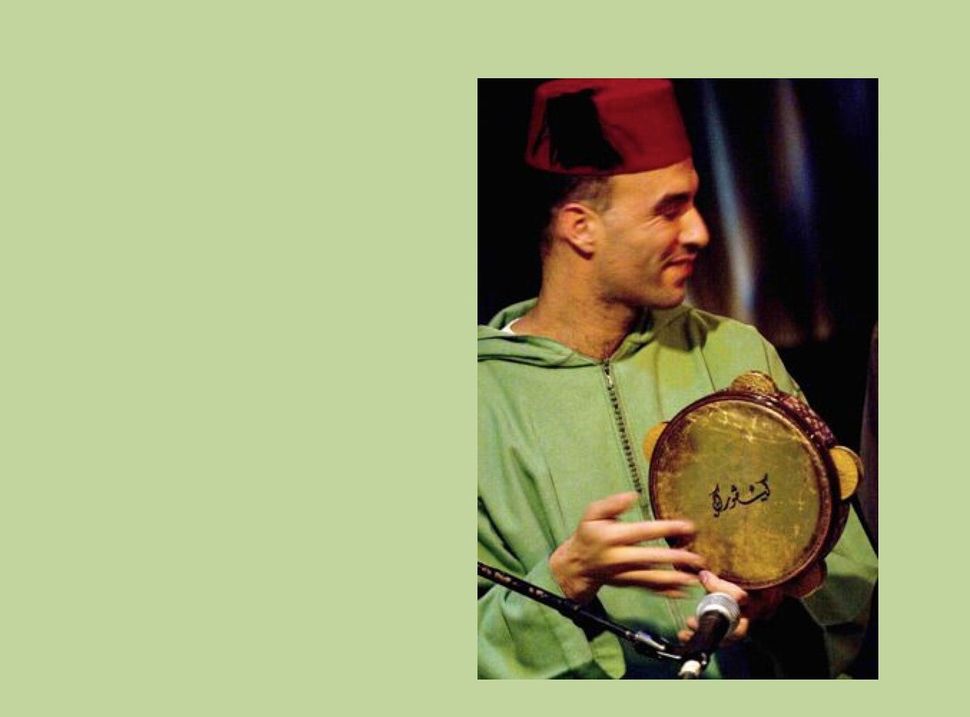 Until the Van Gogh of finger-painting comes along, your best chance of seeing a kindergarten toy played with virtuoso skill is to catch David Buchbut, from the group Layali El Andalus, playing the tambourine. I first saw him in New York during a short concert he gave accompanying Iraqi-Israeli oud player Yair Dalal. The audience — who had come to see Dalal, a world-famous composer and virtuoso of the Arab lute — sat mesmerized by Dalal’s Israeli accompanist. 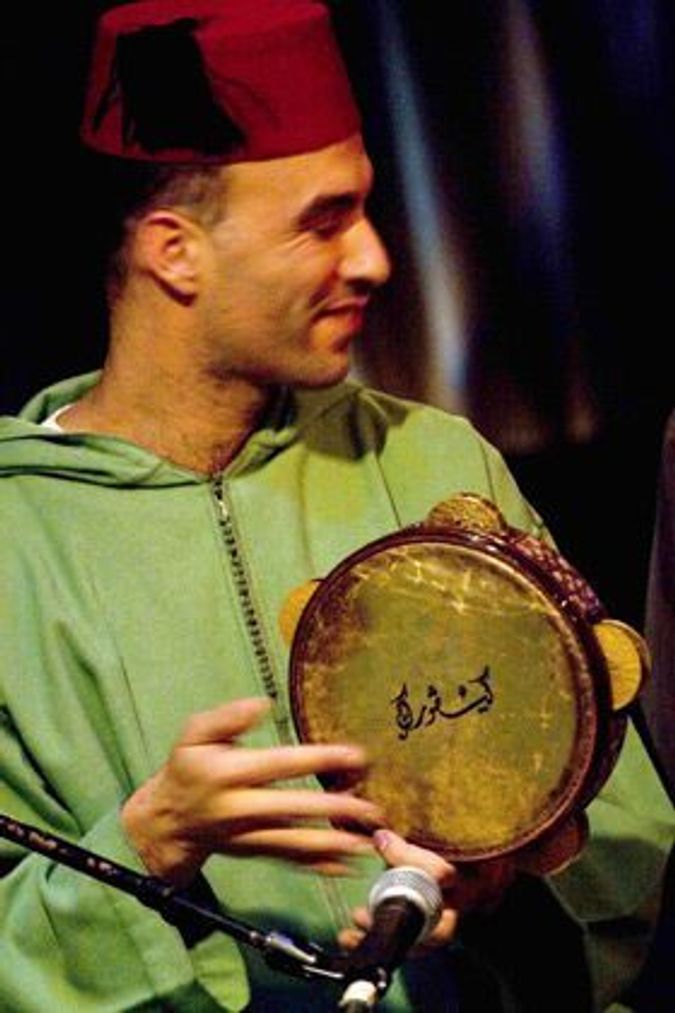 For a Western audience accustomed to big men with sticks hitting a battery of large barrels, the delicate play of sensitive fingers over a tiny expanse of taut skin is a surprise and a delight not just to the ear, but also to the eye. When Buchbut began to play, his fingers began to dance: cupping and tapping and caressing the tambourine at the rim, at the center, behind the mini-cymbals. Of course there are different ways of playing, depending on the context, but with a relaxed and calm Dalal by his side, Buchbut played with a still, straight back and visibly soft hands, gently griping onto the side of the skin every few measures just to tighten the note and to address his upper, holding hand.

The tambourine, or “riq” as it’s called in Arabic, is actually, despite its Western connotations of preschool classrooms, a staple of classical Arabic music. Unlike kids or folk dancers who shake or clap it, classical musicians hold it vertically and still, at knee level. Like the larger bongolike dumbek, there are three major categories of sound: the “dum” the “tak” and the “kat.” But on the riq, each note can be varied not only by the tension and pace of the hand or the number of fingers applied, but also by the amount of accompanying jingle, the tautness of the drum skin and the amount of resonance the player allows any given beat or sequence.

What makes it so hypnotic and so deeply impressive is the range of simultaneous effects that the skilled player can conjure from the single instrument. In duets such as those that Buchbut played with Dalal, the audience is left wondering how the rhythmic scatter of one person’s hands around the riq could possibly correspond to the complicated, insistent percussion section accompanying the oud. Each finger is almost its own instrumentalist, playing a different pattern on its own and as part of a group.

With modesty appropriate for a player of this most self-effacing of percussion instruments, Buchbut says he knows for certain of two riq players better than himself in New York, and resists any attempt to talk about himself as one of the great riq players of that city. A software engineer by day, he took up the riq only eight years ago. “I was going to learn the djembe [a knee-high drum], but my friend’s girlfriend was learning belly-dancing, so he wanted to learn the dumbek to accompany her, so I started learning with him, and learning the riq came from that,” he said.

When he’s back in Israel he learns riq and the larger frame drum with Zohar Fresco. He praises Fresco and Michel Merhej, his 80-year-old classical riq teacher, who he says is “above everyone — the ‘King of the Riq.’” He also mentions David Kuckhermann, a German percussionist who lived in Manhattan before he returned to Berlin — “search for ‘riq solo’ on YouTube” Buchbut urged.

If you follow his bidding you’ll find a variety of films showing the characteristic combination of zen calmness in the player and unfeasible complexity of the sounds: the dance of the hands and the stillness of the body. A solo by Kuckhermann takes two minutes that seem to pass in a second but last an hour.

That particular YouTube video is a solo, but most of the postings reflect the fact that the riq is mainly an ensemble instrument. It is a vital part of nuba— a North African form of music whose provenance (whether mythical or real) stretches back to Andalusia in the ninth century. Under the leadership of Moroccan musician Rachid Halihal, Layali El Andalus represents the Judeo-Muslim mix embraced during Andalusia’s golden age. The group presents a mixture of North African styles.

Based in New York, Layali El Andalus are just one part of a musical movement that embraces the traditionally multi-ethnic Levantine culture of the southern Mediterranean. Israeli musicians as disparate as Yair Dalal, Kobi Oz (formerly of Teapacks) and Zohar Fresco, excited about the music, are working with maestros from many countries and religions. For example, Fresco, of Turkish parentage, played for the Arab-Jewish ensemble Bustan Abraham before touring with the classical Arab musical group Ziryab and globally with Israeli pop stars Achinoam Nini and Gil Dor.

Despite the many pleasures along the way, musical virtuosity and cultural integration are serious endeavors. Watching Buchbut is salutary for both. As he practices this example of a shared heritage a combination of simple movements belies the tumblingly beautiful outcome. Even when a cultural intersection comes in the shape of a kindergarten toy, the art of rhythm is no child’s play.

Dan Friedman can be contacted at [email protected]