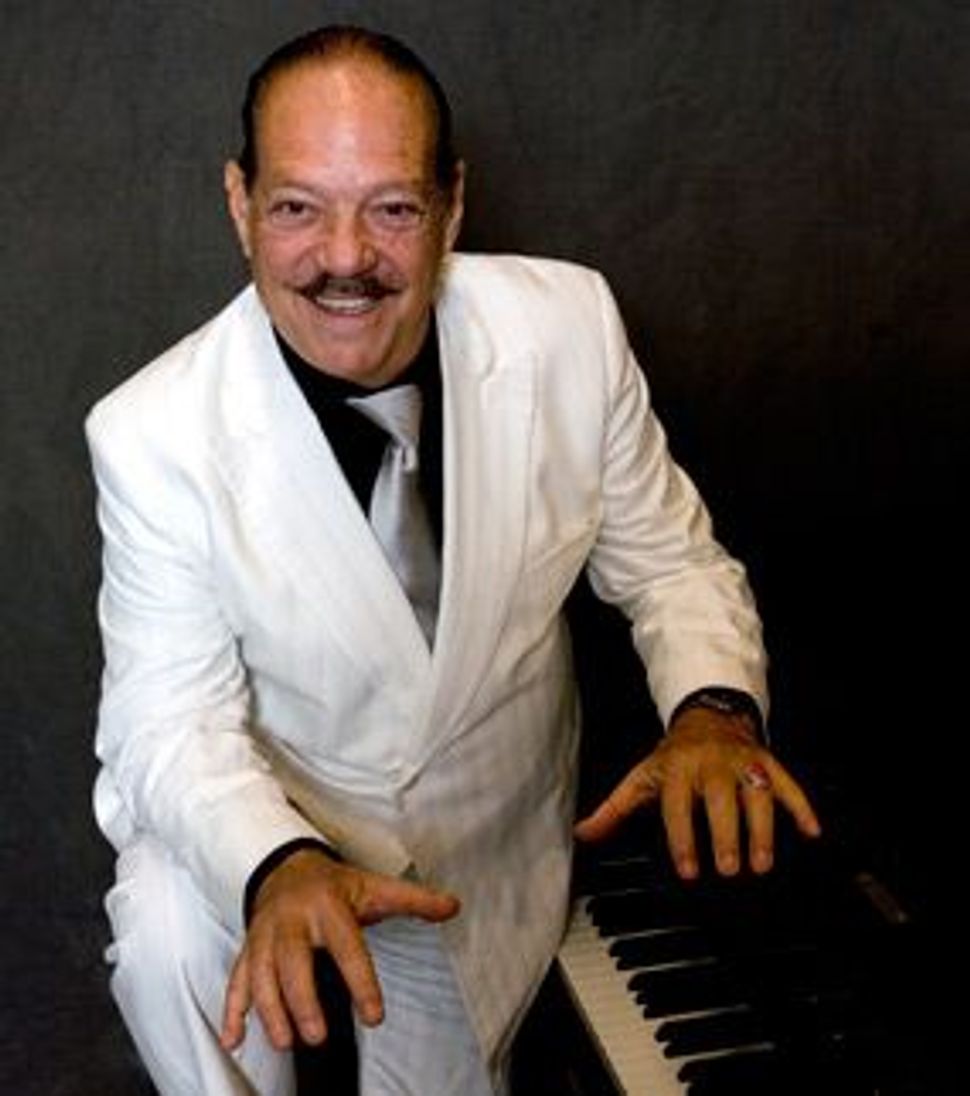 Jews are drawn to Latin music, much as they are to Chinese food, by a combination of sensual pleasure and the liberation which comes from exoticism. Such is the conclusion to be drawn from the stellar career of salsa music performer and composer Larry Harlow (born Lawrence Ira Kahn in Brooklyn in 1939), who earned the moniker “El Judio Maravilloso” (The Amazing Jew) from admiring salsa colleagues.

Harlow, still actively touring, is not the only Jewish salsa king, as a whole generation of “mamboniks” in the Catskills a half-century ago included the bandleader Alfredito Levy (born Alan Levy in Forest Hills, Queens) and sax player Schep Pullman, who performed under the name “Chepito” to sound more Latin. Yet Harlow’s majestic series of records on the Fania label are unique, breathing joyous authenticity and rhythmic verve. His utterly idiomatic and elegant mastery has made Harlow a favorite at universities like Yale.

Harlow’s musical roots ascend to his father, Buddy Kahn, who worked as a bandleader at New York’s Latin Quarter nightclub under the stage name Buddy Harlowe. Some Jewish-Latin cultural interactions may end comically, as when the great Puerto Rican musician Jimmy Sabater ordered Schav at a Catskills restaurant.

Five years ago, “The Forward”’s Jay Michaelson reviewed, in a light-hearted essay in cross-culturalism, a humor CD entitled “Meshugeneh Mambo” by the Cleveland-based Yiddishe Cup Klezmer Band. Harlow’s music is of another order entirely: passionate, direct, soaringly authoritative. His prolific output of many dozens of CDs is a rich legacy for music lovers everywhere.

Watch a PBS documentary on Harlow (introduced by another Latino legend, the Mets’ Keith Hernandez) parts 1 and 2 below.