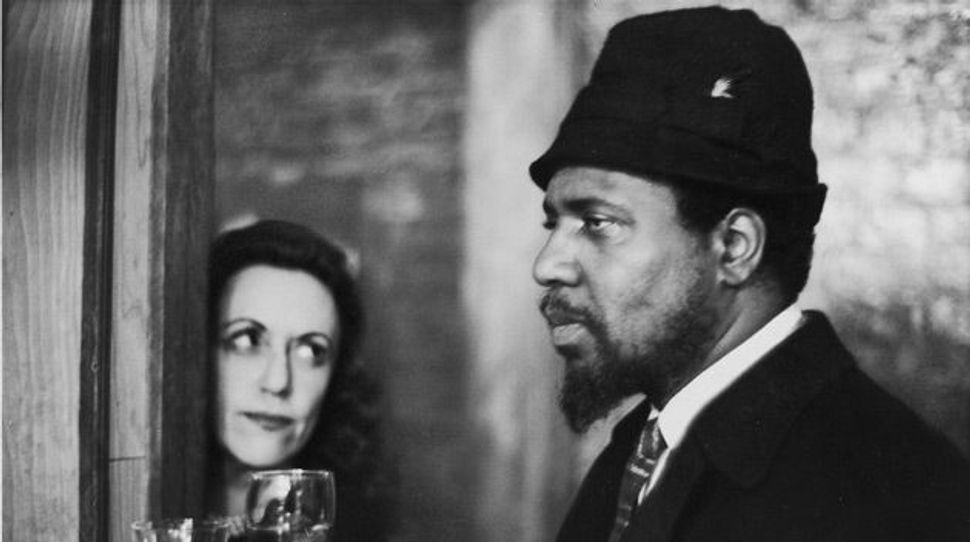 Behind Every Great Man: Thelonious Monk had Pannonica ?Nica? Rothschild and his wife, Nellie, to support his musical life. Image by Getty Images

When was the last time music changed your life? Not just to the extent of humming Wagner in public, but to the extent of abandoning your family to rent a hotel room in New York and embrace the young, vulnerable and frankly dangerous world of bebop? That’s what happened in the late 1940s when Nica Rothschild (Baroness Pannonica “Nica” de Koenigswarter, née Kathleen Annie Pannonica Rothschild) heard Thelonious Monk’s “’Round Midnight.”

“The Jazz Baroness,” a documentary about Nica by her great-niece Hannah Rothschild, was originally made for the BBC, and the brief overviews of American history seem somewhat naive. Nevertheless, it provides some amazing testimonies to the older Rothschild’s influence. Hannah Rothschild speaks to Sonny Rollins, Quincy Jones, Clint Eastwood and Thelonious Monk Jr. Eastwood, who knew her, says of Nica that “she embraced the culture of Bop and Jazz musicians and the rebellion of it.”

Nica knew all the great New York jazzmen and helped them, whether by buying groceries, acting as an occasional ambulance service, paying overdue rent, getting musicians’ instrument out of hock or making hospital visits. Although not a musician herself, her status as muse is unchallenged and well documented in the 1988 documentary “Straight, No Chaser,” from which this documentary borrows footage.

As Eastwood points out, she knew “Sonny Rollins, Bud Powell, Art Blakey, all the cats.” Charlie “Bird” Parker died in her room at the Stanhope Hotel while she was trying to help him recuperate from an ulcer and pneumonia caused by his latest bout of substance abuse. She even published a book with her five children and granddaughter, Nadine, called “Les Musiciens de Jazz et Leurs Trois Vœux” (“Jazz Musicians and Their Three Wishes”), in which Miles Davis confided his wish to be white. And among the many musical tributes to Nica were “Nica’s Dream” by Horace Silver, “Nica’s Tempo” by Art Blakey & the Jazz Messengers and “Little Butterfly” by Jon Hendricks.

But as Tommy Flanagan’s tribute, “Thelonica,” suggests, she was Monk’s special mentor. Although Hannah describes it as a “love affair,” there is no record — and plenty of denial — that their intimacy was romantic. Romance certainly wasn’t the point.

Monk was a musical genius before Nica arrived in New York, but he was a self-destructive one with apparently schizoid tendencies, a severe drug habit and a lack of money in a world where no one yet cared about his jazz or bebop. Add to that list the endemic racism of postwar New York, and even Monk’s wife, Nellie, might not have been able to save him until his genius was recognized. Nica even took a drug rap for Monk that would have landed her in prison for three years if she hadn’t gotten off on a technicality. Among his songs for Nica (notably “Coming on the Hudson” and “Bolivar Blues”), his tribute to her, “Pannonica,” is one of the most profound dedications in the history of 20th-century music.

Hannah’s great-aunt Miriam is another great hero of the film — in fact, another cipher for Hannah, in the absence of Nica. As an entomologist, she’s the perfect person to talk about the childhood of a sister who’s named after a butterfly. Miriam talks about racism:

The office boy has got to kick the cat downstairs. Everybody’s got to have something below them that they can either bully or torment… It’s just unlucky if you happen to be Jewish because you’re one of the easiest things to kick downstairs

Quincy Jones is also questioned about racial prejudice: “It’s a psychological disease. Make yourself feel like a giant by making other people feel like midgets.” Nica and Monk are paralleled, Miriam Rothschild and Jones are paralleled, but Hannah remains obdurately alone.

Hannah states early in “The Jazz Baroness” that she wants to find out whether her great-aunt Nica is a “possible role model” for her, given both of their discomforts at growing up as Rothschild women. The entomologist Gaden Robinson helps her find the butterfly that Nica’s entomologist father caught, and after which Nica was named. While getting lost among pinned and mounted lepidoptera he says he’s “gone off beam.” Hannah goes off beam from title to ending. But that’s for the best, her great-aunt’s life would take some matching: fighting with the Free French forces in the war, living as a baroness in Mexico, succoring a generation of jazzmen in New York.

Despite its expository nature, the film raises a number of questions. Why will the family members not speak to Hannah about the film, given her tender portrayal of Nica and the evidence Hannah provides of their involvement in her life? What is the relevance of the cat theme? Nica had a large number of cats (306) living with her; the jazzmen were always “cats” to her; cats suffer the office boy’s wrath in Miriam’s explanation of prejudice; cats are prostitutes, hence cat-house, hence the musicians who play there are also cats. When Hannah talks about the “secrets” that the Rothschilds are good at keeping, is she really talking only about the fact that her great aunt wasn’t spoken about at home? And, since she met her in 1984 and knew her until Nica died, why did she wait 20 years to make this documentary?

Hannah discovers during her research that the original Pannonica isn’t a butterfly but a moth. It seems appropriate for its namesake: a night creature who knew exactly what she wanted and headed unerringly to it. What sort of model such a sui generis great-aunt can provide to her entomologist great-niece remains unclear.

Watch the first few minutes of “The Jazz Baroness”: