Black (Jewish) History Month Is Off and Running 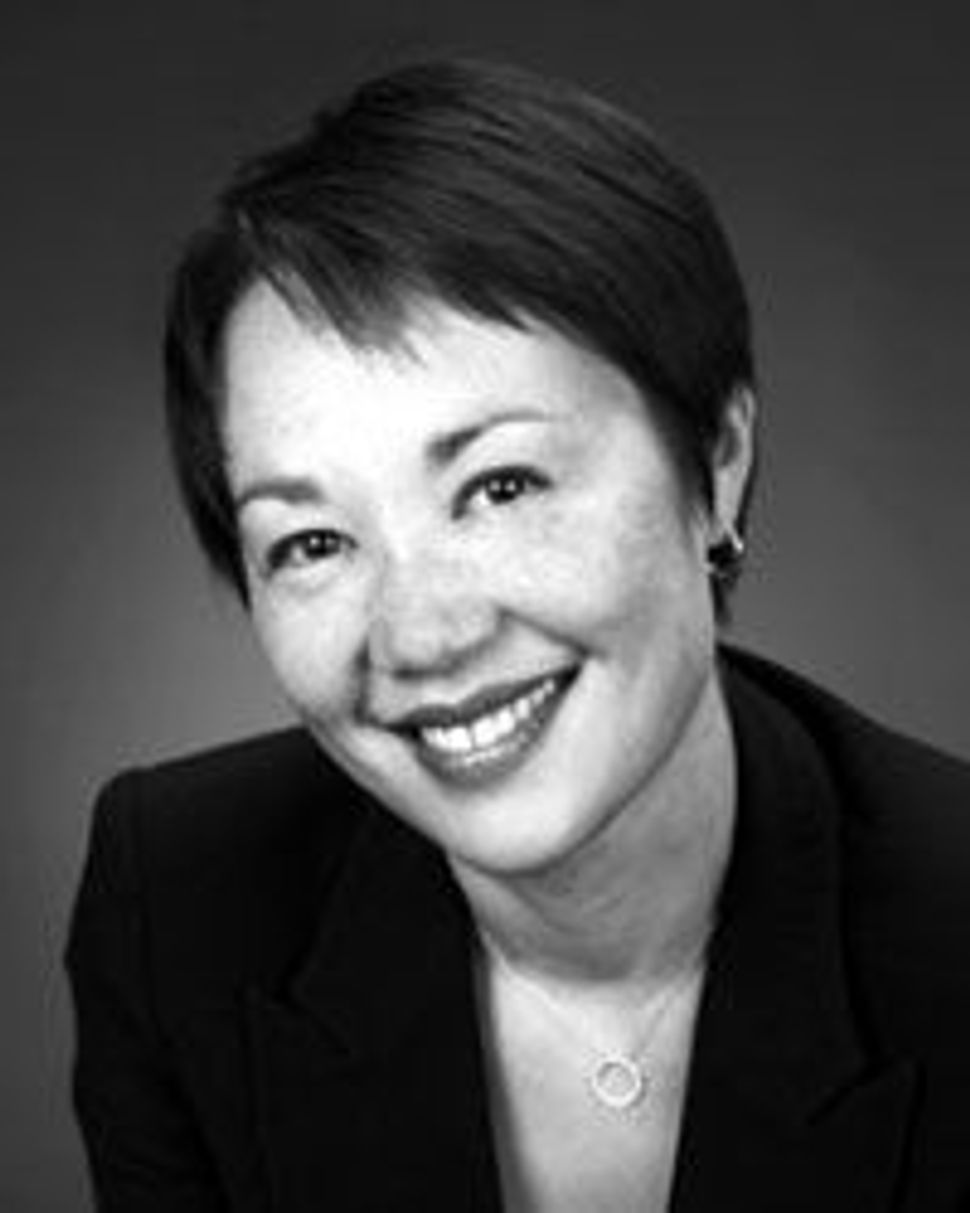 Angelina Jolie may have changed the public face of adoption, but she hasn’t changed the nature of adoption itself. Growing up knowing that the people who biologically made you gave you away is inescapably haunting. 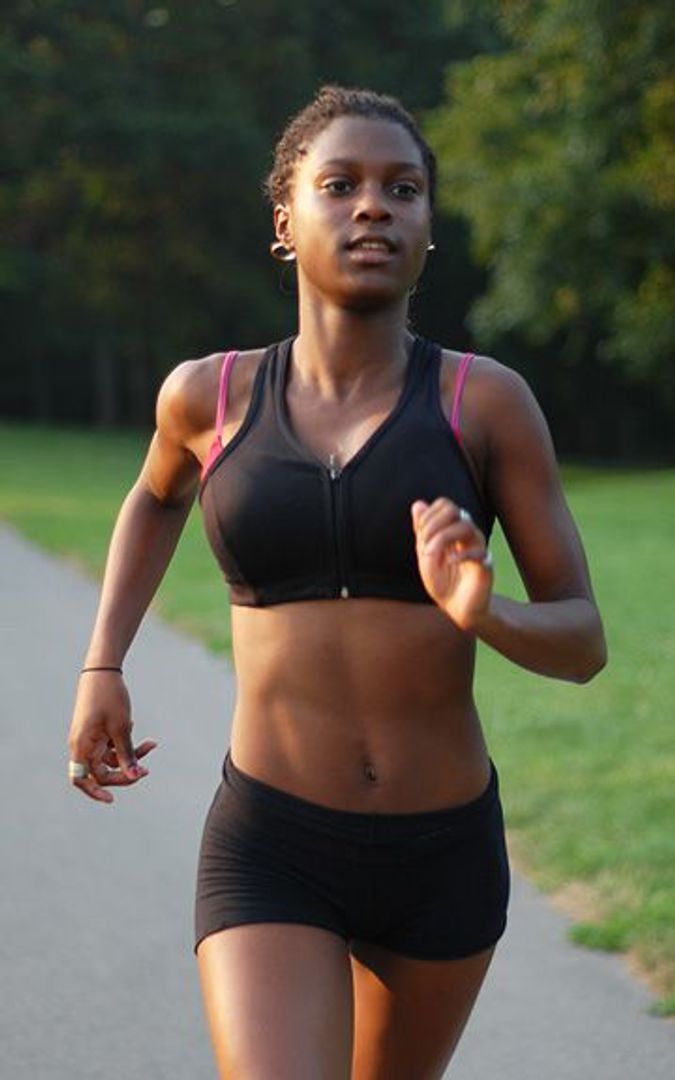 Every Lining Has a Little Cloud: Avery Klein-Cloud takes flight from her growing pains. Image by FIRST RUN FEATURES

For many adoptees, this strange dislocation remains deep in the background. Few outward signs of adoption, the love of a good family, the general trials and tribulations of growing up, and traumas unrelated to adoption — all these can push the question of genetic parentage into the realm of irrelevance.

To be the black adoptive daughter of white Jewish lesbians in Brooklyn, however, allows no such anonymity. To be a champion runner whose older brother, Rafi (also adopted, also of African-American parentage), has just gotten into Princeton allows little respite. This is the enviable and unenviable lot of Avery Klein-Cloud, the subject of Nicole Opper’s thoughtful and compelling documentary, “Off and Running.”

It’s an unenviable lot because her adolescent desire to know who she is leads her to write to her birth mother, whose responses are enough to be tempting but, in the end, elusive. Without suggesting anything so crass as a split personality, Opper shows how complex growing up is for a curious young girl with two such diverging identities as Avery Brooks and Mycol Antwonisha (her birth name). It is, on the other hand, enviable, because though she may have neither the academic talent nor the extremely channeled (even blinkered) curiosity of her brother, she has a good deal more social curiosity, as well as supportive friends, a loving family and no little running talent.

Caught between being the “only black kid in my class” at Hannah Senesh Community Day School and being lost among exclusively black kids at Erasmus Hall High School, Avery is trying to chart a path between nature and nurture. To her little Korean brother, Zay-Zay (Samuel Isaiah), she is like a Jewish mother; to her boyfriend, Prince, she’s an excellent runner with a warm heart; to her mothers she’s an inexplicable adolescent.

But those things don’t cohere for her, and there’s an achingly hard edge to normal adolescent angst. After being called, jokingly, an Oreo (black on the outside, white on the inside) by friends she has invited to a nice meal at her family’s home, she says: “I am very new to black culture, and I don’t fully understand it. And I’m learning a lot from my friends, and they’re helping me out because they know I have no idea.”

Opper occasionally slips in sly implications — a small black cat slinks away through a yard as we cut to Avery sleeping over at a friend’s house after having left home — but mainly she lets the protagonists speak. However beautifully argued books on identity can be, there’s something more poignant and tangible about hearing a young African-American woman explain herself: “I feel Jewish because I was raised Jewish. I guess. Like the Holocaust. A lot of my family was killed there…. When people first see me, they don’t see me as being Jewish. Kind of obvious. I guess.”

We may not all grow up with Brad Pitt as an adopted father, some may not grow up with a father at all (and of those, having two caring, compassionate mothers is a boon rarely granted), but few of those who did grow up had to deal with their incongruencies so starkly evident. Society continues to take the nuanced shades of gray that Opper captures (there are no bad guys in this movie) and poke them black and white in Avery’s face. The shared insistent ambition of Opper and Avery to know who Avery is — to expand our knowledge of what gives her identity — wins our sympathy. She’s off and running and, wherever she is, we cannot help but wish her, and her family, well.

Listen to the Forward’s interview with “Off and Running” director Nicole Opper: 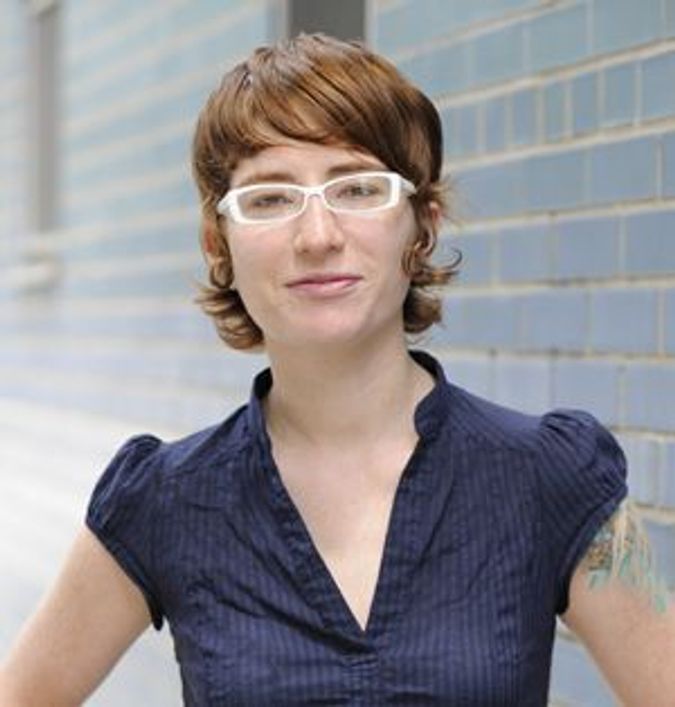 Watch the trailer for “Off and Running”;

Black (Jewish) History Month Is Off and Running