‘Shoah’ Did Not Age 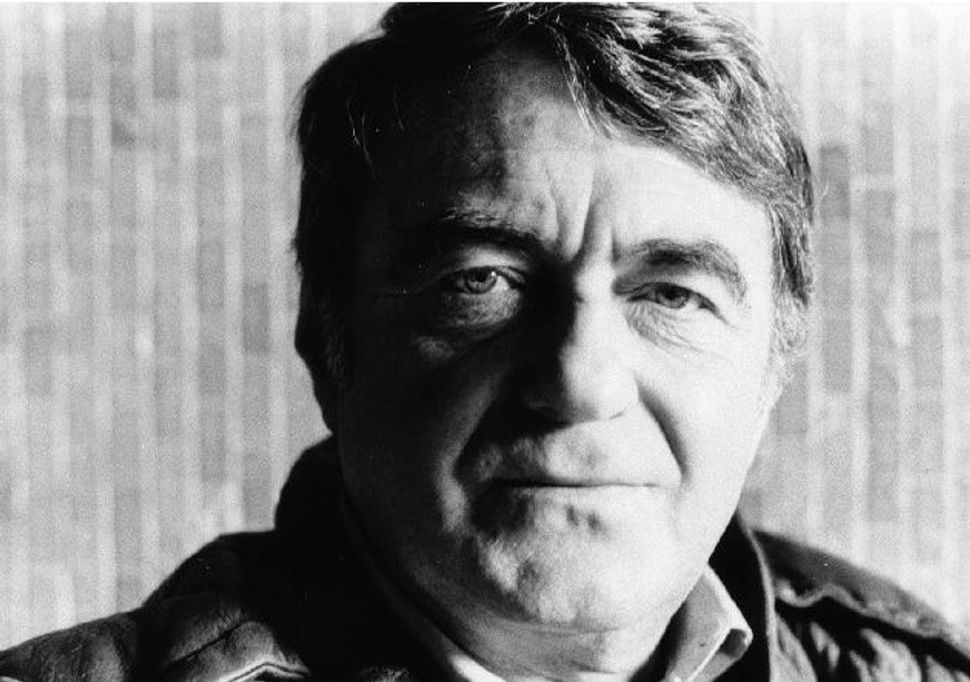 Image by Courtesy of Claude Lanzmann

In 1985, Claude Lanzmann released “Shoah,” a 550-minute epic film that changed the way people understood the Holocaust and the relation between history and cinema. Traveling through many countries Lanzmann recorded, in many languages, tens of people who were witness to different aspects of the systematic extermination of European Jewry. Now 85 years old, and with energy but not spirit dimmed, Lanzmann is celebrating his 2009 biography “Le Lièvre de Patagonie (“The Patagonian Hare,”)” and the 25th anniversary of “Shoah.” He spoke to Dan Friedman, arts and culture editor of the Forward.

Dan Friedman: Do you think about the film differently now, 25 years on?

Claude Lanzmann: Not at all different. Why should I?

Would you make the film differently if you made it now?

Not an iota. I like the film as it is.

The world has changed a lot in the past 25 years. With the Internet people are watching three minute videos, not long-form 550 minute movies.

The Internet leads its own life, and “Shoah” leads its own life. Yesterday [November 17] there was a screening at the IFC at 10am. At 9.30 or 9.45, I was talking and people stayed through until the end. There were many young people, many not Jewish. There were some people who were not young and not old. Some had seen the film before; for some it was the first time. It is a journey of discovery. You can’t have in three minutes the content of “Shoah.”
“Shoah” did not age. Some people read Tolstoy’s “War and Peace,” too, despite the Internet!

The film bears the survivor testimony of people who have passed away over the past 25 years. Does it change the film that it is now the main repository of their memories?

There are many films in the history of cinema where the protagonists are now dead.

But in “Casablanca,” say, Humphrey Bogart isn’t playing himself, whereas in “Shoah,” people are themselves. It’s a document of a sort.

It is not a document. The film is a work of art, an oeuvre.

So as a work of art, what effect has it had?

It’s been seen by hundreds of millions of people.

But, as art, does it have an effect?

When I watch “Journey to Tokyo” [“Tokyo Story,” 1953] by Ozu I am able to cry. When Japanese watch “Shoah,” they, too, are in tears. My dear, things are never like this. Art is not medicine.

Your phrase “the obscenity of understanding” is very powerful.

Well, it suggests that the very act of understanding could warp a mind in an obscene way.

You misunderstand. For “Shoah” it was necessary to ask the questions most flatly. Why did the Jews get killed? Immediately the question reveals its own obscenity. You can find all the reasons for it happening: the economy, unemployment, psychoanalysis of Jewish spirit, German spirit, the bad doctors of Adolf Hitler’s mother. Perhaps these are all true, but the conditions are not enough to harmoniously engender the Shoah. It starts with naked violence. Explain one good reason to kill 1.5 million Jewish children. I was like a blinkered horse looking in front only. It does not mean that the Shoah was not a fully historical event. You have to start with the naked violence. There is no embellishment in “Shoah.”

Have you seen any films about the genocides in Darfur, Sudan or Rwanda?

There is a uniqueness in the extermination of the Jews. It has never happened before in history. That is why I have given the world “Shoah.” The film gave its name to the event in the world, everywhere but here, because of the Holocaust museum, its architects and promoters.

Why do you say the Shoah is unique?

It is a complete contradiction to ask me this. I will not explain to you what is unique about the Holocaust.

Many times in the film, you repeat people’s words back to them. How do you think language works in this film, or in film in general?

I repeat what they have said. I am surprised. I am flabbergasted. It’s a way of putting silence at the core of language. Silence is the authentic mode of speaking.

There is a lot of silence in “Shoah.”

Watch Claude Lanzmann’s message for readers of the Forward.

Untitled from Jewish Forward on Vimeo.

‘Shoah’ Did Not Age