Roth’s Latest Award Comes, of Course, With a Complaint 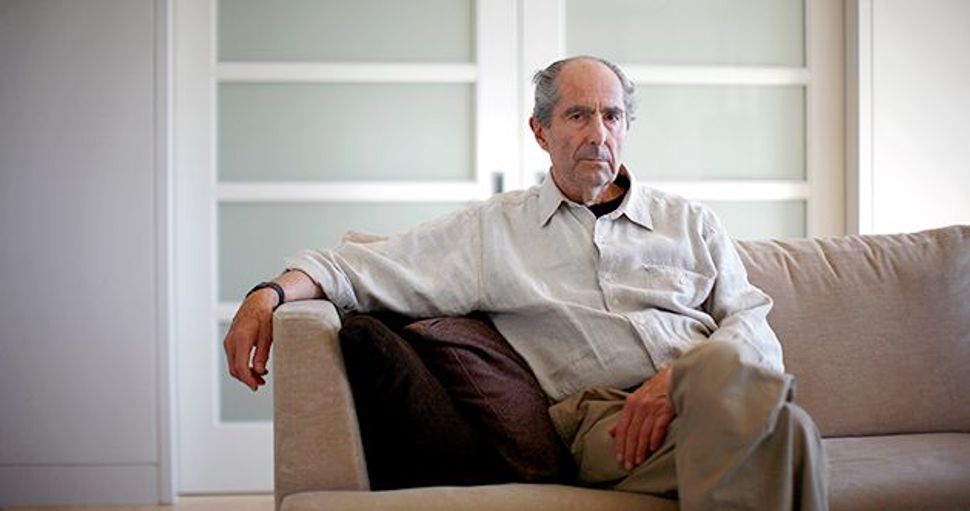 Unless he wins the Nobel Prize for Literature, Philip Roth will win no bigger international literary award than the Man Booker International Prize that was announced May 18.

As well as being worth £60,000 ($100,000) to the winner, the International Prize has become an instant milepost on the world literary circuit due to the importance of the Man Booker organization’s original prize. Established in 1968, that prize — for fiction written in the Commonwealth or Republic of Ireland — is without equal for its constituency. Ironically, Howard Jacobson, the current holder of that award, was often called “the British Philip Roth” in the early part of his career.

The award, announced at the Sydney Writer’s Festival in Australia, came with a degree of controversy as one of the judges resigned in protest at the decision to honor Roth. Carmen Callil, writer and founder of the feminist press Virago, claimed that Roth’s writing made it feel “as though he’s sitting on your face and you can’t breathe.”

In an article in the Guardian newspaper, the weekend after the announcement was made, Callil claimed that her objection was stylistic, not a feminist reaction to the misogyny of which Roth’s writing is often accused. She wrote, “The more I read, the more tedious I found his work, the more I heard the swish of emperor’s clothes.”

Callil further bemoaned the “limited vision” of the judges to award the prize to “yet another North American writer.” But this is only the fourth time the International Prize has been awarded and the first time it has gone to an American, though Roth was on the shortlist twice previously (in 2005 and 2007). The past winners are Alice Munro (from Canada), Chinua Achebe (from Nigeria) and the inaugural winner, Ismail Kadaré (from Albania) in 2005.

Although initially surprised by the award, Roth recorded a gracious video of thanks in which he stated his hope that the recognition would bring his work to readers who otherwise would not have seen it.

Surely those readers will not come from the American public or the American Jewish community for which Roth is already an icon and a hero. From his groundbreaking and hilarious novels “Goodbye, Columbus” (1959) and “Portnoy’s Complaint” (1969), through decades of substantial Zuckerman novels and others, to the recent excellence of his shorter “Nemeses” novellas, Roth has presented a series of quintessentially American personae and situations. And on the way, he has won the National Book Award (twice), the PEN/Faulkner Award (three times), the National Book Critics Circle Award (twice) and the 1997 Pulitzer Prize for “American Pastoral.”

Roth rarely makes public appearances, but the evening of the announcement he was the guest of honor of the YIVO Institute for Jewish Research at the Center for Jewish History, in New York. He read the closing pages of “Nemesis,” and listened to scholars discussing his work. Then, after a brief reception, he went home to continue his second half-century of literary virtuosity.

Roth’s Latest Award Comes, of Course, With a Complaint