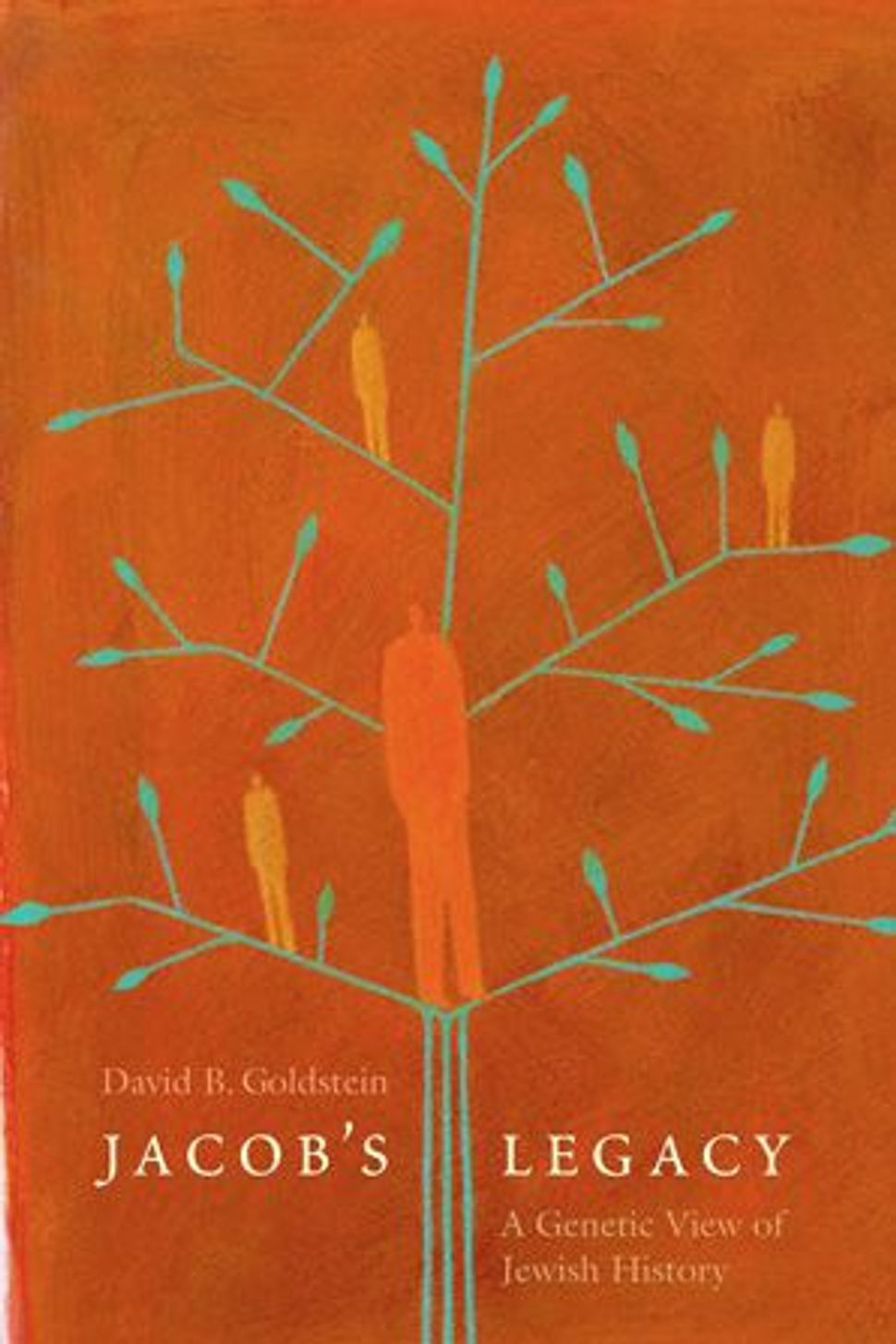 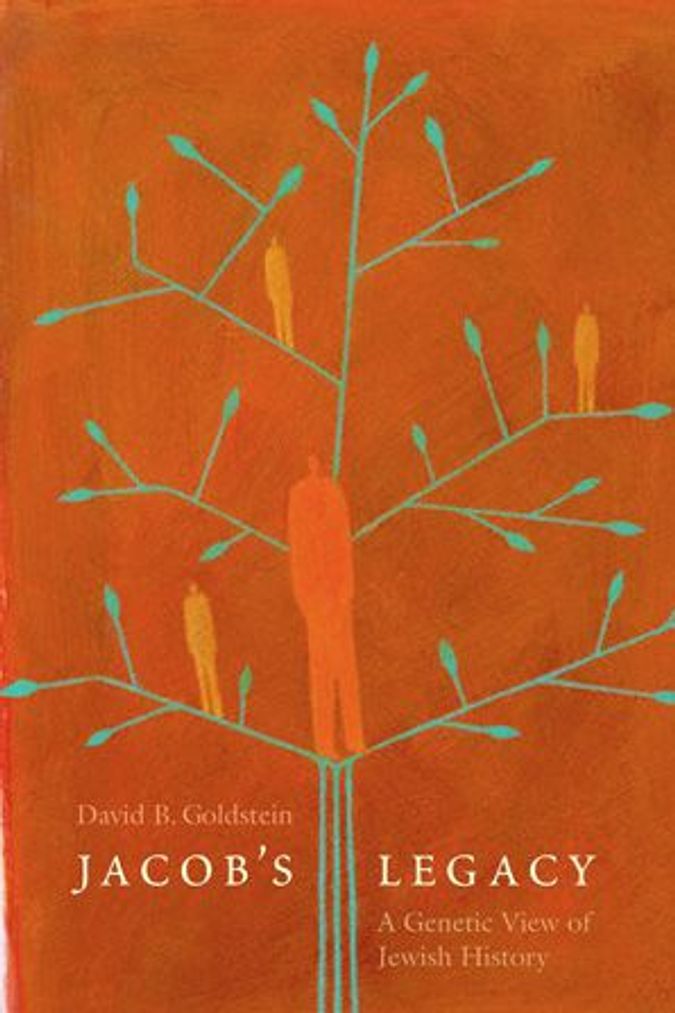 By David B. Goldstein

News articles in recent years have brought a steady stream of revelations about genetic studies of Jewish ancestry. The new data indicate that Kohanim (the “priests” among the Jews) are largely descended from a single ancient ancestor; that Jews from far-flung corners of the Diaspora are more closely related to one another than to any other people; that a group of non-Jewish, Bantu-speaking Africans called the Lemba share rare genetic markers with Jewish Kohanim, and that nearly half of the Ashkenazic Jews are descended from four women who probably originated in the Levant.

In “Jacob’s Legacy,” David Goldstein takes a commendably levelheaded view of the significance of the emerging body of genetic data on the ancestry of the Jews to which he, a Duke University geneticist, has made significant contributions. Genetics, according to Goldstein, cannot tell us who is or is not a Jew, but can tell us something about how much “the continuation of the Jewish people and of Jewish custom owe[s] to a genetic continuity of the Jews and how much to cultural forces.”

This is a question that can be asked about any people. And the answer will always be that at all times and places, most people take on the ethnicity of their parents, not because culture is encoded in our genes, but because parents bring up children within particular language, religious and cultural traditions. But — and this is a very big but — sometimes individuals or large populations change ethnicity. Until Goldstein and other geneticists started to publish their findings, it was widely assumed that despite the undeniable continuity of a cultural tradition since the eighth or perhaps even the 13th century BCE, contemporary Jews descended largely from the peoples among whom they lived — and whom they physically resembled. In other cases, this is indeed what the genetic data have shown.

The Hungarians, or Magyars, galloped into the Carpathian Basin about 995 C.E.; they had been moving west from an origin in the Urals for several centuries. Genetic work on the Magyars, although yielding an incomplete picture at this date, indicates that they are overwhelmingly similar to their Slavic and Germanic neighbors, with some studies showing that only very small numbers of contemporary Hungarians have Central Asian ancestry. The Hungarians, in other words, have at various times over the course of their history persuaded large numbers of people to join them, to speak Hungarian and, with the passing of generations, to think of themselves as Hungarian descendents of the Magyar horsemen.

By contrast, the Jewish record of maintaining a high degree of both genetic and cultural continuity represents a remarkable achievement. Or, viewed from a different perspective, it represents the fact that Jews lived largely as an oppressed minority from the year 70 C.E. until the 20th century, with the result that choosing to become Jewish has been rare even when it was not a capital offense. One unanticipated effect of Jewish statehood is that whole categories of people are now eager to convert to Judaism or to prove that they are “really” Jewish, creating problems for the Israeli government, and for rabbinic authorities, that will not be solved by genetic data.

As Goldstein rightly points out in his discussion of the African Lemba people, possession of the distinctive genetic marker of the Kohanim does not make a man a Jew, any more than the lack of this or any other genetic marker defines anyone as non-Jewish, or proves that a person is not a Kohen. Jewishness is a matter of culture and commitment, and of Jewish law. It is in ourselves, not in our genes.

When writing about Jewish history, Goldstein unfortunately is less skilled, relying on a motley assortment of secondary sources —and often getting things wrong. For example, in an effort to explain why not all Kohanim carry the tell-tale marker, he misquotes the eminent historian Shaye Cohen as stating that Herod appointed non-Kohanim to the priesthood. What Cohen actually wrote was that Herod appointed to the position of high priest men from low-status Kohanic families, which would not account for alterations in the Kohanic gene pool. Fortunately, Goldstein spends more times on genetics than on history.

Goldstein is at his best when discussing the genetic data, including the data regarding diseases that run in Jewish families, and at his most amusing when describing the way he and his colleagues decided which groups to test and what to make of the data they found. His discussion of the Ashkenazic Levites is particularly interesting. Unlike Kohanim, they carry no distinctive marker. Instead, the genetic studies published to date of Ashkenazic Levites have revealed that there were numerous Levite paternal lines. Only one line is found in substantial numbers of Ashkenazic Levites: Fifty-six percent carry Y-chromosome R-M17, a marker that is rare among Ashkenazic non-Levites, rare in other Jewish populations and almost absent in non-Jewish populations of the Middle East. The marker appears to have entered the Ashkenazic gene pool about 1,000 years ago. But from where?

Between the Black and Caspian seas, the king of the Khazars and some number of his people converted to Judaism in the eighth century. The kingdom disappeared from history about 1,000 years ago, leaving the question of what became of the Khazar Jews. Although genetic studies have discredited the notion that any substantial portion of Ashkenazic Jews traces lineage to the Khazars, Goldstein discusses the evidence for the intriguing possibility that more than half of the Ashkenazic Levites may be descended from the Khazar ancestors in the paternal line.

Genetic studies of Jewish descent have reinforced some aspects of Jewish tradition, while casting doubt on others. The challenge of interpreting the data is to recognize the ways in which they can illuminate the history of Jewish communities while resisting the temptation to apply them to individuals. Goldstein’s brief book is an excellent introduction to the area, and to the caution with which it must be approached.

Diana Muir Appelbaum is the author of “Reflections in Bullough’s Pond: Economy and Ecosystem in New England” (University Press of New England, 2000) and is working on a book on nationalism. Paul S. Appelbaum is the Elizabeth K. Dollard Professor of Psychiatry, Medicine, and Law at Columbia University and writes about the ethics of genetic testing and research.