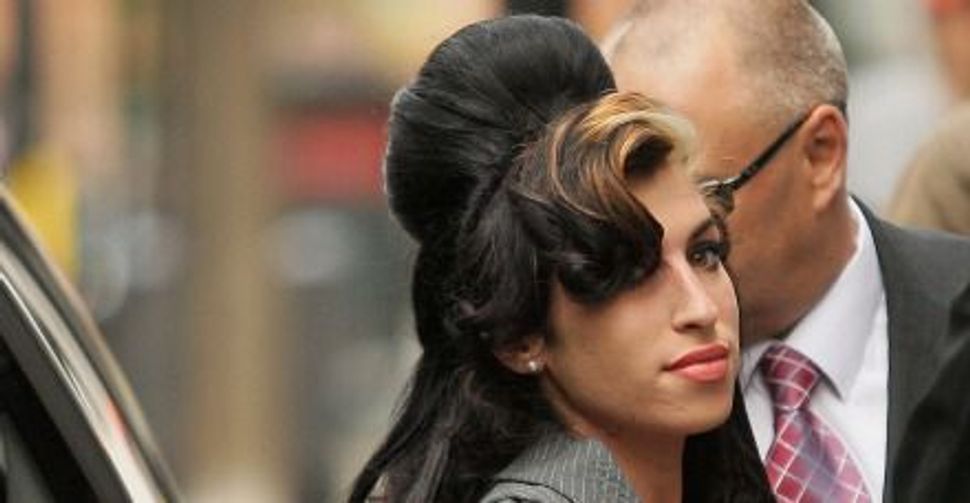 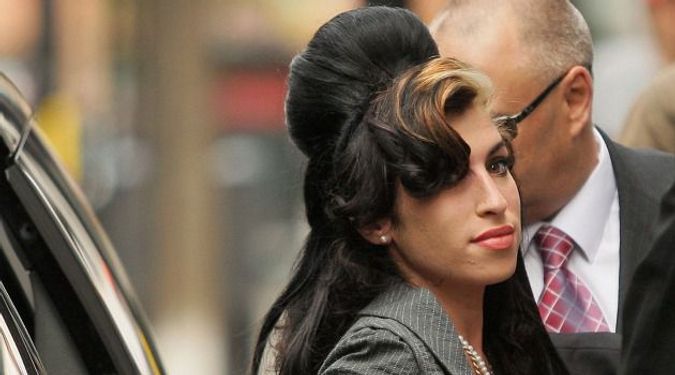 Nice or sheyne? In English, ?Nice Jewish girl? has come to have a sarcastic or derogatory ring to it. Image by Getty Images

From Massapequa, N.Y., comes this e-mail from Stephen Listfield:

“What is the origin and current rationale of the expression ‘nice Jewish boy’ or ‘nice Jewish girl’? The latest example I’ve come across in the media is the repeated reference to Amy Winehouse as a ‘nice Jewish girl who blah, blah, blah.’ Yet I don’t know that Amy Winehouse was especially nice, and I’m quite sure that the term is often applied to Jews who are decidedly not nice. In fact, that sometimes seems to be its implication, as when someone writes, ‘Meyer Lansky was a nice Jewish boy who….’ On the whole, it’s simply an annoying cliché. In identifying those who are Jewish, why can’t it just be left out?”

Of course, it generally is left out, and I’m certainly not on the side of clichés. Yet it seems to me that Mr. Listfield is overlooking something important about both the expression “a nice Jewish girl (or boy)” itself and its cultural and linguistic roots.

When English speakers refer to a nice Jewish boy or girl, they are not, as a rule, talking only about him or her. “X is a nice Jewish girl” is not quite the same sort of statement as “X is a lovely Jewish girl” or “X is a likable Jewish girl,” because it refers not so much to what X is like as to her background and upbringing. That’s why the expression so often occurs, as Mr. Listfield notes, with a “was” construction. A sentence like “Amy Winehouse was a nice Jewish girl who became a rock star and a drug addict” does not mean that Winehouse was sweet or adorable as a child. It means that she was raised in a “nice Jewish home” — that is to say, in a home with certain values to which her adult life did not conform.

What might these values be? The list would have to include self-discipline; a willingness to work hard and share; a respect for authority; consideration for others; an appreciation of the importance of education; a developed sense of personal responsibility; the ability to defer pleasure and restrain one’s impulses and desires, and a degree of modesty about one’s own worth and accomplishments. These are the virtues that Jews traditionally associated with what they would have called a sheyne mishpokhe — a term that would commonly be translated into English as “a nice family.”

The problem is that there really is nothing in English that corresponds exactly to the Yiddish sheyn. Although sheyn means “pretty” or “beautiful” and can be used exactly as “pretty” and “beautiful” are used in English — a sheyn meydl, “a pretty girl”; a sheyner tog, “a beautiful day,” etc. — it has other meanings that “pretty” or “beautiful” lack. A sheyner mentsh can mean “a handsome man,” but it can also mean “a fine man,” “an admirable man” or “a man of good character.” A sheyner yid is “a well-bred and well-behaved Jew.” S’iz nisht sheyn can be translated as “It’s not proper” or “It’s not something one does.”

There is a social and behavioral dimension to sheyn that “pretty” and “beautiful” lack. It’s true that in English, too, “a beautiful person” may refer to character rather than to looks, but on closer inspection, this, too, has an aesthetic component. You can, for example, say of a creatively talented artist, “He has a beautiful soul, even though he sometimes treats his friends badly,” but unless you are being ironic, you can’t say that of a sheyner mentsh. Sheyn is as sheyn does.

Overall, the use of sheyn in Yiddish tends to convey the classical Jewish attitude that true beauty is at least as much moral as physical, if not far more so. It’s this built-in ambiguity that makes it difficult to find a good English equivalent for the word. “Nice” might be called a default option. Although it’s fairly colorless and only lukewarmly positive, it does straddle the same ground that sheyn does. Neither “It’s a nice painting” nor “He’s a nice guy” is particularly high praise, but what we’re looking for in a work of art (aesthetic satisfaction) and what we’re looking for in a person (considerateness, dependability, etc.) are at least expressed in both cases by the same word, just as they would be in Yiddish.

Of course, outside the world of Orthodoxy, the classical attitude no longer reigns supreme, which is why “nice Jewish boy” and “nice Jewish girl” have often come to have a sarcastic or derogatory ring and to be ways of referring to young Jews who, their natural flamboyance crushed by a staid environment, are timidly conventional, nonadventurous and afraid to live out their physical nature and needs. It was precisely this “nice Jewish girl” that Amy Winehouse was trying to get away from, which she did with spectacular success. This is, I assume, why the media called her that, and it’s not really such a cliché.