The Part-Jewish Question: Double the Pleasure or Twice the Pain? 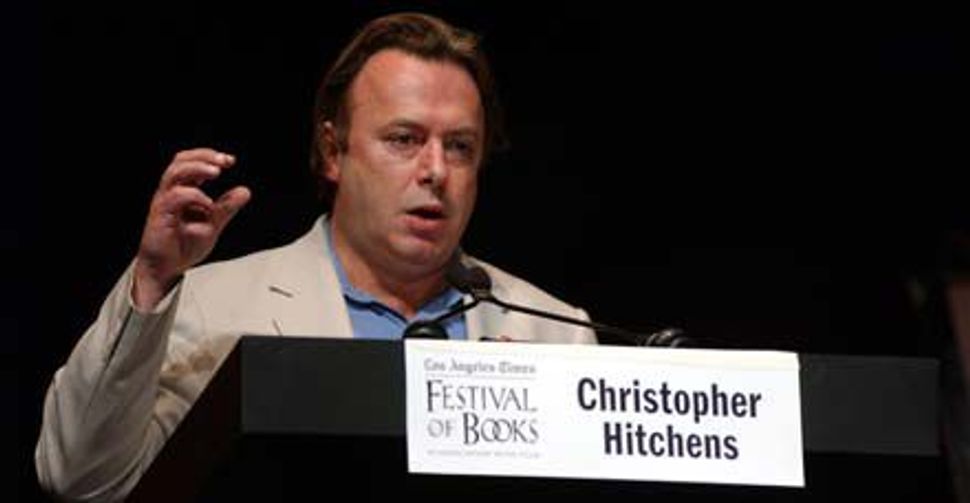 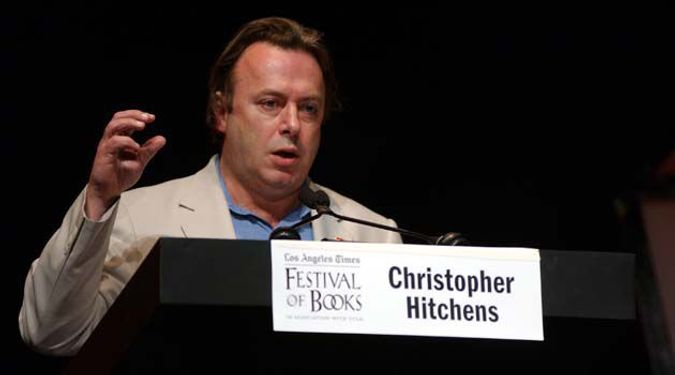 This review by Christopher Hitchens, who died Thursday at age 62, was published in the January 26, 2001 edition of the Forward. Read Rabbi Shmuley Boteach’s appreciation of Hitchens here.

According to the laws of Moses, the Law of Return, Israel’s civil code and the Nuremburg Laws, I am a Jew. This definition, however, is both too exhaustive and not exhaustive enough. I have many friends who, unlike me, were raised in Jewish homes, but who only derive the Mosaic from the paternal side; this would exclude them from the tribe of Moses according to Israel’s civil code (absent the conversion of the mother) but would not exempt them from the vengeance of the Nuremburg code. I’m fairly globalized: My father was Anglo-Celtic; my first wife is Greek; my second wife’s family came from Odessa or thereabouts, and I have a godchild in Zimbabwe. In practical terms, you are reading a guide for the perplexed, written by an anti-Zionist atheist of whose progeny one is wholly Jewish while two are Anglo-Cypriot. I had no say in the making of these rules and know of no rational way to observe them.

Recent advances in DNA testing have either simplified or complicated the claims of holy books and founding texts. A riveting recent essay in Commentary described the results of a match-up between the genetic database of the Kohanim — those whose Jewish ancestry is supposedly the strongest and best-attested — and that of a “lost tribe” in Namibia that has long claimed Jewish descent. The fit was amazingly close. So it is with other groups in the Asian diaspora, many of whose folk stories had been thought to be merely legendary. It also turns out that there is a close DNA affinity between Israeli Jews and Palestinian Arabs; a finding that, if it does not confirm Freud’s weird speculations in “Moses and Monotheism,” at least reinforces his theory of the narcissism of the small difference. How long before we can codify Khazar DNA and find out if Koestler was right or if the Ashkenazim have any genetic claim to Gaza? (The learned author of the Commentary article, eventually concluded that enough was enough already, and that better uses could be found for the research money than the infinite theoretical expansion of the prolific seed of Abraham.)

My maternal grandmother was the same way. Born of a Blumenthal-Levin union that originated in a departure from Breslau (now Wroclaw) to Liverpool in the late 19th century, she wanted her first grandson to be an assimilated English gentleman. (You may judge for yourself how well this aspiration succeeded). But she didn’t want the story to end with her, either, and when my mother had died and my brother had chosen a Jewish bride and my father was dying, she came right out with it. “I was so happy,” said this old lady of no great education or, I regret to say, intuitive intelligence, “so happy to see you boys both had the Jewish brains.” And now I have a pile of old German- and Polish-Jewish birth and marriage certificates in a drawer (plus my own marriage certificate from the great Rabbi Bob Goldburg, who had also officiated at Arthur Miller and Marilyn Monroe’s wedding) and, if I’m traveling in some near-“Judenrein” spot such as Istanbul or Asmara or Sarajevo or Salonika or Damascus, I do what I never normally do and pay a visit to the temple.

What am I looking for? That is the question which both these books attempt to answer. “The Half-Jewish Book” is in one way relentlessly joking and upbeat and show-business-minded — the perfect Chanukah stocking-stuffer. Maybe you knew, but I thought “Who Knew?” as the parade of semi-Semitic celebrities went by. Gwyneth Paltrow? (I know one should always mentally replace the “w” with the “v” in this culture, but still.) Winona LaDuke? (She “went with” her Native American paternal side.) Between all the lines, however, is a serious argument that partial or quasi-Jewishness is both inevitable and beneficial, and that those who fret about dilution or “marrying out” are either too pessimistic or too tribal, or both. Interest declared: The authors cite with approbation my essay “On Not Knowing the Half of It,” adding that my book title “Prepared for the Worst” is “distinctly Jewish-sounding,” a compliment I think it would be churlish to decline.

Here’s what we would all like to know about the Lemba — which is the name of that lost tribe in Namibia — but are slightly reluctant to ask. Did members of the Lemba minority furnish the majority of Southwest Africa’s political revolutionaries, freelance intellectuals, doctors, comedians, union-organizers and lawyers? (Also, how did they fare when the region was under the control of German colonialists and ethnologists?) Or did the Lemba keep within their ghetto walls, muttering about the Second Temple and the tendency of their mutinous young people to marry Ovambo or Herero shvartzes? I ask a serious question in a flippant way; the Jews of Europe did not really come into their own until the French Revolution began to emancipate them both from Christian persecution and from their own theocracy. The fate of the Jewish genius was often that of Spinoza, whose name we are lucky to know given the attempt by his “own” people to silence him.

This difference of emphasis can be seen in Barbara Kessel’s book, which is really a series of first-person narratives and discoveries, strongly inflected by the Shoah and tending to the idea of a recovered identity. This is a necessary task in one way; many among the Nazi-created Diaspora were of the especially hated “mixed race” variety; many were too fearful to mention their origins ever again; many were raised as “gentiles” by the non-Jews who “saved” them. But is it a vital task?

Abraham Foxman, the national director of the Anti-Defamation League, speaks in these pages of the Jewish “souls” lost in Poland by the erasure, not just of people, but of family history and awareness. For these, and for their heirs, there should obviously be an ingathering. And it will be endlessly fascinating; I was able to tell Michael Dobbs of The Washington Post that the Czech embassy had informed Madeleine Albright of the true situation of her family several months before the date she gave as the date of her “discovery”: In other words, I know for a certainty that she was lying, but I still have no idea why. From Ms. Kessel I learned that there is a Society for Crypto-Judaic studies, tracing the arcane world of the Sephardic converso, and realized that it would be more extraordinary if there were not such a body. Ms. Kessel’s own view, which she puts in the mouth of one interviewee, is that America needs a more exact and principled idea of “identity,” not a vague and mushy denial of the particularism with which it is only human to be preoccupied.

But this principle would have to be just as true for Latvians and Iroquois, and one has to ask whether Jews who think it kosher to “think with the blood” are happy when other groups do the same. The fact, of course, is that they (we) are not easy with this thought. But then the fact also is that Jews are matrilineal for a reason; they know that ethnic purity is a fantasy, and they must also suspect that inbreeding can be unwholesome. (One English friend of mine only discovered his “roots” when his firstborn had Tay-Sachs disease.) So this is what I’m vaguely seeking when I visit the far-flung “shul” or obscure half-obliterated Jewish quarter: the leaven in the dough. Societies that have expelled or ostracized the Jews have historically been condemned to all the consequences of their own stupidity and cruelty. But one element in the litany of accusations against Jews — that they are rootless cosmopolitans — deserves not to be repudiated. The worst anti-Semites did not so much hate the observant and docile shtetl types; they didn’t really even hate the moneychangers they couldn’t do without: They hated and feared the skeptical, scientific, artistic, secular, intellectual and discontented Jews whose names we all know. Of this virus, even if one can doubt that it’s really in the genes, one could be proud to be a carrier. And a half-bottle of the right stuff, carefully deployed, can be as potent as a Magnum.

The Part-Jewish Question: Double the Pleasure or Twice the Pain?