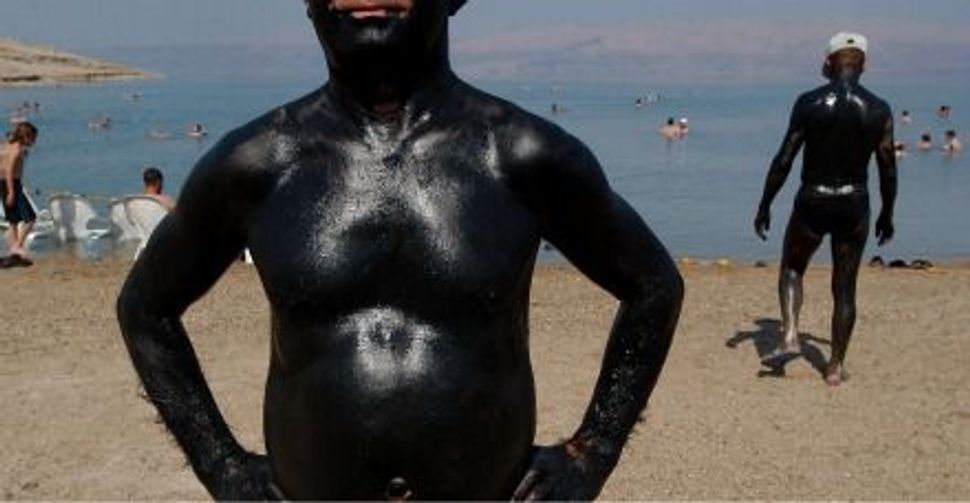 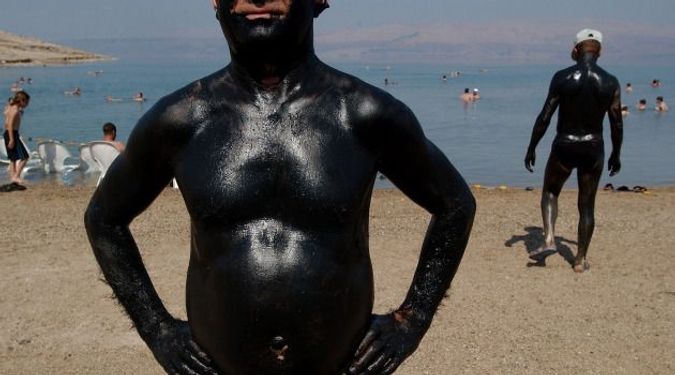 Muddy the Waters: Making ashes and mud is not a nice thing to do to someone, especially in Yiddish. And by the way, it has nothing to do with a mud bath. Image by getty images

Lewis Kupperman writes, “There is a Yiddish expression meaning to make mincemeat of someone or something that sounds like to make ‘ushenblottie,’” and he wants to know if I’m familiar with it.

Mr. Kupperman’s “to make ushenblottie” is Yiddish makhn ash un blote — that is, “to make ashes and mud” of a person or matter. It indeed has the sense of English “to make mincemeat of,” and it’s not anything you would want to have done to you.

Yiddish ash, of course, is a close cognate of English “ash,” while blote entered Yiddish from either Polish błoto or Ukrainian bolóta, both meaning “mud” or “muck.” Yiddish blote can also mean “dirt,” “crap” or “nonsense,” and both ash and blote have their own independent idioms of makhn fun emitsn ash, “to make ashes” of someone or give someone a tongue-lashing, and makhn fun emitsn blote, which has a similar sense.

The combination ash un blote, “ashes and mud,” when either one of them would suffice, has its roots in Hebrew, where such doublets, consisting of two synonyms or near-synonyms that serve as mutual intensifiers, occur in many idioms. In fact, ash un blote is itself a Yiddish translation of such an idiom: the Hebrew afar v’efer, “dirt and ashes,” which is found in several places in the Bible, as in the story in Genesis of Abraham’s bargaining with God over the fate of Sodom. When God agrees not to destroy the city if there are 50 righteous men in it, Abraham, seeking to drive down the price further, replies: “Behold now, I who am but dirt and ashes have taken it upon myself to speak unto the Lord…. Perhaps there shall lack five of the 50 righteous; wilt thou destroy all the city for lack of five?” In this case, Abraham is making mincemeat — rather coyly, it must be said — of himself, but one can make dirt and ashes of others in Hebrew, too.

Yiddish has borrowed many such Hebrew doublets, in some cases leaving the two Hebrew words intact, in others translating one of them and in still others translating both. An example of the first case is Hebrew simh.ah v’sasson, “joy and gladness” — a phrase from the Book of Esther that can be used either straightforwardly to describe a truly happy occasion or sarcastically to denote its opposite, as in, “Did, you hear the neighbors fighting last night? Simh.ah v’sasson!” In Yiddish, this becomes simkhe v’sosn, with the stress moved to the front of each word from the back of it, but the Hebrew is otherwise unchanged.

On the other hand, in the Yiddish expression a shande un a kherpe, “a scandal and a disgrace,” which is an intensive way of saying “It’s disgraceful,” the second word is retained from the Hebrew doublet bushah v’h.erpah, while the first is translated by the Germanic shande. And in the expression okh un vey — literally, “oh and woe” — neither of the Hebrew words oy v’avoy has been retained, although something of their sound has been. Oy v’avoy, a common exclamation in Israeli Hebrew to this day, comes from a verse in the Book of Proverbs, L’mi oy, l’mi avoy, translated by the King James Version as “Who hath woe? Who hath sorrow?” In Hebrew, however, oy and avoy are not nouns but utterances of distress, like “oh” and okh. As in Proverbs, and like okh un vey in Yiddish, they are frequently used with a dative pronoun, as in oy v’avoy lekha, “oh and woe to you,” which can mean either “Are you ever in trouble!” or else “You better watch out [because you’ll be in trouble if you don’t]!”

By no means have all Hebrew doublets found their way into Yiddish. The Book of Joshua, for instance, tells us that the besieged city of Jericho was s’gurah u’m’sugeret, “closed and closed,” but there is no similar expression in Yiddish meaning “shut down tight.” And such doublets exist in other languages, too, as in an English expression like “over and done with.” Biblical Hebrew, however, had a special fondness for them, just as it had for parallelism in general (lines of biblical poetry are divided into hemistichs, or half-lines, each half restating the other half in different language), and this in turn had an influence on Yiddish. “Ushenblottie,” which takes us all the way back to our father Abraham, is a nice illustration.

Professor J.R. Russell has written to complain about my citing a newspaper op-ed of his in my column of January 13 as an example of the usage “a Jewish man [or person]” in place of just plain “Jew.” I observed there that this usage originated with the discomfort felt by some Americans, both Jews and non-Jews, with the word “Jew” as opposed to “Jewish,” and Professor Russell thinks I unfairly implied that he shares this discomfort when, in fact, he doesn’t. Let me assure him and the Forward’s readers, therefore, that this was not my intention. Once an expression exists, speakers of a language will tend to use it with no thought given to its history or origins, and I’m sure this was true of Professor Russell. If my column led anyone to think otherwise, I’m truly sorry.