I’ve Been Thinking ‘Bout the Railroad 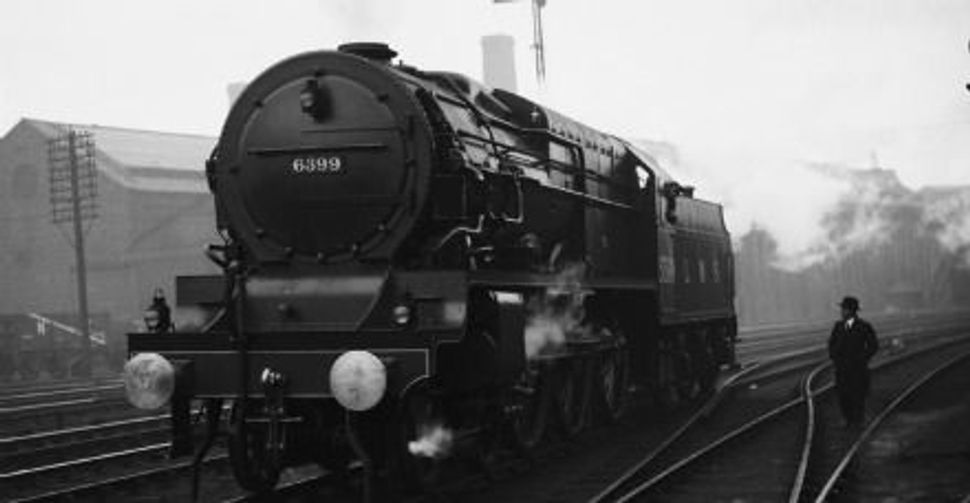 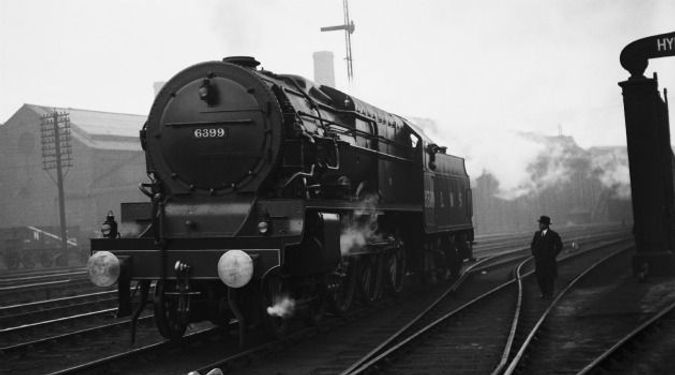 Singin? on the Rails: The coming of the railroad was a huge change in Eastern Europe. Some feared it would make Jews, especially more-worldly Lithuanians, turn further away from Jewish law. Image by getty images

“I recently enjoyed Theodore Bikel’s rendition of the Yiddish song ‘Di Ban’ [‘The Train’] after not having heard it for more than 30 years. Part of the humor stems from his choice of dialect. Where most Yiddish speakers use the vowel ‘oy,’ he uses the ‘ey’ of English ‘grey,’ as in keyekh [strength] instead of koyekh, reyekh [smoke] instead of royekh, ribeyney shel eylem [Master of the Universe] instead of riboynoy shel oylem, etc. Have you any idea where this dialect was used?”

The dialect Mr. Wolfthal asks about is that of Lithuania and Belarus, known to linguists as Northeast Yiddish. “Di Ban” is a delightful little song, and you can hear Bikel sing it in a zippily comic manner (the version I’m familiar with is slower) on the Internet, but I’m not sure it was he who chose Northeast Yiddish for it. Although I could be wrong, the song strikes me, for reasons I’ll explain, as being Litvak in origin.

“Di Ban” was apparently composed in the mid- or late 19th century, as railroads began to spread through the more rural regions of the czarist empire, because its words are put in the mouth of a pious Jew who, astonished by his first sighting of a locomotive pulling a train, asks (the shift to “ey” from “oy” is indicated by bold type, while the “ay” is pronounced like the “y” in “sky”): “Tsi hot men azeyns gezen, tsi hot men azeyns gehert, / Az fayer un vaser zoln shlepn vi a ferd? — that is, “Has anyone seen or heard the likes of it, / Fire and water pulling like a horse?” This is followed by a refrain that goes “Oy, hot er a fayfer, mit ayn ayzenem keyekh, untn gist zikh vaser, eyvn geyt a reyekh” — “Ah, what a whistle it has, with the strength of iron, / Below water pours into it, above smoke comes out of it.”

The last stanza is, “Ribeyney shel eylem, farkurtst im zayne yorn / Az yidn apikorsim zoln nit kenen shabes forn” — that is, “Master of the Universe, shorten its life, / So that freethinking Jews won’t be able to travel on the Sabbath” — and this is, I suspect, a clue to the song’s provenance, since the word for “freethinkers” is apikorsim, and no region of Eastern Europe had a greater reputation for harboring apikorsim than did Lithuania.

The apikoyres (apikeyres in Northeast Yiddish), a stock figure in 19th-century Jewish folklore, was not necessarily an irreligious Jew in the sense of ignoring the Jewish ritual commandments, which on the whole were rarely violated (and certainly not in public) in the early days of railroads; rather, he was a Jew with a rationalistic, intellectual approach to religion who mocked superstition and popular piety. Inasmuch as these were attributes most associated in Jewish life with Hasidism, the stereotype of him was also of a misnaged, or anti-Hasid — and inasmuch as misnagdim were most commonly found in Lithuania, the one region of Eastern Europe to which Hasidism never spread, the stereotypical apikoyres was also a Litvak.

Thus, since the Jew of our song is being made fun of for his simple piety — imagine reacting to your first railroad train by fearing that it will cause freethinking Jews to travel on the Sabbath! — those making fun of him are most likely to be Litvaks, too.

You might object: “Just a minute! If the Jew of ‘Di Ban’ is being ridiculed for his piety by Lithuanian Jews, why is he speaking Yiddish with a Lithuanian accent? Wouldn’t it make more sense for him to be speaking it with a Polish or Ukrainian accent, since Poland and Ukraine were areas in which Hasidism was strongly entrenched? Isn’t that what you would have him do if you were a Litvak making fun of him?”

But this is, I think, carrying things a bit too far. The good-natured humor of “Di Ban” is not specifically poking fun at Hasidim. (There are other Yiddish songs that do that.) It is poking it at simple Jews who instead of being thrilled by the wonders of modern technology can think only of how Jewish observance is threatened by them — and there also was no lack of such Jews in Lithuania. The apikoyres, after all, was not your average Litvak. Although his type may have been found most commonly in Lithuania, most 19th-century Lithuanian Jews, while not Hasidim, were not apikorsim, either, and were devout in their own way. The Jew of our song, it seems to me, is not a Hasid but a simple Lithuanian Jew being laughed at by apikorsim, and his Lithuanian accent is therefore perfectly in place.

As for the word apikoyres itself, it comes, via Hebrew, from the name of the ancient Greek philosopher Epicurus. While Epicurus was a rationalist who would no doubt have found Judaism a foolish religion had he written about it (which he didn’t), the same can be said of Plato, or of Aristotle, or of any other well-known ancient philosopher; why, then, did he of all people become the eponym of the freethinker? It’s an interesting question — and one that will have to wait for another column for its answer.

I’ve Been Thinking ‘Bout the Railroad