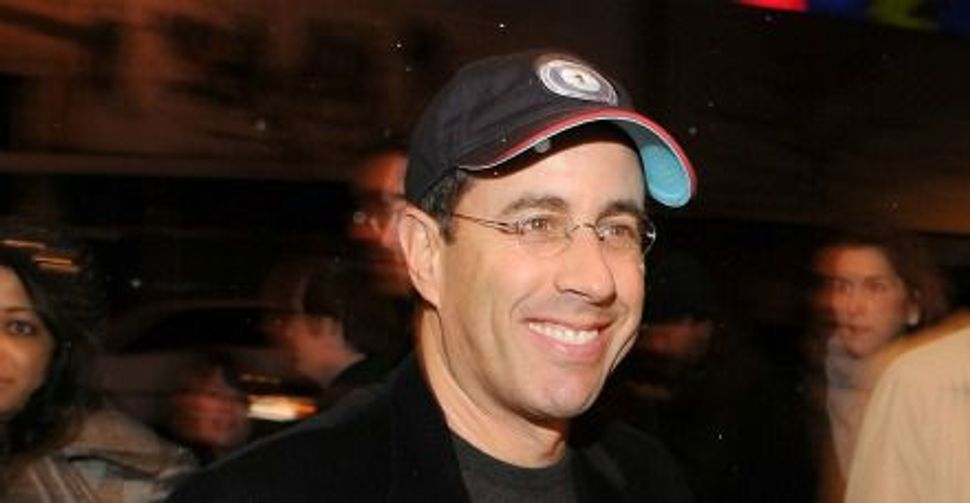 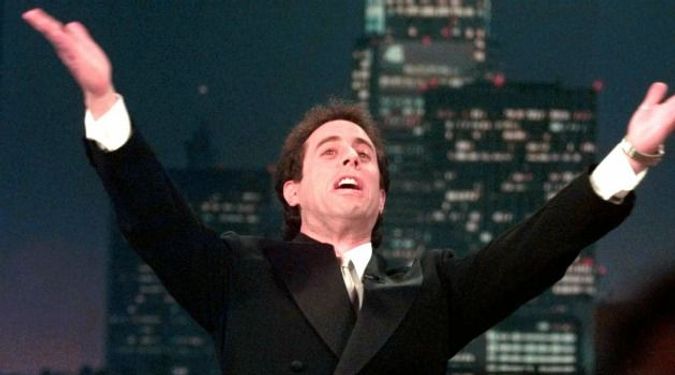 No Nudgy Nudniks: Some people can be nudgy while others are just nudniks. Philologos feels inspired to explain the difference. Image by getty images

Charles Krauthamer of Teaneck, N.J. (not to be confused with the Washington columnist of the same name), writes to ask: “A word used in Israel to mean ‘to pester’ is l’najez. I always assumed that it came from the Yiddish word ‘nudge’ until I was told that it came from Arabic. Can you help?”

The Hebrew slang verb l’najez, like Mr. Krauthamer’s “nudge” (pronounced “noodj”), does indeed come from the Yiddish verb nudzhn, not from Arabic. However, no such noun as nudzh ever existed in Eastern European Yiddish, in which someone who nudzhes is a nudnik. “Noodj” is an American Jewish version of the nudnik, and one, so it seems to me, not entirely synonymous with him.

Yiddish nudzhn and nudnik both derive from Polish, in which the adjective nudny means dull or tedious; the verb nudzi, to bore or weary someone, and the nouns nudnik and nudziarz, a bore. All are related to nudno, “nausea,” and in Yiddish, too, the adjective nudne can mean either “nauseating” or “tedious.” I don’t know whether nudnoć is etymologically connected to “nausea,” which ultimately comes from Greek nous, “ship,” but a feeling of seasickness, aggravated by the fear that one may never again set foot on land, is very much the sensation that prolonged exposure to a genuine nudnik can produce.

In Israeli Hebrew, a nudnik remains a nudnik, but the verb nudzhn has been translated (as well as partially replicated in sound) by the Hebrew verb l’nadned, whose primary meaning is to shake, and whose reflexive form of l’hitnadned, to shake or sway back and forth, describes the motion of a ship that causes seasickness. L’nadned in the sense of “to shake” and l’nadned in the sense of “to pester” are distinguished from each other by the former’s taking a direct object and by the latter’s preposition l’, “to.” Thus, hu nidned oti means “He shook me”; hu nidned li, “He pestered me” or played the nudnik with me.

But nudzhn also took another route into Hebrew, which is the one Mr. Krauthamer asks about — one not of translation-plus-partial-sound-replication, but of full sound replication in the form of l’najez. L’najez is a substandard word frowned upon by purists, because in standard Hebrew there is no j-sound, the language having a hard “g,” represented by the letter gimmel, but not a soft one. Yet in many contemporary Hebrew vernacular and slang words, a soft “g” does exist, represented in writing by the gimmel followed by a small upper slash. Thus, for instance, we have juk, a bug or cockroach; jinji, a redhead (from English “ginger”); jobnik, a soldier with a desk job, etc. And since standard Arabic is the opposite of standard Hebrew and has only a soft “g” and not a hard one, many such Israeli slang words come from it, e.g., jabl, a hill; or jeda, a strong young man. This is why l’najez incorrectly struck Mr. Krauthamer’s Israeli informants as Arabic-derived, too — and in fact, Arabic actually does have a verb najaza, although it means something entirely different. (As a transitive verb, it means to carry out or finish something, and as an intransitive verb, to be finished or fully existent.)

As for Judeo-English “noodj,” it functions both as a verb (“Stop noodjing me”) and as a noun (“What a terrible noodj she is”). While it clearly comes from nudzhn, it may also have been influenced by the English “nudge,” a word of obscure and possibly Scandinavian origin, which is probably why an American Jewish “noodj” is not quite the same as an American Jewish nudnik. Both, certainly, are pests, but the “noodj” is more outer-directed and less self-centered. A “noodj” is constantly nudging you; he or she is the person who never stops reminding you to dress warmly because it’s cold out, or to take an umbrella in case it rains, or to buy a carton of milk on the way home, or to make sure to put money in the bank — not once or twice, but over and over until you could scream. Head out the door with the umbrella under your arm, and the “noodj” will call after you, “If it rains, don’t forget to open it.”

The nudnik, on the other hand, may not care a whit whether you open the umbrella or not; he may not even care if you get drenched by a downpour and catch pneumonia. No, what concerns him is something else. Though you are already late for an appointment, having wasted 10 minutes looking for the umbrella you have misplaced, he needs to tell you — now! — about the yellow umbrella his Aunt Mildred once gave him as a birthday present, and about how he’s hated yellow since his pet canary died when he was a boy, and about how he could never get the damn bird to sing anyway, and about… but by now you’re feeling so seasick that your knees are buckling.

The “noodj” is always insisting that you do something. The nudnik may simply want a listener — but in the time it takes to listen to a nudnik, you could buy 37 cartons of milk for a “noodj.” Which is worse? If you’re married to a “noodj,” you might prefer a once-a-month encounter with a nudnik. If you’re rooming with a nudnik, on the other hand, marriage to a “noodj” might seem like paradise. It’s best to keep a safe distance from both.