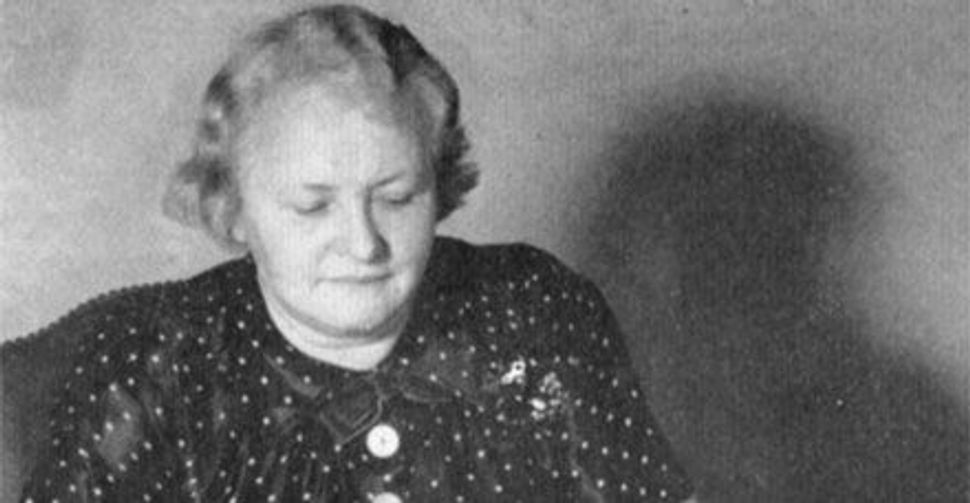 American Jews are no strangers to competition. One might even say it’s the coin of the realm, especially when it comes to academics, the law, sports and synagogue politics. All the same, it might very well surprise you, as it did me, to learn that competition also encompasses the realm of food.

No, I don’t just mean vying with one’s neighbor as to who sets the fanciest table or serves the choicest foods. I mean actual competition, with rules and regulations, winners and losers, and prizes galore. I have in mind recipe contests, which were all the rage within the American Jewish community of the interwar years. 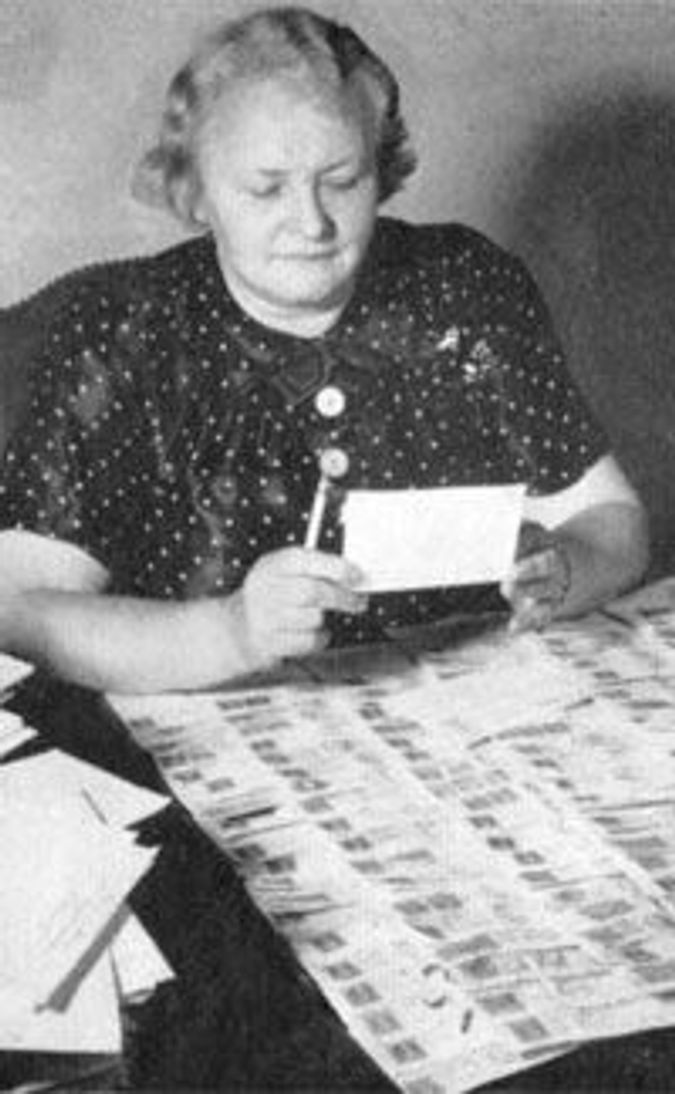 Regina Frischwasser: The Forverts?s food editor, she was with the paper from 1917 to 1959. Here she peruses 1946 recipe contest entries. Image by Forward Association

Promising many inducements, from money to the opportunity to see one’s name in print, these competitions ranged from one sponsored by the Gold Medal Flour Company in 1921 to the Jewish Examiner Kosher Recipe Contest of 1936. Both ventures, which pitted one Jewish woman against the other, transformed the sharing of culinary information from a casual, neighborly exchange into a high-stakes game.

“Ask your grocer how you can become a Gold Medal Flour woman,” trilled a big, bold advertisement that appeared within the pages of this very newspaper, whose support was enlisted to administer the contest. All you had to do was to submit a tried-and-true recipe, a representative Jewish dish or maykhl, to the Forverts contest department, whose panel of judges would vet its authenticity. In each instance, what held the panel’s interest, and resulted in a prize, was not the recipe’s affordability, versatility, aesthetic appeal or even its tastiness, but the way in which it transmitted tradition.

If the recipe passed muster, it would then appear in the “Gold Medal Flour Cookbook,” an ambitious compendium of recipes published in Yiddish in the early 1920s by Minneapolis’s Washburn-Crosby Company, the manufacturers of “healthy, clear, white and natural” Gold Medal Flour. With as many objectives as ingredients, the cookbook was designed in one fell swoop to secure the loyalty of the Yiddish-speaking consumer, to enlarge the palate of foods she served her family and to make sure that the traditional, Eastern European dishes she fancied would endure and hold their own in modern America.

A thousand immigrant Jewish housewives jumped at the chance not only to extend the shelf life of traditional Jewish foodstuffs, but also to become a Gold Medal Flour woman. Ultimately only 100 of them, those whose recipes ran the (limited) gamut from savory noodle dishes to hale-and-hearty soups, were awarded that designation, and with it the heady prospect of seeing their recipe included in a cookbook published by one of the nation’s leading manufacturers.

A decade or so later, the Jewish Examiner, a Brooklyn-based English-language Jewish weekly that proudly styled itself “America’s ace Anglo-Jewish periodical,” launched its own recipe contest — one that placed a premium on recipes that were both kosher and modern. That everything had to be fashioned from kosher ingredients and in strict accordance with the dietary laws was seen not as an obstacle but as an incentive, one that would help to redefine kashrut, a “burdensome affair,” as a pleasure.

“See your recipe in print,” the newspaper encouraged. “Jot down the recipes that make [your] husbands come home for dinner regularly.” Determined to prove that kashrut could more than hold its own in modern America, the panel of judges — “they know their onions,” the Jewish Examiner proudly related — eschewed traditional dishes in favor of their cheery, contemporary counterparts. Instead of brisket, gefilte fish and soup, their tastes ran to beet-and-cauliflower salad with anchovy dressing or to vegetable liver salad, which featured onions (of course) as well as several heaping tablespoons of peanut butter. Another much touted recipe was for stuffed banana salad, which, reportedly, a bride “heroically” prepared for her husband while the two were on their honeymoon.

Enthusiasm ran high, drawing more than 6,000 submissions from across the country. In the end, after much hemming and hawing and tasting, the judges selected 100 prize-winning entries, which appeared in the pages of the Jewish Examiner as well as in the “Jewish Examiner Prize Kosher Recipe Book.”

At first blush, these two events, and the cookbooks that resulted from them, couldn’t be more dissimilar. The Gold Medal Flour contest was essentially an exercise in preservation, that of the Jewish Examiner an exercise in renewal. The first looked toward the past and placed a premium on tradition; the second looked toward the future and valued innovation. And yet, the fact that both were predicated on competition and on the authority of the amateur rendered them close kin.

Democratic in its compass, participatory in its reach and oh-so-very American in its sensibility, the recipe contest invested authority in the individual, enabling Jewish women to command the attention and to receive the recognition of their peers. Lawyers, doctors, accountants, social workers and educators they may not have been, not in 1921 or in 1936, either. Beryes un balebustes — proficient bakers and housewives — was more like it.

But in preparing an award-winning recipe for the “Gold Medal Flour Cookbook,” American Jewish women at the grassroots contributed to the mighty project of cultural retention. And when, a decade on, American Jewish women put their name to recipes in the “Jewish Examiner Prize Kosher Recipe Book,” they, too, contributed to an equally mighty and exigent project: the resilience of tradition.

Scooped bananas or a farfel-and-white-bean soup might not look like much. They probably didn’t taste too good, either. But no matter. They remind us that the loftiest of goals often reside in the details of daily life and within the pages of a cookbook.