Why Are American Jews So Liberal? 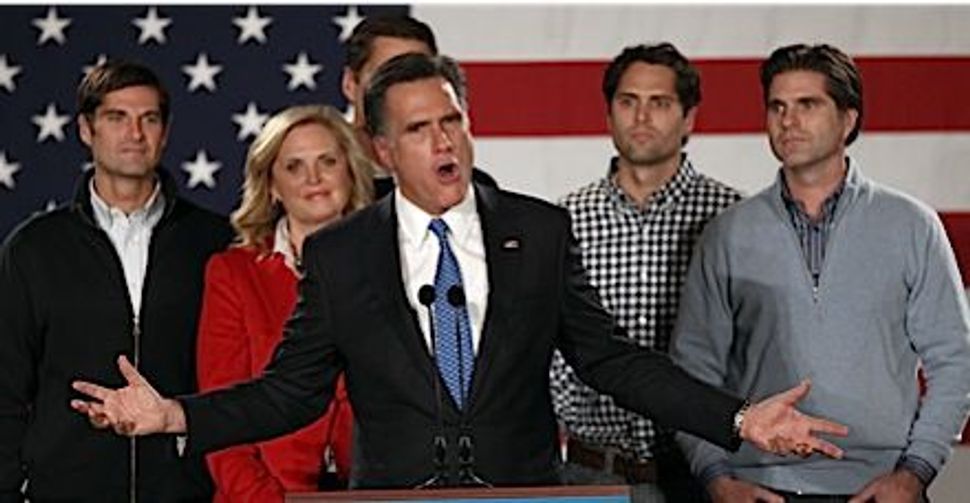 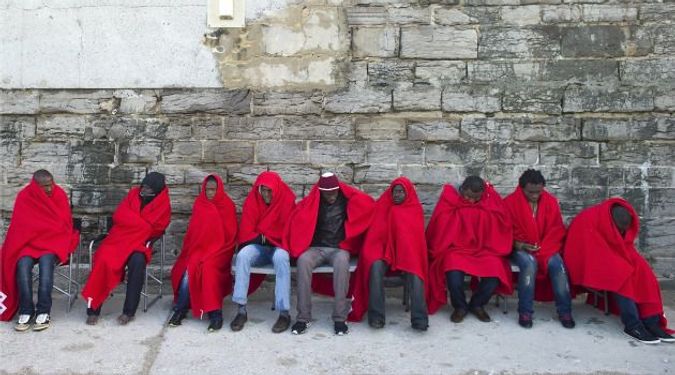 Strangers in Strange Land: American Jews have long since adapted to life in the U.S. So why do they vote like they are just off the boat? Image by getty images

Why are Jews so liberal?

Every few years, the question gets asked, often with the unspoken follow-up “… and what can we do to change that?” This year, Republican super PACs are drooling with anticipation. If you think the attacks on Mitt Romney by Sheldon Adelson — I mean Gingrich — I mean a Super-PAC that theoretically doesn’t co-ordinate with Gingrich — were mean, just wait until the general election. Israel! The war on religion! The Ground Zero mosque! Anything to wake up the Jews and get them to vote Republican.

What’s more, Jews have every reason to vote Republican. In a series of studies, political scientist Sam Abrams (together with Steven M. Cohen and others) has shown how American Jews’ views on helping the needy, on diplomacy versus war, and on other litmus test issues actually line up with the center, maybe even the center-right, rather than with the left.

Moreover, Jews are, on average, more affluent than most Americans, and political scientists tell us that the more affluent you are, the more likely you are to vote Republican. (More on that below.) When Jews were hawking pickles on Manhattan’s Lower East Side, our Democratic politics made sense. But not now, when we live in gated communities.

And yet, since Ronald Reagan, no Republican presidential candidate has gotten more than 30% of the Jewish vote. It’s an anomaly.

Abrams has suggested that Jews vote Democrat largely out of identity. Judge Jonah Goldstein, a 1940s Republican from New York, said famously, “The Jews have three veltn (worlds): di velt (this world), yene velt (the next world) and Roosevelt.” No doubt, that is in large part true. But in light of the Passover holiday, I want to suggest a different, perhaps complementary, view: It’s in our religion.

These are clear, powerful texts. It’s only human that when we have plenty, we lose our sense of empathy for those who have little. So, religion comes to remind us not to do that — in the Jewish case, by remembering the narrative of the Passover story and our shared experience of oppression.

Now, let’s go back to that political science point from a moment ago, about how wealth and voting Republican tend to correlate. This is a telling point. Republicans tell us that they, too, are living out the mandates of the Bible — this was part of my point in an earlier column, that conservatives also say they have Jewish values. They just say that the best way to help the poor is to get government out of the way, let rich people make more money and then assume that those same rich people will generously make up the difference.

But then, if Republican policies were really for the benefit of everybody, why do wealthy people disproportionately vote Republican? Is it that the richer you get, the more you care about the poor?

No, of course not. Conservative politics are not for the benefit of everybody; that’s just spin. Trickle-down economics, for 30 years a pillar of Republican policy, doesn’t work. A little spending trickles down, but mostly, capital enriches itself. The wealth gap widens. The super-rich take bigger and bigger risks, and are then declared too big to fail. Trickle-down rhetoric — that tax cuts for the rich promote jobs, that taxing millionaire’s estates would hurt small businesses — is just a cover for rich people to pay fewer taxes and keep more of their money.

Which is why rich people vote Republican. Because we are selfish animals, and we want more stuff.

Except when we remember. We remember, because of the Passover story, that we were slaves in Egypt: slaves, with no freedom, no property and no ability to look the other way from whatever we found unpleasant. And we remember, more recently, our Diaspora Jewish experiences, whether in the Holocaust or during times of anti-Semitism. Or, not too long ago, when we were disempowered peasants in Eastern Europe and new immigrants to America — just like the new immigrants that today’s Republicans want to keep out.

Jews are predominantly liberal because we are still mindful of being outsiders, even when we are insiders, and because we have a tradition that, right at this time of year, reminds us that we should not oppress anyone and must remember that we were once oppressed.

This is the Jewish equivalent of German pastor Martin Niemoller’s famous “First they came for the Jews…” speech. Today, we may be free people, unworried by the wealth gap, or the threats to the social safety net, or people of color being racially profiled and attacked, or the Republican war on women (since, after all, we’re rich enough not to need publicly funded contraception anyway). But tomorrow we might not be. And so we are enjoined to act responsibly now. This is the lesson of Passover, observed by more than 75% of American Jews (second only to Hanukkah).

Of course, the memory of victimhood can also be very harmful. For many Jews, the lesson of anti-Semitism is that we must always be tougher, stronger and meaner than our enemies, and it colors how we understand Middle East politics. And so, cynical conservatives, interested in their own power and wealth, have begun manipulating these Jewish traumas to their own ends. Bomb Iran! Support Israel all the time! Obama is a Muslim! These cries, too, speak to Jewish experiences of victimhood. They, too, can draw nourishment from the lessons of the Seder.

But they don’t have the support of the tradition itself. Apart from isolated cases (such as the law to annihilate Amalek), you won’t find these kinds of warmongering, greed-maximizing and fear-stoking messages in Torah. Do the aforementioned passages, or the rabbinic commentaries, say, “Treat the stranger roughly, because you were once strangers in Egypt, and you don’t want to slide back there, now do you?” Of course not. They say, “Do not oppress, because you were once oppressed.” They say, “You must rise above the all-too-human inclination to essentialize and demonize the Other, because you were once that Other.”

Yes, there is a Jewish consciousness that holds that in order to survive, you have to be tough, and take every advantage. Screw the other guy before he screws you. Let the poor get sick. And hit first, because might makes right (or because “Force is all the Arabs understand”). Some of it has filtered right into the Passover liturgy, like the pogrom-inspired prayer for God to pour out His wrath on the nations. Our tradition is complicated.

But religion’s role is to harness these human instincts, take us to something at once higher and deeper, and help us to be less nasty to one another. Sometimes it backfires, and the nastiness creeps back in. But the whole point is to get beyond the merely human, to aspire to a liberation that makes the Festival of Freedom worthy of its name.

Why Are American Jews So Liberal?