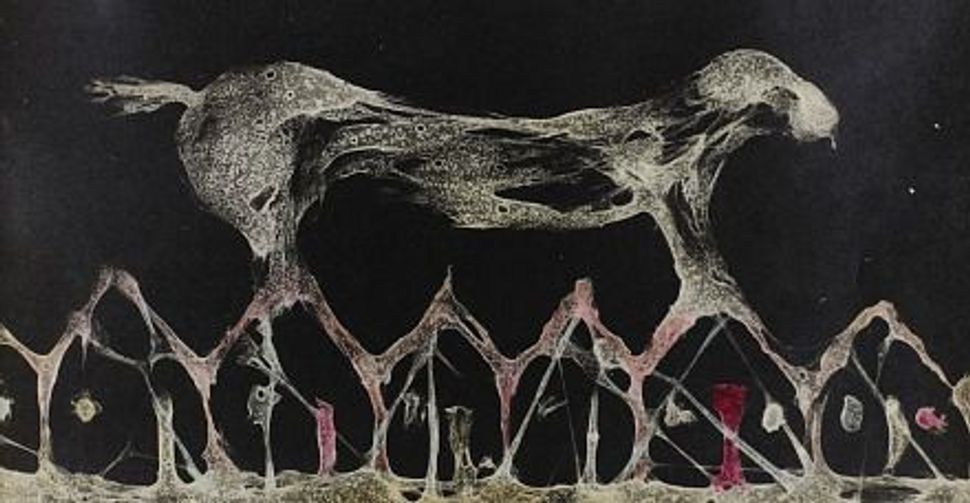 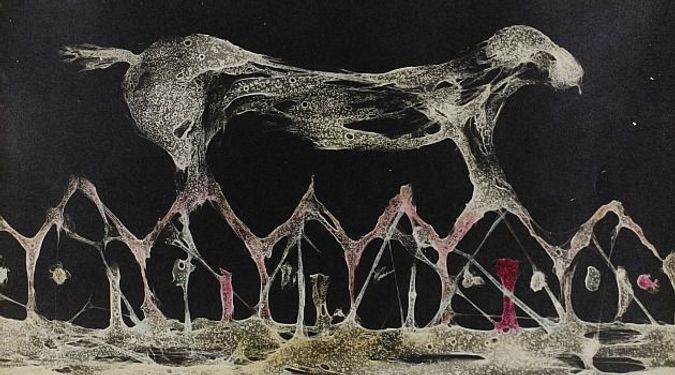 Exposed To Capture: Heisler alluded to the Holocaust with ghostly figures and bodies in distress. Image by Courtesy of the Art Institute of Chicago

Photographs by an artist who put clock springs and matchsticks in his nose to fool Nazis into mistaking him for an Aryan hang in galleries in the basement of the Art Institute of Chicago. Adjacent to them is an exhibit that includes a 1945 self-portrait by another artist, who is posing with the German eagle and swastika insignia between her teeth. Both artists, as one might guess, were surrealists, but Jindřich Heisler and Claude Cahun aren’t household names like those of fellow Jewish surrealists, such as Man Ray, Tristan Tzara and Marcel Janco.

“Jindřich Heisler: Surrealism Under Pressure” (through July 1) and “Entre Nous: The Art of Claude Cahun” (through June 3), which hang simultaneously at the Art Institute, feature works by artists who used absurdity as a technique to access the unthinkable — in this case, the Holocaust. Although Heisler and Cahun “operated often at the margins of the Surrealist movement,” they were admired by its founder, André Breton, and “have been rediscovered only in recent decades,” according to an Art Institute release. 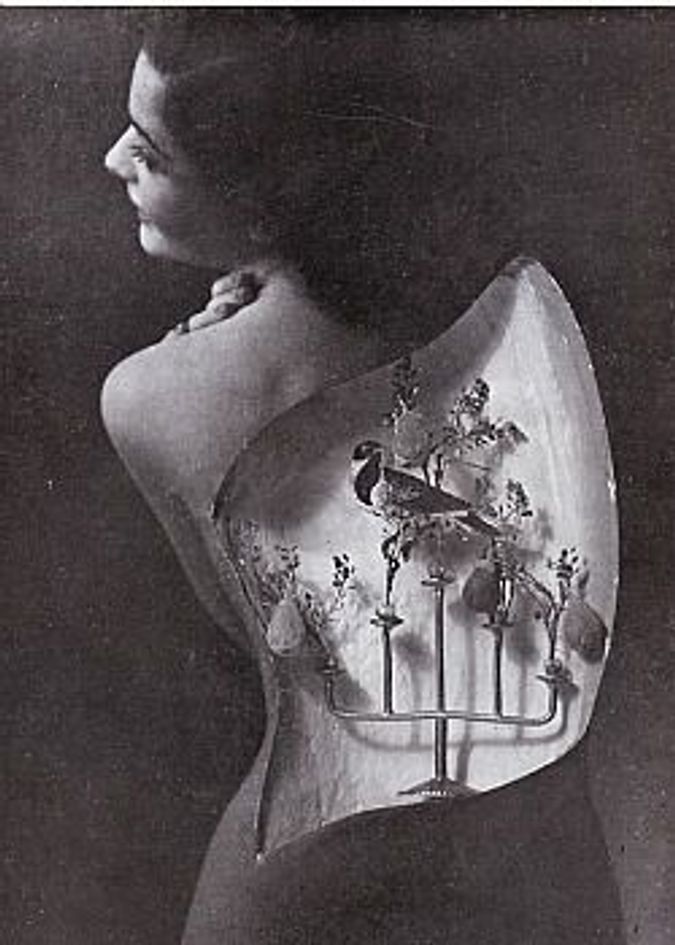 Heisler, who was born in 1914 to an assimilated Bohemian family, studied chemistry but chose art over the family business of pharmacology. In 1941, when he was living in Prague, Heisler received a Nazi deportation order, which he ignored. Instead, he went into hiding for three years, during which he slept in a friend’s bathtub and narrowly evaded capture on several occasions.

He also boldly went out in public once in a while, and during those times he employed the nasal disguise of springs and matches. “The result was probably more suspicious than if he had not done so,” notes Jindřich Toman, a professor of Slavic linguistics and Czech culture at University of Michigan and a nephew of Heisler’s, in the exhibition catalog. Heisler’s fake identification card, however, with the name Karel Dvořák, “the most anodyne of Czech male names,” checked out, Toman adds.

Although melting clocks are scarce in the Art Institute show, Heisler’s works include a 1944 gelatin silver print of a rake with lighted candles instead of prongs (resembling a six-branched menorah), a photomontage (circa 1943) of a town square packed with chickens and fish bladders, and two versions (one seated, one standing) of a nude doll set in a landscape of bones that seem to be growing out of the earth. And, one of the 25 plywood cutout letters in Heisler’s “Alphabet” (there’s no ‘W’ in Czech) consists of a bird atop a minaret, with a large bat’s wing attached to a human hand bearing an ax. The ax, incidentally, threatens to topple the minaret, which lends the entire letter an unstable air. The works don’t directly address the Holocaust, but their ominous visions can’t be separated from the context in which they were made.

Another Heisler work, a collection of poems titled “Only the Kestrels Piss Calmly on the Ten Commandments,” might be the second most blasphemous surrealist work after Max Ernst’s 1926 painting “The Virgin Spanking the Christ Child before Three Witnesses.” Though not a Jew himself, Ernst was at one time the husband of Peggy Guggenheim and was denounced by the Nazis as a Jew. Heisler’s poems, meanwhile, which he published in 1939 with drawings by Toyen (born Marie Čermínová), were intended to be subversive texts to be handed to conquering German soldiers so that they would be led astray.

“That Heisler could react with defiant wit to such poisonous pressure makes his work not just original but exemplary for modern times,” Toman and Matthew Witkovsky, curator and chair of photography at the Art Institute, wrote in their catalog’s introduction.

Defiance aside, Heisler’s life ended early, despite his having evaded Nazi capture and moving to Paris after the war. He registered with the Prague Jewish community after the war, but in perhaps the most surreal moment of his life, his name was erroneously added to the more than 77,000 victims of the Holocaust listed in Prague’s Holocaust memorial, Pinkas Synagogue. Suddenly, in 1953, the artist died of cardiac arrest at the tender age of 38.

Cahun, meanwhile, was born Lucy Schwob in 1894 to a French-Jewish family. She assumed the pseudonym Claude Cahun at age 22. In 1944, the Nazis arrested Cahun and her partner, Suzanne Malherbe, for their political activities — which had included producing anti-Nazi fliers — and placed them in solitary confinement for a year.

Cahun was perhaps most subversive in her self-portraits, in which she often blurred gender boundaries by representing herself as a man. In a self-portrait from about 1928, for example, Cahun appears twice (once in a mirror), dressed in a checkered shirt and sporting a short haircut. The “real” Cahun meets the viewer’s gaze, while the reflected Cahun looks away. From viewers, the artist simultaneously demands attention and makes them feel like voyeurs.

In her February 1945 self-portrait — some nine years before she died — Cahun posed soon after being released from jail. A fellow prisoner gave her a badge from a Nazi uniform, which Cahun “promptly stuck in her mouth,” according to a 2006 article in The Telegraph. In the photograph, Cahun — whose hair is covered and who stands in a doorway with her hand in her pocket and her coat unbuttoned — looks directly at the camera. It would be a stretch to suggest that the photograph captures a subject that had not suffered a good deal, but Cahun also seems to be smirking.

Heisler’s works also marshaled absurdity to address the Holocaust. Nowhere is that more apparent than in a work that references Alfred Jarry, the bizarre French artist who invented the opaque, pseudo-science pataphysics and whose “Ubu” plays were so controversial (and dirty) that they started riots. Surrealism often addressed tyranny through the absurd, but there is a particularly creative absurdity about Heisler’s spring-in-nose shenanigans that makes us wonder what he might have achieved had he lived a little longer.

Menachem Wecker, who is based in Northern Virginia, blogs and reports on faith and art for the Houston Chronicle at blog.chron.com/iconia.