The Windy City’s primary art establishment is making sure its wealth of cultural artifacts is just a keystroke away. 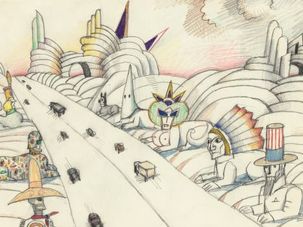 This is the centenary year of artist Saul Steinberg, probably best known for his cover art for The New Yorker, particularly, “View of the World from 9th Avenue,” his illustration of the world as seen by a typically myopic New Yorker. 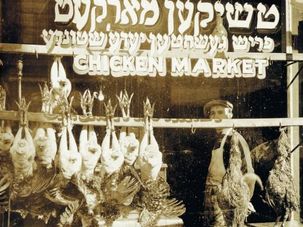 Throughout art history critics have debated whether Jewish artists see the world differently. A new exhibit on photographer Max Kozloff focuses in on the idea of a Jewish lens. 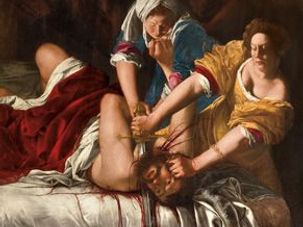 There’s no way of getting around the violence in the noteworthy, but often neglected, Hanukkah-related story of Judith and Holofernes. Judith’s heroic action, the political assassination of the Assyrian general Holofernes, is one of the reasons, some say, why one Jewish legal code states that women shouldn’t work while the Hanukkah candles are burning. 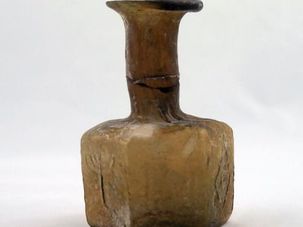 Many of the tourists who trek to Israel inevitably pack for their return flight with a variety of kitschy souvenirs and gifts for friends back home: red “Kabbalah” bracelets; Israel Defense Forces T-shirts; clocks with the Hebrew alphabet; Israeli flag or hamsa key chains. Fourteen centuries ago the props were different, but the business model of selling holy tchotchkes was very similar. 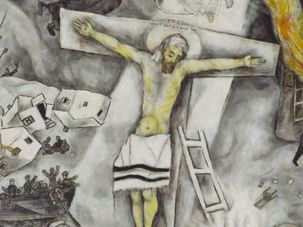 Marc Chagall’s ‘White Crucifixion’ has been making international news. Pope Francis has said that the painting, which depicts Jesus wrapped in a tallit, is his favorite work of art. 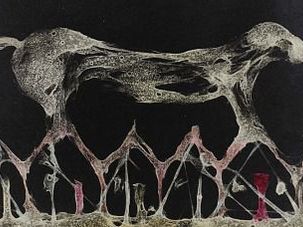 A new exhibit at the Art Institute of Chicago details how surrealism used absurdity as a weapon against the unthinkable horror of the Holocaust. 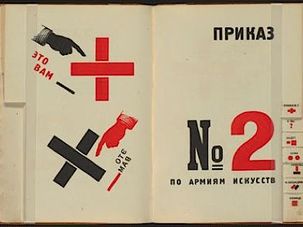