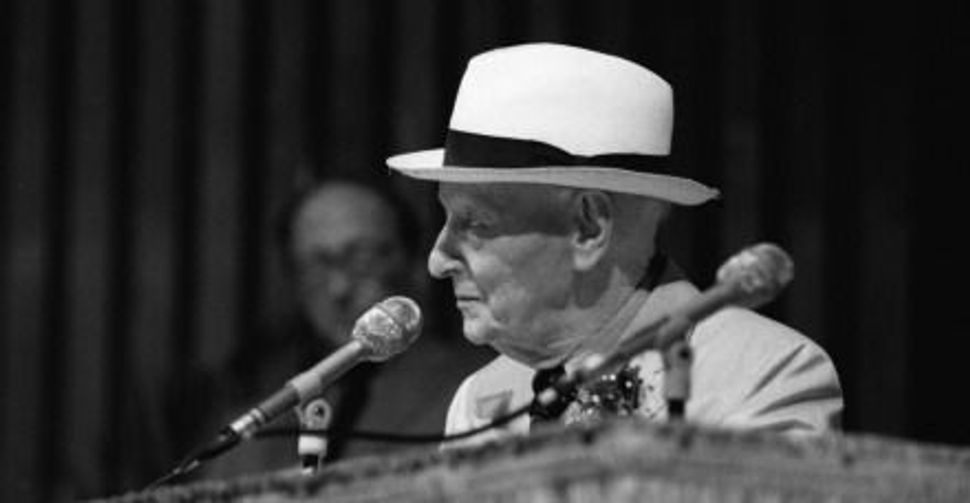 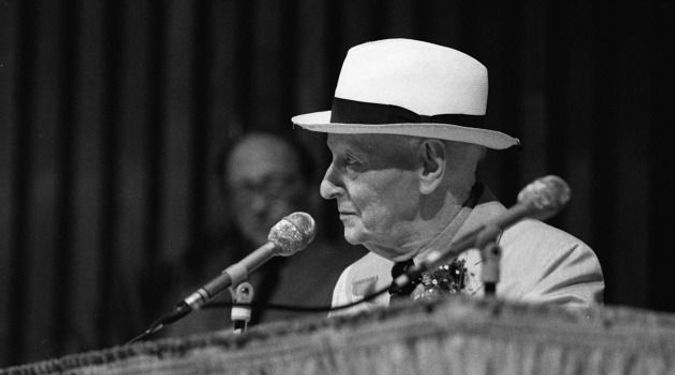 Alma and Isaac: The famed writer always returned to his wife, Alma, despite his well-documented betrayals. Image by wikimedia/mdc archives

Who could live with Isaac Bashevis Singer? The sexual escapades of the most successful Yiddish writer in America — and the one whom most Yiddish literati loved to hate — were public knowledge, in large part because he himself built his reputation as a Casanova in his own fiction, where he was chased into the bedroom by women young and old. His oeuvre might be described as “sex and the shtetl.”

Still, Singer was a married man. In Warsaw, before immigrating to the United States, he had a child out of wedlock — Israel Zamir, Singer’s only son — with one of his mistresses, Runia Shapira, a rabbi’s daughter. She was a Communist expelled from the Soviet Union for her Zionist sympathies. In his 1995 memoir, “A Journey to My Father, Isaac Bashevis Singer,” Zamir recounts how he and his mother ended up in Palestine. But since Singer and Runia separated when Zamir (born in 1929) was little, the report is almost totally deprived of a domestic portrait.

For Singer as homo domesticus, I needed the views of his wife, Alma Haimann, whom I’ll refer to by her first name hereafter. I had read in a 1970s article from The Jewish Exponent that Alma had been at work on an autobiography. “I’m about as far as the first 100 pages,” she told the Philadelphia newspaper. I was also aware, from Paul Kresh’s 1979 biography, “The Magician of West 86th Street,” that Singer didn’t think his wife would ever finish the manuscript. But was there such a manuscript?

Happily, when I last visited Singer’s archives at the Ransom Center, in Austin, Texas, I located the manuscript. Unhappily, it is far less than Alma had promised — not only in length (I came across 13 pages, a number of them only a few lines long,) but also in content. The first page has a title penciled in capital letters: “What Life Is Like With a Writer.”

The material is unformed, the style is clumsy; the scenes are poorly narrated. Of course, it is unfair to depict Alma as a failed writer, for she never aspired to be a writer. Neither is this manuscript a finished product. Yet Alma on occasion did present herself as an author. She wrote at least one short story, which she sent out to magazines. An editor gave her an encouraging response, but asked her to change the ending. Alma never followed up, and dropped the endeavor altogether.

She and Singer met in the Catskills, at a farm village named Mountaindale. Although in the manuscript, Alma is elusive about dates, it is known that the encounter took place in 1937. The two were refugees of what Singer’s older brother, Israel Joshua, by then already the successful novelist I.J. Singer, would soon describe as “a world that is no more.” And the two were married to other spouses. Alma and her husband, Walter Wasserman, along with their two children, Klaus and Inga, had escaped from Germany the previous year and come to America, settling in the Inwood section of Manhattan. As for Isaac — as Alma always called him — he arrived in 1935. She portrays their encounters as romantic, although she appears to have been perfectly aware of his reputation.

Alma doesn’t explore the cultural differences that separated them. She was an upper-class German Jew born in Munich, whereas Singer was from Leoncin, a small Polish village northeast of Warsaw. In 1904, when Singer was born, Leoncin was part of the Russian Empire. In Alma’s milieu, Yiddish was a symbol of low caste. Her father had been a textile businessman and her grandfather had been a Handlerichter, a judge specializing in commercial cases. Although Wasserman, her first husband, was nowhere near as rich in America as he had been in Germany, he was certainly far wealthier than Singer, who was known as an impecunious journalist.

After her divorce from Wasserman and subsequent marriage to Singer, Alma worked as a seamstress. She then became a buyer for a Brooklyn clothing firm. From 1955 until the store closed, in 1963, she worked at Saks 34th Street, and then, until retirement, at Lord & Taylor. On occasion she would accompany Singer to his lectures. They also traveled together to Europe, especially England and France. The purpose of one of those trips was for Alma to show Singer the places in Switzerland where she and her parents had stayed before the war. When she returned to America, she felt ecstatic. In the manuscript, she recollects standing on Broadway, looking in wonder at a fruit store and grocery, admiring their abundance.

Alma writes about Israel Joshua Singer admiringly. She talks about writers Aaron Zeitlin and Shaye Trunk, and about Trunk’s wife, Hanna, who she says came over frequently for tea and cake. She paints poet Kadya Molodowsky as pale and dark-haired with trouble keeping her eyes open. And she recounts, in some length, her husband’s feud with Ab Cahan, longtime editor of the Forverts. The episode that captures her imagination was the newspaper’s promise to publish Singer’s novel “The Family Moskat” in installments. After Cahan viewed the first few installments as disappointing, he stopped serialization, according to Alma. In the ensuing fight, the Forward Association sided with Singer, which, according to Alma, forced “a somewhat senile” Cahan “to resign or reassign himself.”

The description of the incident is only partially true. In serialized form, the novel began publication in 1945. By then an aged Cahan was indeed ill. But it is implausible that the altercation surrounding “The Family Moskat” led to the editor’s demise. Incidentally, not only did the Forverts release the whole narrative, but Singer also went on to contribute numerous pieces to the Yiddish daily.

What kind of inner, private life did Alma have? Did she tire of years of cooking, cleaning, ironing and sewing for Singer? Was it difficult to be the wife of a public person? How did she cope with his escapades? About these the manuscript remains silent. After all, Alma belonged to a social class where women weren’t encouraged to explore such details. In an interview, she does represent the younger Singer as easy-going and says how much he changed over time. But she ascribes those changes to how much people wanted from him and not the other way around.

Sadly, nothing in Alma’s narrative hints at the emotional turmoil Singer left in his wake, although in the 1970s she told Kresh that abandoning the Wasserman family left such a sour taste in her mouth that she convinced herself it was better to stay forever with Singer despite his infidelities than to cause another emotional uproar. By most accounts, the lingering effects of her divorce made for bad blood toward Singer among Alma’s children and their extended family.

Alma recounts her relationship with Singer as one of endurance. Her first two lines are: “When I told my friends and relatives that I intended to marry Isaac Singer, they all protested violently that it would not last more than a few weeks, and that the whole thing was a mistake. So far it has lasted for almost forty years, and although it was sometimes stormy, it nevertheless is a record.” Yes, she says it’s a record. The word “love” is nowhere to be found.

Singer’s domestic side is thorny. The Singers kept a Hispanic maid, and Dvora Menashe (later Telushkin), who was Singer’s assistant in his late years — indeed she wrote a memoir, “Master of Dreams” [1997], recounting that time — told me about her. So did Janet Hadda, who wrote the biography “Isaac Bashevis Singer: A Life” (1997). Hadda even provided me with an address, but my letters went unanswered. Lester Goran, who co-taught with Singer at the University of Miami and wrote a memoir about their friendship, “The Bright Streets of Surfside” (1994), couldn’t help me, either.

In the end, as Singer suffered from dementia, his relationships with Goran, Menashe and perhaps even Alma soured. The effects lingered unpleasantly even after his death, and as a consequence it’s hard to track the sirvienta. We don’t even know her name or nationality for certain. The idea of a Spanish-speaking maid as an integral part of Singer’s household is ripe not only for biographical scrutiny, but also for fictional development.

All this to say that the Yiddish writer’s other women — not the sexy but the stolid, those who accompanied him at home for better or worse, for richer or poorer, in sickness and in health — are crucial to the understanding of how he looked at the world. Alma was his anchor. Despite his betrayals, he always returned to her. Her silence, her resignation, might be disheartening to modern sensibilities. Yet she grounded him, and not only as an artist.

Ilan Stavans is the Lewis-Sebring Professor in Latin American and Latino Culture at Amherst College. He edited the three-volume “Isaac Bashevis Singer: Collected Stories” (Library of America) and is finishing a biography of Singer, for Princeton University Press.