How Do You Say ‘Freebie’ in Hebrew? 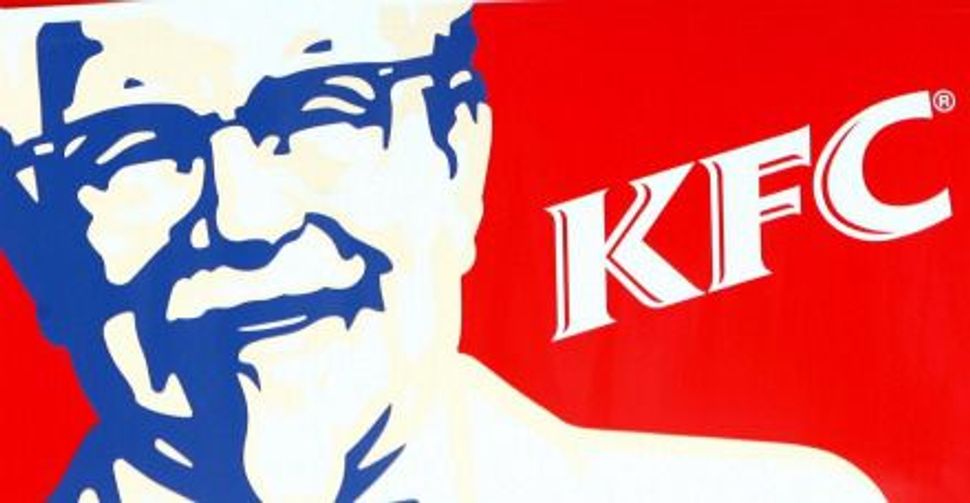 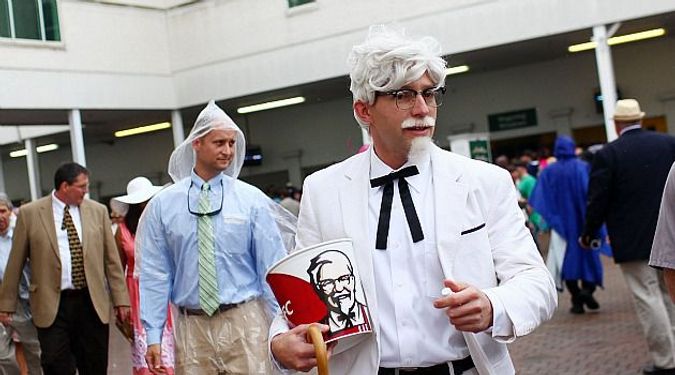 Finger-Lickin? Linguistics: The Hebrew term for freebie may come from the Spanish term for finger-licking good. In other words, Bibi Netanyahu and Col. Sanders have plenty in common. Image by getty images

How do you say “freebie” in Hebrew? This was the question facing the daily newspaper Haaretz when called upon to translate Prime Minister Benjamin Netanyahu’s remark, delivered in Jerusalem in English on April 15, that the United States and Europe had given Iran a “freebie” by deferring further negotiations over its nuclear program until late May.

Haaretz’s initial attempt, made in its April 16 coverage of the story by reporter Barak Ravid, was matana, the Hebrew word for “present” or “gift.” Yet the following day, Chemi Shalev, its correspondent in the United States, sought to better that. “My first impression,” he had Netanyahu saying in a Hebrew translation retranslated here into English, “is that Iran has gotten a chupar.” And Shalev went on: “With Senator Joe Lieberman standing by his side, Netanyahu demonstrated his proficiency not only at the latest American slang, but also at American domestic politics.”

Shalev’s own proficiency at American slang is none too great if he thinks that “freebie” is a recent term, because it goes back to at least the 1920s and has been known to Americans for decades as denoting something given away free for promotional purposes, and by extension, as something that can be had at no cost. Where the word’s second syllable came from is unclear. The “-bie” may originally have been a meaningless rhyme, or else the word “by” as in, “Product X is being given away free by Company Y,” or else “bye” in its sports sense of being allowed to advance to the next round of a tournament without having to face an opponent.

In any case, chupar (pronounced “tshoo-PAHR”) is indeed better than matana, since it is slangy like “freebie” and has a meaning that is similar though not identical to it. A chupar in current Israeli Hebrew is an extra perk — a bonus to an employee, an upgrade to a traveler, a weekend’s leave to a soldier, an ice cream cone to a child — given as a reward or incentive or simply as a nice surprise. The word also yields the verb l’chaper, as in a sentence like, “Hu chiper et ovdav b’nofesh b’Elat,” “He treated his workers to a vacation in Eilat.”

Although chupar has been derived by some from Hebrew shipur, “improvement,” this is no more than a folk etymology, there being no reason that a Hebrew “sh” sound should have changed to a “ch” sound, which is not native to the language and always indicates a foreign influence. Moreover, the influence in this case is clear: It is the Ladino expression chupar los dedos, “to lick one’s fingers” — that is, to enjoy something greatly, such as a tasty dish. The proof of this is not only that Israeli Hebrew has also adopted chupar los dedos literally in the form of the idiom l’lakek et ha-etsba’ot, but that chupar in Hebrew originally meant something especially good or delicious, as can be seen by looking it up in volume two of Dahn Ben-Amotz and Netiva Ben-Yehuda’s Hebrew slang dictionary, published in 1982.

Chupar los dedos is not just Ladino. As para chuparse los dedos it is also standard Spanish for “mouthwatering” — or, as one might say today, for “finger-licking good.” And this, of course, raises the question: Is “finger-licking good” a translation from Spanish just like l’lakek et ha-etsba’ot is from Ladino?

“Finger-licking good,” despite its folksy feeling (especially when written “finger-lickin’”), is not an old expression. In fact, it was coined in the 1960s as an advertising slogan by the Kentucky Fried Chicken Corporation, whose early television commercials showed the company’s legendary founder, “Colonel” Harland Sanders, licking a last bit of drumstick from his fingers. (No doubt fried chicken is a food traditionally eaten with one’s hands because if attacked with a knife and fork, its batter crumbles in one’s plate instead of all over one’s face as it’s supposed to do.) The slogan served the company well for years, until — or so the story goes — it was introduced, along with the product it advertised, into China in the 1980s as “eat-your-fingers-off good” and nearly scared a billion Chinese away from Kentucky fried chicken forever.

Did someone in the ad agency that came up with “finger-lickin’ good” know Spanish? It’s not impossible. But there’s another possibility, too. Sanders, who started selling the world fried chicken from a Kentucky gas station at the age of 40 (although he learned to cook at the age of 6, when his father died and his mother had to go to work), had a checkered career before that, which included jobs as a steamboat pilot, insurance salesman and railroad fireman. None of this would have taught him any Spanish — but a stint in the U.S. Army, for which he volunteered as a 16 year old in 1906 after lying about his age, might have, since he served nearly all of it in Cuba, then a protectorate of the United States. Was it Sanders himself, then, who translated para chuparse los dedos as “finger-lickin’ good” and went on to conquer the world with it? Go prove it wasn’t.

It’s a pleasanter subject to ponder than an Iranian bomb, anyway.

How Do You Say ‘Freebie’ in Hebrew?