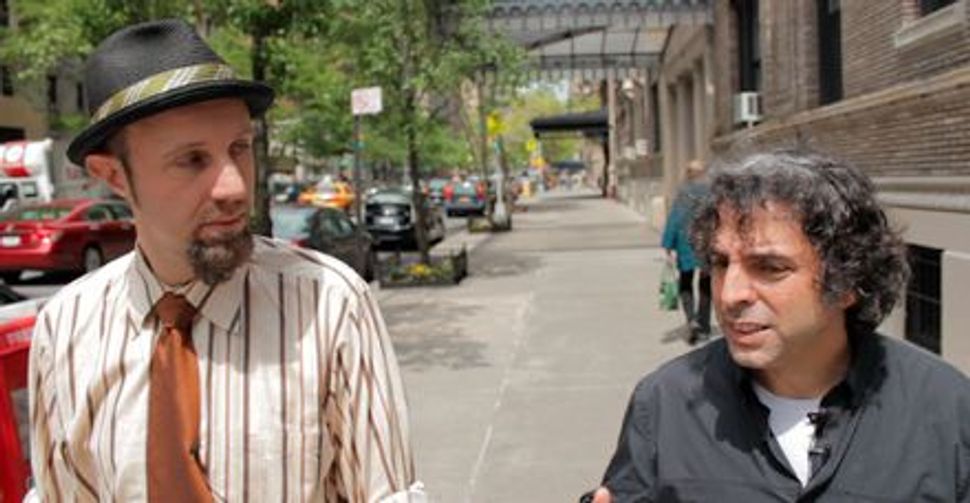 While Etgar Keret, the Israeli novelist and screenwriter, was in the country to promote his latest book “Suddenly, a Knock on the Door: Stories,” he went for a walk with the Forward’s Dan Friedman.

Keret — the writer The New York Times called a “genius” and the man Salman Rushdie referred to as “the voice of the next generation” — opened up about the difficulty of leaping over the gender gap to write as a woman and expanded upon his own peculiar theory of literature. On their stroll through Manhattan streets they discussed soccer, cheese, fatherhood, sex with animals and blasting the world to pieces.

Watch Keret sharing his opinions of Manchester United and Real Madrid and speculating about how famous soccer personalities might behave in a Holocaust.