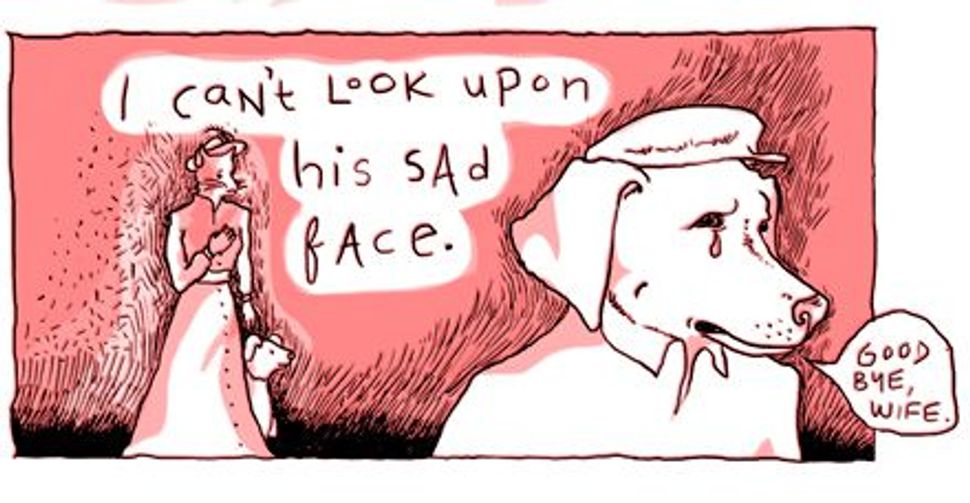 In April 1907, a frazzled Forverts reader wrote in to the newspaper’s advice column, the Bintel Brief, entreating the editor “not to write which city this comes from.” Her life, she wrote, is terrible. Her husband is “truly not a mensch.” What should she do? Liana Finck reimagines this story in graphic form as part of a series of comics based on the Bintel Brief. The letter was translated from Yiddish by Jordan Kutzik.

Liana Finck’s work is supported by a grant from the Six Points Fellowship for Emerging Jewish Artists, a partnership of Avoda Arts, JDub Records and the Foundation for Jewish Culture and made possible with major funding from UJA-Federation of New York.