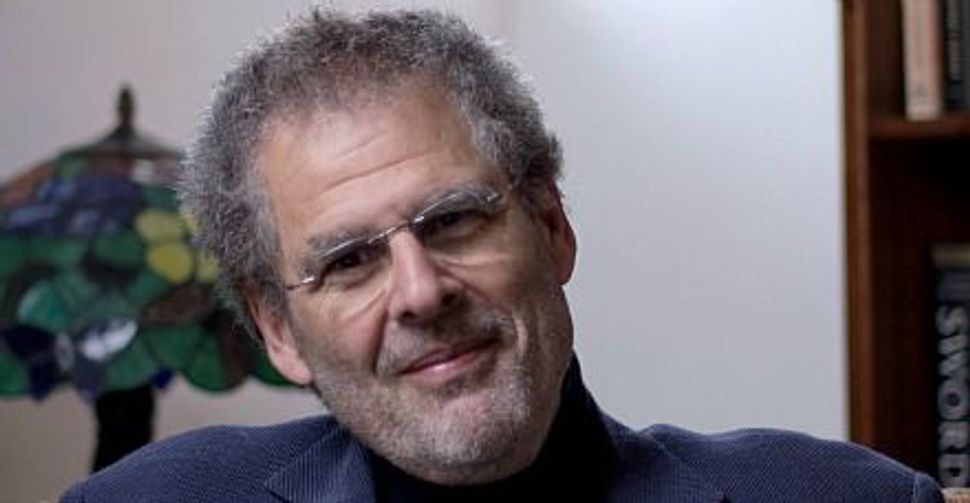 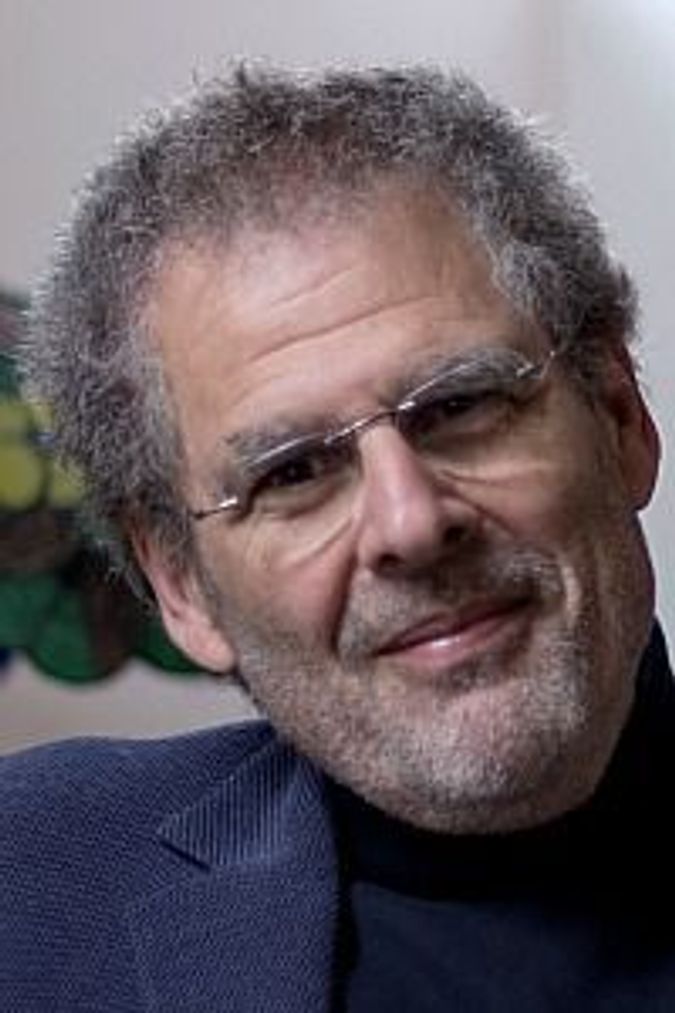 Philip Roth’s “Portnoy’s Complaint,” published in 1969, was not only an instant sensation (the book sold almost half a million copies within 10 weeks); there are those in the lit-crit and literary-history establishment who have maintained that “Portnoy’s Complaint,” in prefiguring everything and all that followed in Roth’s oeuvre, is a work of lasting merit.

All was not roses for “Portnoy’s Complaint.” Many were those who exuberantly excoriated Roth for his graphic, indeed crude, explorations of sex. And forget not: “Portnoy’s Complaint” was preceded by a decade by “Goodbye, Columbus,” for which Roth was well and truly incinerated by the Jewish community. We yet recall the musing of a prominent rabbi, commenting on Roth’s washing the dirty laundry of American Jews in public: “In the Middle Ages we knew what to do with Jews like Philip Roth.” Indeed, the censorious dismay around “Goodbye, Columbus” was far beyond that which surrounded “Portnoy.”

“Portnoy” did, of course, come in for its own share of scathing criticism, beyond the disgust expressed by many readers. Who will forget the one-sentence review by magisterial Jewish thinker Gershom Scholem? “This is the book for which all antisemites have been praying.” 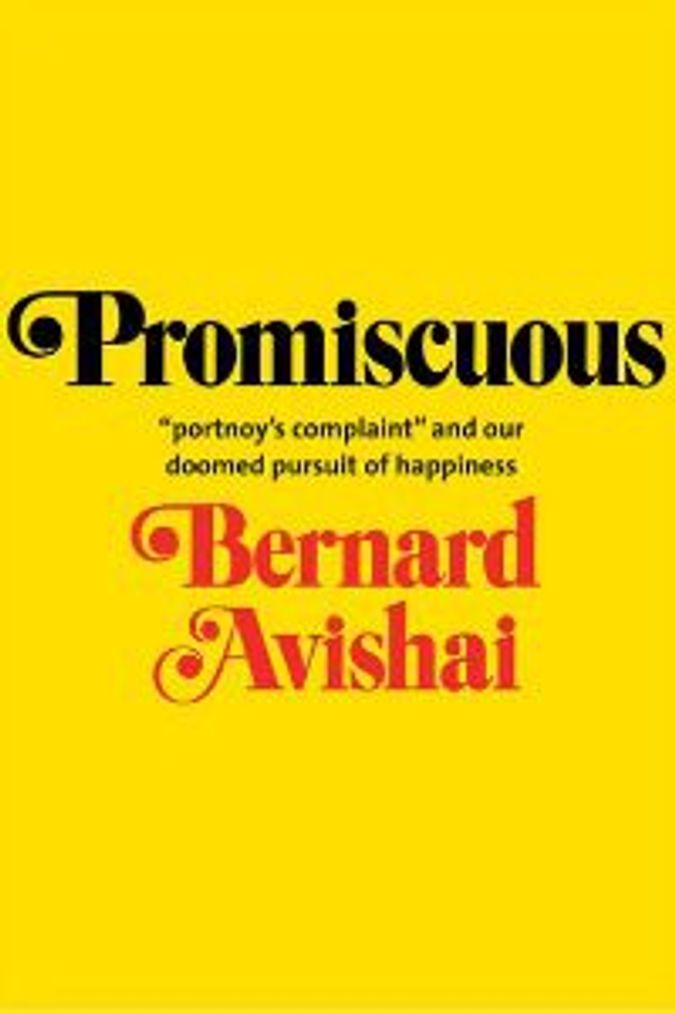 But who was Portnoy? Whence did he come? And what was his impact, beyond the scorn and praise heaped upon the author? Bernard Avishai, an adjunct professor of business at the Hebrew University of Jerusalem who was the author some three decades ago of the provocative “The Tragedy of Zionism,” takes a stab at these questions in “Promiscuous.” Avishai, an unlikely candidate in this arena, nonetheless fields these questions deftly, intelligently and — best of all — wittily.

“Promiscuous” is more than an exploration of “Portnoy’s Complaint”; it is in effect a “biography” of Portnoy and of his creator: What is the relationship among Portnoy, “Portnoy’s Complaint” and Roth? Is Roth Portnoy? Significant, as well, “Promiscuous” is a “biography” of the Jewish community that excoriated Roth. As important to Avishai as the tendency to the comic, indeed grotesque, in Jews and their families is “the voice that cannot mock others without first mocking itself…. This was the sound of the psychoanalytic room.” Using the psy-choanalyst’s couch as a launching pad is Roth’s conceit, and Avishai’s, as well.

What emerges from Portnoy’s adventures is, as Avishai puts it, “a way of exploring the Drang [“drive”] before the Sturm [“storm”] in a young man’s life.” All of what was wrong with Roth/ Portnoy — rage, lewdness, ingratitude — reflecting, in the eyes of many, what was wrong with much of American society, was but a part of the story. These were a small piece of what was wrong with Portnoy, and by extension, Roth. Portnoy was a person who was to be the repository of every conceivable socially unacceptable thought and action. It was all about American society — and it all came out in Roth’s book.

And that’s why “Portnoy’s Complaint” was so shocking to the reader — especially the Jewish reader — of 1969. The shock had to be about more than over-the-top masturbation. Avishai’s insight is hinted at in the subtitle he gives his book. “Our Doomed Pursuit of Happiness” means that by the late 1960s, American Jews simply had had enough: the aftermath of the Holocaust, the Six Day War, problems with Jewish identity and with continuity that accompanied the community’s success — these and other issues were of the larger, tumultuous social context that informed everything about America at the time. Avishai suggests that Portnoy taught us, “You don’t have to be this respectful” of social norms. The “repellent side” of being Jewish — indeed, of being human in the 1960s — was worth telling about, and in “Portnoy” Roth told the story strongly.

In one of the strongest chapters in “Promiscuous,” Avishai visits upon the reader a valuable history of the critical reception of “Portnoy’s Complaint,” tracking the players of the condemnatory chorus, from Gershom Scholem to political Zionist essayist Marie Syrkin (“[Portnoy] is Julius Streicher’s satanic Jewboy lusting after Aryan maidens”), through Kingsley Amis and culminating in Diana Trilling’s famous article in Harper’s Magazine, which scorched “Portnoy” and its author. (Lest we forget, Trilling was an equal opportunity excoriator: It was she who famously said that she would like to bury Jack Kerouac alive.) More serious was the hugely respected Irving Howe, who had played no small role in promoting “Goodbye, Columbus” a decade earlier. Three years after “Portnoy” appeared, Howe attacked the book not because it was anti-Semitic or indecent, but because “it was worse, a literary failure and a social disappointment.”

Avishai’s catalog of horrors serves an important purpose: It tells us all we need to know about the Jewish community of the late 1960s and early ’70s. But it tells us, as well, why Roth outlasted his critics. “Portnoy’s Complaint” is not simply a book of its moment. Every tension and struggle, every Drang and every Sturm, found in “Portnoy” is “latent in any bourgeois decade.”

Most important, the themes of family ties, sex and love, identity, Zionism and just plain Jewishness, which come to full flower in many of Roth’s later masterpieces, are prefigured in “Portnoy’s Complaint.”

“Promiscuous” teaches us that “Portnoy’s Complaint” just may be worth, 40-something years later, a second look.

Jerome A. Chanes, a Forward contributing editor, is the author of four books on American Jewish public affairs, history and sociology.