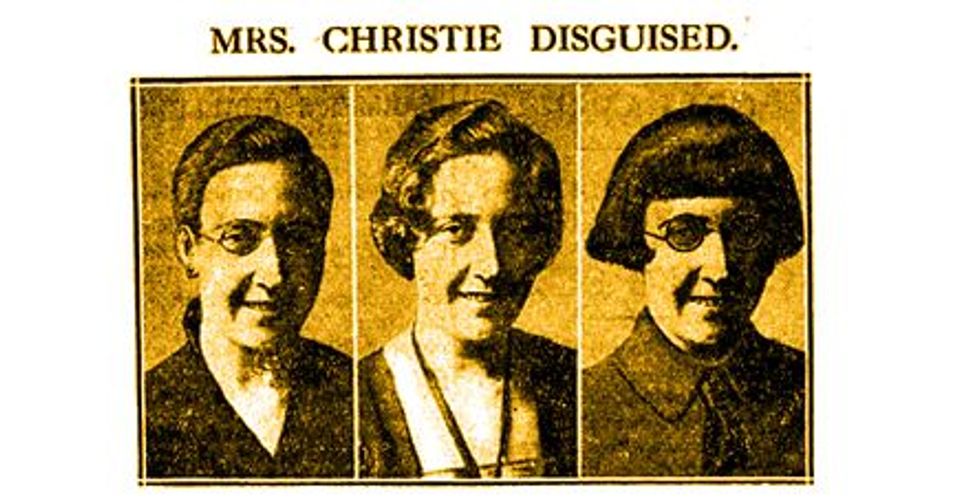 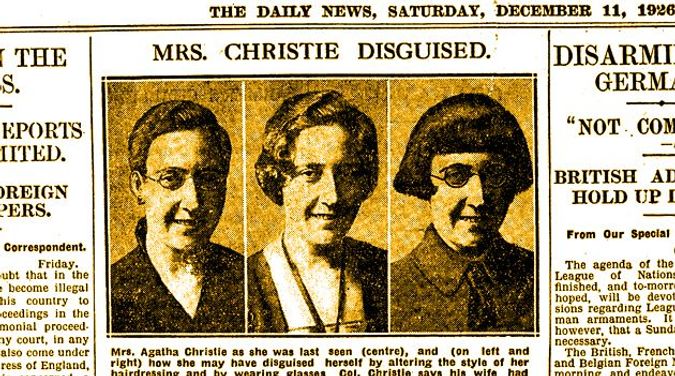 Gray Matters: Sometimes, a linguistic puzzle can be as difficult to solve as an Agatha Christie mystery thriller. Image by Getty

Forward reader Marvin Karp, inspired by my July 29 column about the word “macabre” and its possible connection with the Hebrew verb kavar, to bury (a connection that, as I observed, etymologists dismiss in favor of “Maccabee”), writes:

“I have always sensed a connection between kavar and Italian cavare, to draw out, and scavare, to dig or hollow out. Although I don’t know the Latin behind these verbs, the word ‘cave,’ too, it seems safe to say, must derive from it.”

And reacting to the same column, Zvi Elkon of kibbutz Gesher Haziv in Israel proposes:

“Is not, like ‘macabre,’ our word ‘mystery’ taken from the Hebrew too, from the verb l’hastir, to hide?”

I often get letters from readers suggesting connections between words in Hebrew and other languages, based on similarities of meaning and sound. In most cases, a quick consideration shows that these similarities are mere coincidence. Such is the case with cavare and kavar. Although, as Mr. Karp surmised, our word “cave” indeed comes from Latin, its root is the adjective cavus, hollow or concave, from which derive the Latin verbs cavare, to hollow out, and excavare (yielding Italian scavare), to excavate. The “r” in cavare and excavare comes from the “-re” ending of Latin infinitives, whereas the “r” of Hebrew kavar is part of the root. This makes any connection between the two words highly unlikely, especially since Latin and Hebrew belong to entirely different linguistic families. True, early rabbinic Hebrew has hundreds of Latin words in it, but these were borrowed during the period of the Roman Empire, when Jews and Romans lived in close proximity. Cavus and kavar belong to an older stratum of their respective languages that predates any contact between the two peoples.

At first glance, l’hastir, to hide, and “mystery” have no more in common than do kavar and cavare. The root of l’hastir is s-t-r, spelled with the Hebrew letters samakh-tet-resh, as in seter, meaning “secret.” English “mystery,” on the other hand, comes, via Latin, from Greek mysterion — a secret religious ceremony attended only by initiates. Mysterion, in turn, derives from mystes, the officiating priest at such a ceremony, and is related to the verb mnein, to seal one’s eyes or lips — that is, not to reveal the contents of the mysterion to others. Although today a mystery can be anything from an Agatha Christie novel to the whereabouts of one’s missing car keys, the older, religious sense of the word still exists in our “mystical” and “mysticism.”

But there’s an interesting twist to this. In Hebrew, one way of forming a noun from a verbal root is to prefix a mem or “m” to it; hence, from s-t-r we get mistor, a secret hiding place or place of refuge, as when Isaiah speaks of “a place of refuge [mistor] from storm and from rain.” And although the plural of mistor is mistorim, in the rabbinic Hebrew of the early centuries of the Common Era, the –im ending generally changed to –in, giving us mistorin. From here it was but a hop, skip and jump to connect Hebrew mistorin, “secret places,” with Greek mysterion in the sense of a religious secret.

In early rabbinic literature, this connection is not a complete one: Greek mysterion appears in such literature in the semi-Hebraized form of misterin or mistorin, spelled with a tet, not with a taf, which clearly demonstrates the rabbis’ realization that the word did not derive from the Hebrew root samakh-taf-resh. Thus, for example, in the 4th- or 5th-century C.E. midrashic compilation of B’Rayshit Rabba, we read that the angels sent to destroy Sodom were punished by God for having revealed his mistorin or divine secrets — mem-yod-samakh-tet-vav-resh-yod-nun — by announcing in advance what they were going to do. The Greek origin of the word is still recognizable here.

Yet in later rabbinic literature this ceases to be the case, and we find mistorin spelled with a taf as if it were a pure Hebrew word. One reason this happened was that when Greek was replaced by Arabic as the language of the eastern Mediterranean world, Jews no longer recognized Greek words for what they were. The 15th-century Spanish kabbalist Avraham ben Ya’akov Saba, for instance, in his commentary on the Pentateuch Tsror ha-Mor, speaks of the mistorin g’dolim, the “great mysteries,” surrounding the coming of the Messiah, spelling the word as if its root were samakh-taf-resh. And in still later Hebrew, mistorin, spelled with a taf again, became a word for just plain “mystery,” while torat ha-mistorin, “the teaching of mistorin,” entered the language as a term for “mysticism.”

In short, in the course of time, the Hebrew language did exactly the same thing that Mr. Elkon has done by wrongly assuming that the word for “mystery” came from seter, with its accompanying verb of l’hastir. Such “folk etymologies” are a typical linguistic process whereby foreign words are domesticated by being given imaginary native origins. Thus, medieval English borrowed the old French architectural term pentice, “appendage” — that is, a room or unit attached to a building — and turned it into “penthouse,” as if it were an old English word built from “house.” Mr. Elkon has done something similar. He has been, like many of you, his own folk etymologist.