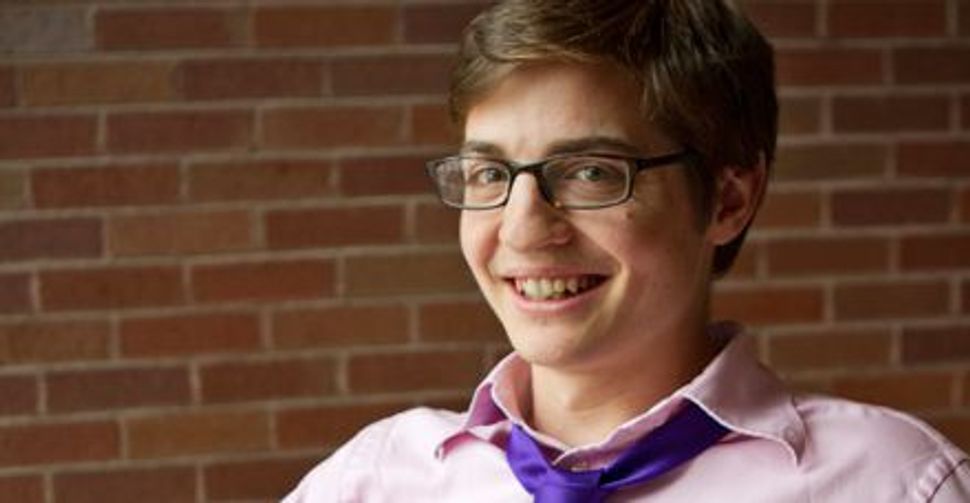 By just about any measure, Simon Rich, 28, has had an enviable career. Son of famed New York Times columnist and theater critic Frank Rich, stepson of author Alex Witchel, younger brother of novelist Nathaniel Rich, he attended New York’s prestigious Dalton School, then went on to Harvard, where he edited the famed Harvard Lampoon and signed a two-book deal with Random House while still a junior. When he was 22, his first collection of short stories was nominated for the (James) Thurber Prize for American Humor. He was the youngest writer ever to be hired to work on “Saturday Night Live,” and his first novel, “Elliot Allagash,” was optioned by Jason Schwartzman. For the past year, Rich has been working yet another dream job: writing for Pixar studios, in Emeryville, Calif. 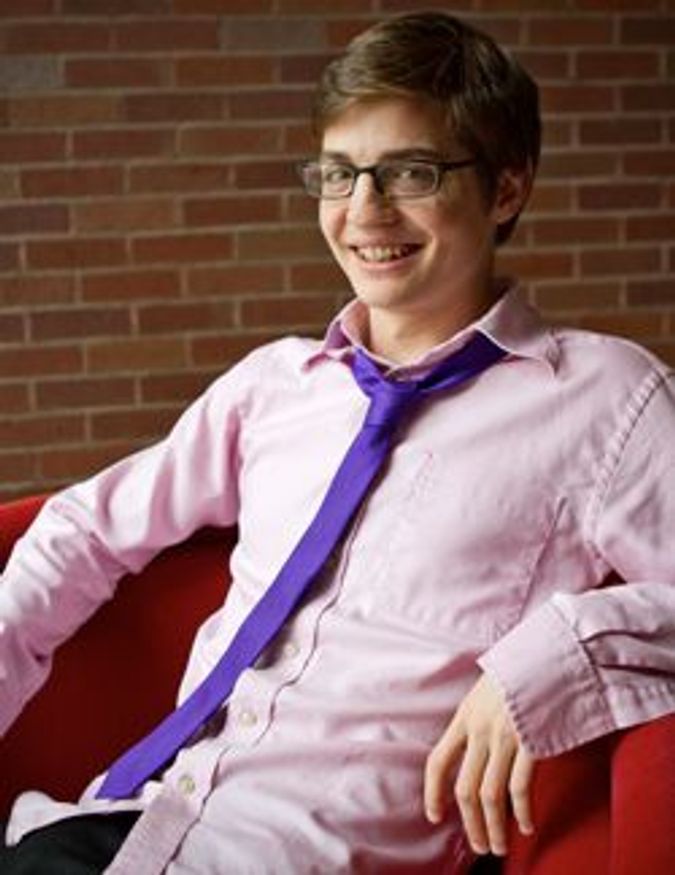 Fortunate Son: Simon Rich has a new novel and a new gig with Pixar. Image by Melissa Fuller

In person, Rich is actually as charming as his life appears charmed — he is a pale, nerdy young man with wide eyes and a slight overbite that makes him look like a character from his beloved cartoon show “The Simpsons.” He’s also the first person to admit that God doesn’t play fair; in fact, that is the theme of his second novel, “What in God’s Name,” a brief, witty romp about two angels trying desperately to convince their boss not to destroy the human race.

I met with Rich in the sunlit Grato Café and Bistro, just a block from the Pixar campus. He ordered a bacon, lettuce and tomato sandwich, but first asked whether The Forward’s readers would mind.

Sheerly Avni: In “What in God’s Name,” you imagine heaven as a sprawling corporation, and God as a capricious CEO who plans to shut down the humanity division to focus on starting an Asian-fusion restaurant chain. What inspired this decidedly “un-Jewish” vision of the afterlife?

Rich: Oh, I think it’s totally Jewish! In fact it dates back to when I was studying for my bar mitzvah. At the time, I was also reading a lot of “Dilbert” comics, and the two got kind of fused in my brain. I started picturing God as the pointy-haired boss from “Dilbert,” someone irrational, needy, shortsighted and vain and impossibly powerful all at once.

You’re not religious, though.

We were Reform Jews, but I really enjoyed studying the Torah. I became obsessed with it. You know, for all those years you memorize these gibberish chants, you say them, and then one day, in seventh grade, they actually hand you a book and you actually read it, and it’s completely insane, and it’s full of violence and incest and 99-year-olds cutting off parts of their penises.

But of course by the time you read the Torah, you were already steeped in comedy.

I was definitely reading the Torah through a comedic mindset, especially through “The Simpsons” and Looney Tunes. So I already had a taste for these kinds of characters. Just think of Elmer Fudd: this incompetent, possibly mentally challenged person, with a host of physical and mental disabilities, walking around with a loaded gun, pointing it around and firing it. Or Homer Simpson, the last person in the world who should be in charge of safety at a nuclear power plant.

Through that lens, it would be easy to see the Old Testament stories as yet another terrifying cartoon.

And in the Old Testament, mankind is wiped out or comes close to getting wiped out a number of times. When you read the Torah — especially when you’re 12 — it definitely leaves you with a sense of fear. I think in almost all my writing, I’m telling the same story over and over again. I do see it as a Jewish story: We’re small, God is big.

Speaking of big and small, your father was one of the most feared critics in America. He was called the Butcher of Broadway. Is it a challenge to be an artist when the big authority figure in your life is a critic?

Yes, but there’s a bright side: He’ll never be able to review one of my books, because of conflict of interest.

Ah, but our fathers are always reviewing us. Were you trying to impress him?

Who were some of the writers who influenced you?

Neil Simon plays, Mad magazine, Dave Barry, David Sedaris. Philip Roth and Douglas Adams and Terry Southern. Joseph Heller and things like that, but by far the biggest influence was Roald Dahl, the first writer I fell in love with. I studied a lot of Dickens in college, too. I think that Dickens is very funny at times, and I’m sure that if I had been born in the 19th century, I’d have been an obsessive Dickens fan.

Definitions of humor change over time. Today we’d say much of Shakespeare’s humor is too broad.

Oh, Shakespeare is the least funny writer in history. Terrible, terrible, terrible. It’s all the cheapest, dumbest sex puns imaginable, and even his comedic plots are rip-offs of Greco-Roman plays.

So he’s not “The Simpsons”?

He doesn’t even rival “Three’s Company”! If you tried to pull the comedy moves that he uses now, there’s no way that you would get a single laugh. Nothing made me angrier growing up than seeing a Shakespeare play and hearing people laugh at the jokes.

Do you think that television simply provides a better mechanism for humor than other media?

I don’t think any medium is intrinsically funnier than any other medium. I just happen to think that the greatest comedy in Western History came from “The Simpsons.”

Well, that show is 23 years old now, so you were watching it basically your whole life. Is that your biggest influence as a writer?

Enormously. It’s probably an even bigger influence on me than my Judaism.

Would you ever want to write for the show?

I always thought that would be my ultimate goal, but now I’m not sure. I mean, it’s an impossible question, because I’ve never been asked, but I hold the show in such reverence that I think I would be too embarrassed. It would be too daunting and terrifying. Like being asked to collaborate with Shakespeare — I mean, if you were a Shakespeare fan.