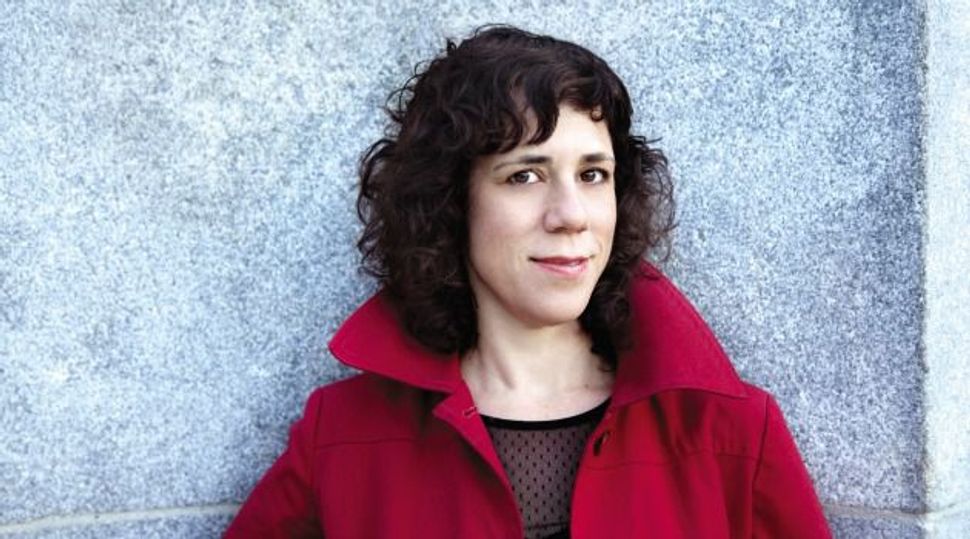 Deli Magic: Jami Attenberg asked her father about the magic of the delicatessen, and wound up finding out some things about his past, and her?s. Image by Michael Sharkey

My new novel, “The Middlesteins,” follows the lives of the titular suburban Chicago Jewish family, whose matriarch is obsessed with food, a thing with which I am also very much interested in myself. Your relationship with food is often informed by a parent’s relationship with it, so I decided to go to one of the sources, my father, Steve Attenberg, retired sales executive and appreciator of food (even if he eats a lot of salad these days). On a sunny fall day in Brooklyn I called him in our family home in Buffalo Grove, Ill., where he and my mother still live. We had a chat about the magic of the delicatessen, and I ended up finding out a little bit of his past — and my own — in the process.

Jami ATTENBERG: Hello. How is the dog?

Steve ATTENBERG: How is the dog? (Laughs.) She got up at 6:17 this morning and went through her usual routine, which is to get over to the bed and start breathing really heavy, like, hah-hah-hah. Which means, “I’ve gotta go out.”

So I let her out downstairs, where she proceeded to do her thing, and then she came back to the bedroom, jumped up on the bed, on top of your mother’s legs, and went to sleep.

She’s a cutie. And very smart.

So, originally you grew up in Boston.

I grew up in — not in Boston proper. (The dog barks in the background.) Hang on one second. Charli, what’s up? No bark. (Gets back on phone.) Anyhow, I grew up in Chelsea — you know where Chelsea is?

Okay, well, we grew up on a side of a hill in Chelsea. I lived at 113 Willow Street. That’s just a number that’s in my brain forever. In that house were my grandparents, and my mother and father, and we all lived together in one house, and I think it was a three-story with a flat roof. My father owned a furniture store in Randolph, Mass., called the Wayside Furniture store. And he used to bring home living rooms — about every couple of weeks we’d have a new living room, because he would then sell the furniture out of our house.

Did people come over and look at the furniture in the house?

(Laughs.) Yeah, they did. Exactly.

So, this interview is about food?

Well, I’ll tell you what I know. My introduction to deli — and, by the way, I have probably not had a corned beef sandwich in probably 10 years. First of all, your mother doesn’t eat any meat, and second of all, that’s not something I do anymore. But in Chelsea, I was going to Hebrew school — it was a one-room Hebrew school with a teacher who, if you made the wrong move, she took a ruler and slammed you with it. We would all gather at about four o’clock to attend Hebrew school in this one classroom. Of course, we were all hungry at that point, because we had just gotten out of grade school, right? So we would go to the local neighborhood deli, and at that deli they sold the ends of salamis. It was called “A nickel a schticle” — you bought the ends of the salamis for a nickel. And that was called the schticle.

How do you spell “schticle”?

So a nickel a schticle, that became our afternoon snack. And the other thing was, while we were in there [the deli], they had the greatest French fries in the world. Everybody would buy French fries and bring them back to Hebrew school. Now in Hebrew school, the desks were the ones where the tops lifted up? So, they’d stick their French fries in there, with the idea that they were going to hide it from the teacher. Of course, when you walked into the room, the aroma was overwhelming. And then we all kind of snuck the French fries into our mouths.

So then you moved to Highland Park , Ill,, when you were 14.

Why did you move there?

Because my father, your grandfather, worked for the people who owned Macy’s and Gimbel’s. He worked for them in Boston, and they said, “Would you like to move to Chicago?” So we moved to Chicago. We got on the wagon train and went.

And was there a Jewish community waiting for you in Highland Park?

Do you remember what you were eating in those days?

I remember my mother cooked a lot. We ate a lot at home. I remember on Sunday afternoons my father liked to listen to classical music on the stereo. And my mother would be cooking a steak. And all you’d hear was George Gershwin coming through the house. That’s probably where I developed my love of music, knowing there was going to be a good dinner on Sunday night.

Did you eat deli when you were growing up?

There was a deli in Highland Park called Leo’s. Actually, Highland Park had two delis at that time, but Leo’s was the one we went to. You know, I’ll tell you when deli became important. Deli became important at a lifecycle event. For instance, somebody died, and there was a shiva house, and what did you do? You ordered deli trays. If there was a bar mitzvah or a bat mitzvah or someone came to visit, what did we do? We ordered a deli tray. So you can always tie a deli tray into some sort of lifecycle event. And, pretty much, that’s when I had corned beef and bagels and lox and stuff like that. Well, bagels and lox were hard to get once we moved to Buffalo Grove. We had to drive to Skokie.

Yep, exactly. You had to drive to Skokie. And it really wasn’t a deli we were dealing with. We were dealing with bagel stores that added in deli products. It wasn’t like a New York-style deli. I remember one of those delis, I think it was Kaufman’s, opened up a deli in Northbrook, so now we had a deli that was ten miles closer to us.

And now you don’t eat that much deli anymore, because of your health.

It’s interesting, because the other night we were at Susan and Eric’s house to break the fast, and it was the first bagels and lox that I’ve seen in such a long time. Literally, someone has to die, have a wedding, whatever, for me to see it. First of all, the only place in town that really carries deli products is the bagel place, New York Bagel & Bialy. And it does a pretty good job — it even has a little sit-down area as an afterthought. But it’s still not the good old-fashioned deli that you’re used to seeing.

Hey, do you remember when we went on our camping trips, we would always have a salami in the front of the vehicle hanging there. Do you remember that?

No, I don’t remember that. That’s funny though.

We always had a salami. You could always get yourself a good kosher salami. First of all, you didn’t have to refrigerate it. You just hung it. Well, it never lasted very long. We always had roadside sandwiches with it. That’s another kind of deli, no question.

I made you really hungry? (Laughs.)

I think I might have to have a bagel for lunch.

I will probably have a salad for lunch, so there you go.