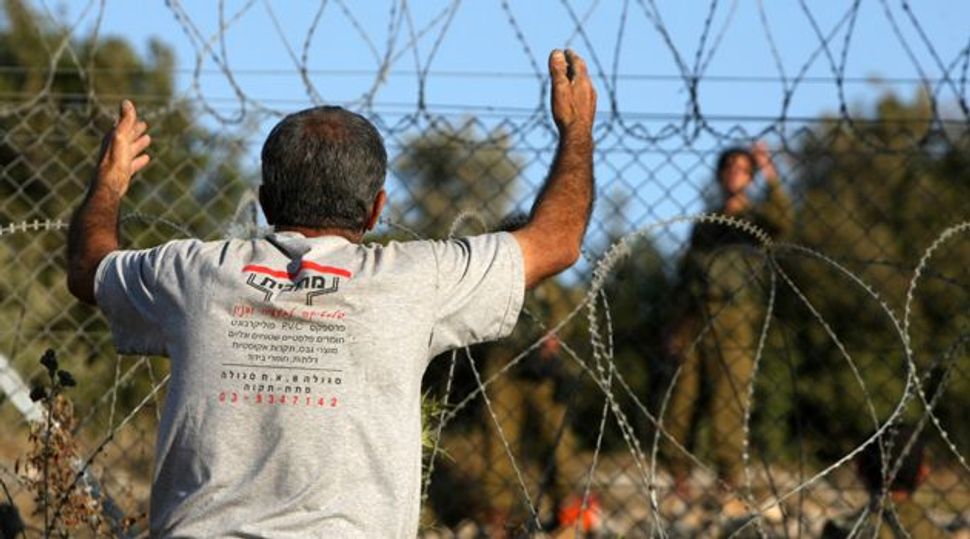 Separate But Not Equal: Comparisons drawn between Israeli and apartheid policies are facile and misleading. Image by Getty Images

“Most Israelis support an apartheid regime [mishtar apartheid] in Israel,” announced the lead headline in the October 23 issue of the left-liberal Hebrew daily Haaretz, Israel’s most internationally prestigious newspaper. “Survey: Most Israeli Jews advocate discrimination against Arab citizens,” was the translation of this headline in the same day’s English edition of the paper.

Any way you look at it, it’s shocking — though, as we shall see in a minute, not quite true. Nevertheless, “apartheid” and “discrimination” are two very different things. “Apartheid,” a word first used in its now accepted sense in Afrikaans in 1929, means the systematic segregation of one people, race or group from another, such as existed in South Africa until 1990 and in the American South, where it was commonly known as “Jim Crow,” until the early 1960s.“Discrimination” means the systematic favoring of one people, race or group over another, such as exists in numerous countries around the world today. Did the English Haaretz simply mistranslate the Hebrew Haaretz’s headline — or did it justifiably correct it?

Let’s look at the Haaretz survey. Here are some of its findings:

Other questions in the survey had to do with attitudes toward Palestinians in the occupied territories, but the answers to these are more subject to different interpretations. What are the conclusions that can be drawn from those given here? Here are a few:

1) A majority of Israeli Jews is in favor of anti-Arab discrimination in some areas, such as government hiring. A majority is against it in other places, such as the ballot box.

3) A majority of Israeli Jews is therefore against apartheid, not for it as claimed by the Hebrew Haaretz.

4) Most Hebrew-speaking Israelis do not understand the difference between the words “apartheid” and “discrimination” and treat the former as if it means what the latter does. This is why 58% of them said they think at least “some” apartheid exists in Israel, even though their answers to other questions indicate that they were actually thinking of nonsegregationist discrimination.

None of this is trivial. The amount of discrimination against Arabs that exists in Israel is great, and deeply disturbing. Though it may have understandable causes, it and the prejudice behind it are reprehensible. Without a concerted national effort to combat them, the situation is unlikely to improve. Nothing could bode worse for Israel’s future.

And yet at a time in which Israel has been pilloried all over the world as an “apartheid state,” it cannot be reiterated too strongly that this is a lie. Israel does not practice apartheid, nor do most of its Jewish citizens want it to. Israeli Arabs and Jews mingle freely in the country’s streets, shops, factories, offices, universities, hospitals, public transportation system, public facilities, beaches, parks, restaurants, theaters and stadiums without the least attempt to keep them apart, and this is how a majority of Israelis prefers it to be, even if many fear or dislike Arabs personally. Israel is not pre-1990 South Africa. It is not Georgia or Alabama in the 1950s. Nor, as much as one may fear for it, is it about to become so.

Haaretz should have known better than to play into the hands of Israel bashers in such a fashion. It is its right as a newspaper to be as critical as it wishes of the Israeli government and public, and it deserves praise for conducting and publishing surveys like this one, even if (as in most surveys) the questions asked were overly simplistic. For sensationalistically claiming that the results showed majority “support for an apartheid regime,” however, Haaretz deserves the strongest censure. And censured it was by the editors of its English edition, who fortunately changed “apartheid” to “discrimination,” even if they, too, printed an inaccurate headline.