In Praise of New Age Judaism 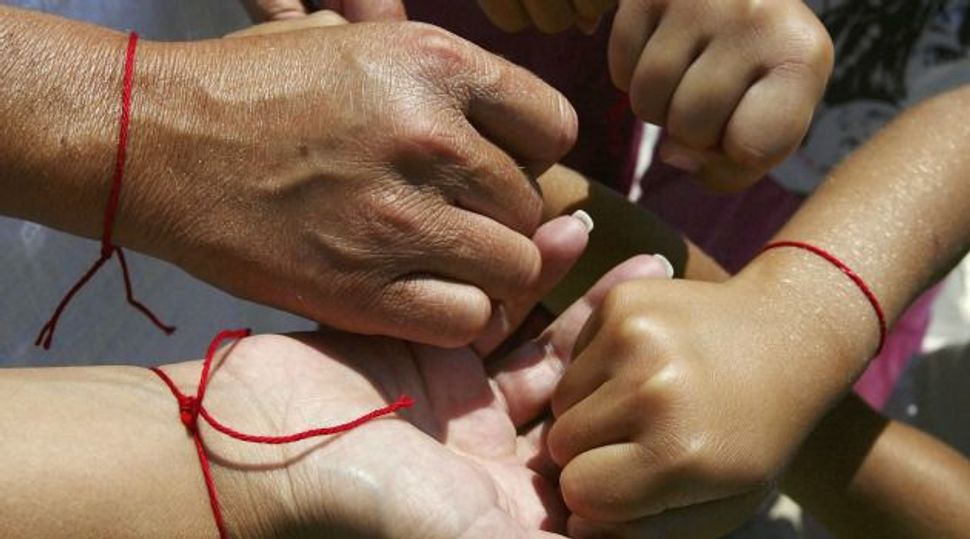 New Age Judaism gets a bad rap. It’s namby-pamby, critics say — indulgent, narcissistic. Maybe it’s not even Jewish. Never mind the fact that the Havurah movement, Jewish Renewal and Neo-Hasidism have significantly shaped mainstream Jewish prayer life (chances are, your mainline synagogue’s Friday night tunes were first sung by a hippie in Birkenstocks) as well as much of contemporary Jewish social justice activism (with apologies to this publication’s venerable heritage, angry Jewish socialism is not what inspires today’s young activists; engaged spirituality and social justice is). Jewish spiritual innovators are told, even by our allies, that we’re “off the derech.”

I’ve responded to these criticisms before, and while they keep coming, I’m not going to do so again here — at least not in the usual, moderate, liberal way. I’m not going to argue that meditation makes us better people; I’ve already done that in these pages for years.

I’m also not going to cite studies pointing out that old-school Judaism is being abandoned in droves anyway, or that this is part of wider trends in the transformation of American religion. Rather, I want to make a more radical argument: that precisely the weirdest, fringiest elements of New Age Judaism are, consciously or not, productively re-enacting and reimagining very old tendencies within Jewish civilization.

Let’s begin with, for lack of a better term, magic. Biblical Judaism — at least, the version of it recorded in biblical texts — is obsessed with purity and impurity, life and death, and with drawing obsessive-compulsive distinctions between them. This is the “cultic Judaism” that has been relegated to superstition by selective readings of prophetic discourse, by rationalist philosophy and Reform Judaism, and, not least, by Christianity. Jews may still read texts about sprinkling blood upward once and downward six times, but we skip over these parts, embarrassed by their very existence.

But the nonrational never disappeared from Jewish life; it just went underground. The Talmud is replete with tales of demons, spirits and all manner of supernatural events; we may think of the talmudic rabbis as lawyerly sages, but in many texts they appear as mages and wizards. And of course, magic and folklore surge throughout the Kabbalah, from Madonna’s red strings to the segulot (amulets and talismans) that you can buy at any tzaddik’s grave in Israel.

Once again, these beliefs and practices are ridiculed by right-minded people, often with a patina of sexism (“women’s religion” “old wives’ tales”) or racism (those crazy Sephardim, or Moroccans, or Ostjuden). Surely, however, these deeply nonrational aspects of Judaism, like those of all other religions, speak to deep needs within the human consciousness. These tendencies of the human mind have not receded as our scientific understanding of the world has increased; they have merely morphed.

For example, in New Age and similar circles today, one often hears talk of “energy,” fuzzily defined in any number of ways. From simple notions of good and bad vibes to outlandish beliefs that one’s thoughts create reality, within New Age circles there is an emphasis on the unknown but powerful forces that seem to act in our lives. How different is this from cultic notions of purity, or rabbinic conceptions of angels and demons? I submit that it is different in form but not in essence. Every spiritual tradition of which I am aware has some conception of mana, energy, chi or spirit, both in a general, unitive sense and in more complicated, multiplicitous forms (angels, demons, whatever). And every tradition teaches that these powers can affect us for good or for ill.

Rather than write off these beliefs as hokum, perhaps it would be worth exploring whether they have any corollary in lived experience. “Seems” may be a more productive entry point than “is.” The same recognition of the diversity of world folklores that causes me to inquire into their value also causes me not to attach to any one system too closely. These are all guesstimates, attempts to account for the unknowable. Are the chakras really “energy centers” in the somatic system? Are there really “angels” or motes of energy haunting the blast of the shofar? I don’t know. I doubt it; I’m a Westerner, a believer in the scientific method, aware of verification bias and Occam’s slippery razor.

But is there some value to these weird beliefs? On that question, I am at least agnostic. Yet at the very least, those who pretend to speak for “Judaism,” whether secular or religious, must at least acknowledge that New Age magic and folklore are closer to biblical religion, whose concerns about “purity” prefigure contemporary notions of good and bad “energy,” than is the secularism, rationalism or fundamentalism that inhabits most Jewish communities today.’

A second, and related, way in which New Age Judaism closely echoes biblical religion is in its return to the body, to the earth and to sexuality. Here, there is no question that biblical texts record ancient controversies among Israelites, and between Israel and the other peoples who inhabited the lands of Canaan. On the one hand, the dominant biblical tradition is clearly suspicious of earth-based rituals, particularly when they are connected to goddesses, altars and ecstatic ritual practices. Aaron’s sons die, the righteous kings cut down Asherah’s groves and the golden calf is the great sin of Israel.

On the other hand, that’s only one voice — and traces of contrary motions remain within biblical religion. Today, as contemporary Jews struggle with the problematic rituals of circumcision or the arcane rules of kashrut, it’s worth recalling how embodied and earthy these ancient practices of Judaism are. And while a secularist may smirk at the Jewish yoga class taking place in the social hall, the integration of body and spiritual practice echoes this ancient orientation.

Likewise the recent surge in Jewish environmentalism, Jewish farming and Jewish wilderness programs. Sukkahfest at the Isabella Freedman Jewish Retreat Center, in Connecticut, is more deeply connected to the agricultural roots of this harvest festival than it is to the rabbinic attempts to paint over it with myth and nationalism. Wilderness Torah’s Passover in the Desert emphasizes the experiential and earth-centered aspects of Chag Ha’aviv (holiday of spring) more than the pilpul, the sharp analysis, of the Seder liturgy or the literary qualities of the Haggadah. And that’s just in America; in Israel, the move to return Judaism to the land has existed as long as Zionism has.

Obviously, these forms of reclaiming are, in Jewish Renewal movement co-founder Rabbi Zalman Schachter-Shalomi’s useful dichotomy, movements of renewal rather than of restoration. No one is arguing for a return to some preindustrial Eden, with its lack of modern medicine or technology. (Of course, some do argue that medicine and technology have spun out of control, and need to be balanced with different forms of healing, communication and healthy living.) Certainly no one is claiming — as some hysterical right-wing commentators have recently proposed —that it’s “anything goes” when it comes to one’s Jewish practice. Conservatives have been whining that whine for millennia, but it doesn’t make it so.

Rather, what is proposed here is that a core aspect of spiritual practice, in a religious context or not, is the nonrational and mysterious, the part that gets you in your kishkes — literally, according to some. Educated Jews tend to scorn wacky evangelicals possessed by the Spirit, but more and more of those same Jews are flocking to yoga classes and aligning the energy in their chakras. Indeed, the contrary movements may be complementary. The more we attempt to tamp down the nonrational parts of ourselves and our society, the more they squirm out and express themselves in unexpected ways. What would it be like, I wonder, to incorporate the primal within our Jewish ritual lives, like the cherubim locked in ecstatic embrace at the center of the Holy of Holies?

In Praise of New Age Judaism