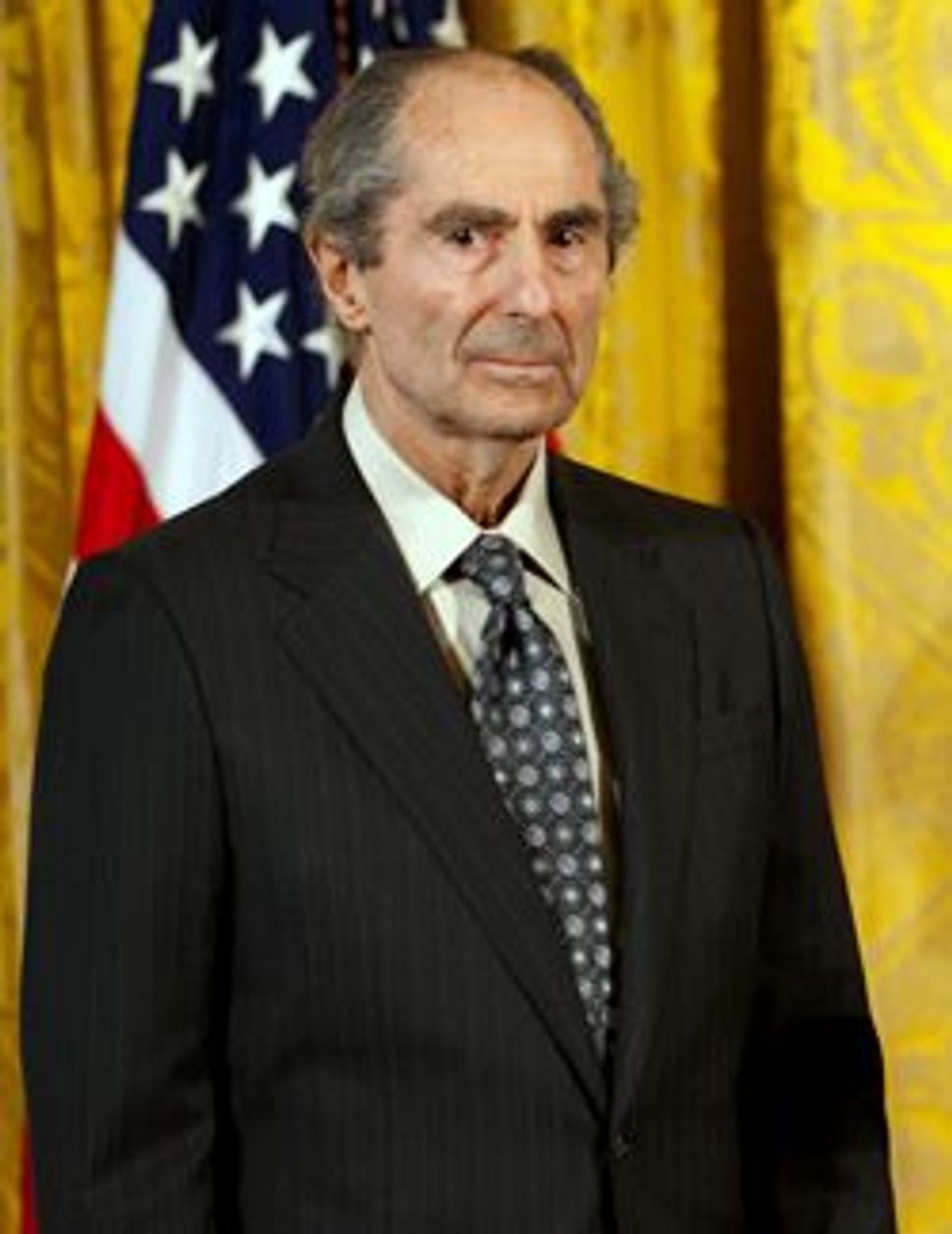 Philip Roth stands during a ceremony at the White House in 2011, where he recieved the National Humanities Medal. Image by GETTY IMAGES

There’s no consensus about when writers should put down their pens. Some, like J.D. Salinger or E.M. Forster, stop very early. Others, like Philip Roth until his recent announcement, keep publishing brilliant work well into their later years. There’s no conventional wisdom here, no right answer. Yet when such a decision is reached, IT’s time to pause and reflect — not least because a career has ended not by death or incapacity, but by the choice of the writer himself. 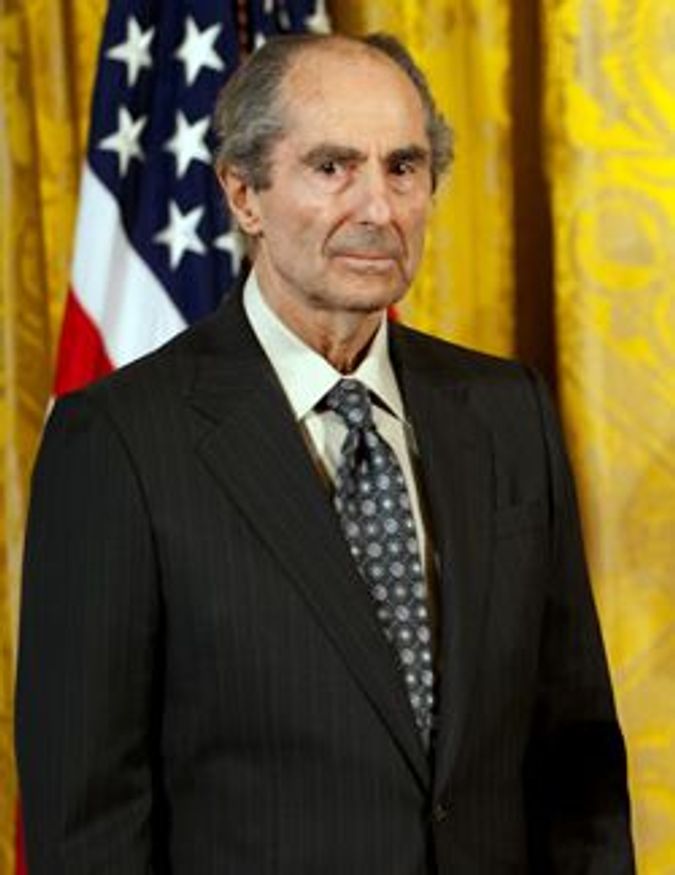 Philip Roth stands during a ceremony at the White House in 2011, where he recieved the National Humanities Medal. Image by GETTY IMAGES

Certainly, 25 novels in 50 years is a remarkable achievement, all the more since several of them are masterpieces of contemporary literature, and many more are merely outstanding. Roth not only revealed, and perhaps created, particular aspects of the American Jewish condition; he also invented characters and stories that managed to say something meaningful about universal themes in a way that few other novelists have. Most universals, after all, are, by definition, vague. But Roth’s grand themes were always embodied in the wrenchingly real.

Yet I — like, I suspect, many writers — most appreciate Roth’s sentences. His prose style is not flashy, and even in those novels driven by literary device, Roth’s sentences, word by word, are always so carefully crafted, stitched together like one of the gloves in Seymour ‘The Swede’ Levov’s factory (in “American Pastoral”). Even when his narrators go berserk, whether in Portnoy’s sexual rants or Zuckerman’s dark musings on death, there is a stability beneath the voice that inheres the quality of the sentences themselves.

There was a great essay written a few years ago about the music of Radiohead, in particular the early hit “Creep.” The song is ironic: The lyrics tell us that the narrator is a loser, but the music (and Thom Yorke’s soaring voice) tells us he is beautiful. I often feel the same about Roth’s characters. They may be teetering on the brink of death — particularly in his later short novels — but their suffering is rendered so artfully, in those clear sentences and impeccable prose style, as to be redeemed.

This literary quality, even more than the great themes in Roth’s work, will merit continued reading in the decades to come. Indeed, some of those themes are already a bit dated. Roth’s many tales of the lost Newark (“Pastoral” included) are already a generation behind the sputtering resurgence of the city under Mayor Cory Booker. His attacks on political correctness (for example, in “The Human Stain”) likewise feel a bit shopworn today. His frequent macho misogyny — well, perhaps future generations will charitably ascribe it to the times.

And, of course, Roth’s Jewishness is a 20th-century Jewishness that no longer exists. True, it is strikingly the case that the Jewish community of Portnoy’s day still seems to thrive in our own. Yet it is no longer hegemonic, no longer dictating the terms of American Judaism as it once seemed to do. Quite the contrary, aware of their diminishing influence, our mainstream institutional “Defenders of the Faith” are anxiously trying to figure out how to get some of it back, spending millions of dollars in the process.

These efforts have not amounted to much. Roth has won; American Jews today are more the heirs of Portnoy than of his uptight community. Indeed, so complete is the victory that younger Jews can now ironize as kitsch what were once pillars of Jewish culture, which Roth sought to pull down. Gefilte fish is heebster-hip; repressed Jewish horniness is funny. From the other side of the sexual revolution, Portnoy’s obsessions seem in part prophetic, in part merely quaint. We can laugh today because we are no longer compelled to cry.

Thus one regards many of the themes of early Roth — primarily “Portnoy” and “Goodbye Columbus,” but also the vanished Jewish intellectual world of the first Zuckerman trilogy — with a fond, false nostalgia. Ah, it once was thus: uptight, insecure young Jewish men railing against conformity, writing serious books, arguing in cafes, and unaware that their white, male cloister would soon be overrun by, well, everyone else. So much did these men style themselves as outsiders that they could not see what insiders they were. And indeed, as Roth railed against the barbarians inside the gate in later novels, he took his place within a moment of history. He became of a period, a time and a place.

Roth himself said as much, in the French interview that has since been translated and circulated widely. “I am 78 years old,” he said. “I don’t know anything anymore about America today. I see it on TV, but I am not living it anymore.” There’s a sadness and a bitterness here, of course. What else would one expect from Philip Roth, after all? Yet beneath that melancholy, I think there is a more appreciative undercurrent. If it is true that Roth is no longer part of the great debates of our time, it is because he has won those of his own.

Jay Michaelson is the author of “God vs. Gay? The Religious Case for Equality.” He is a contributing editor of the Forward.