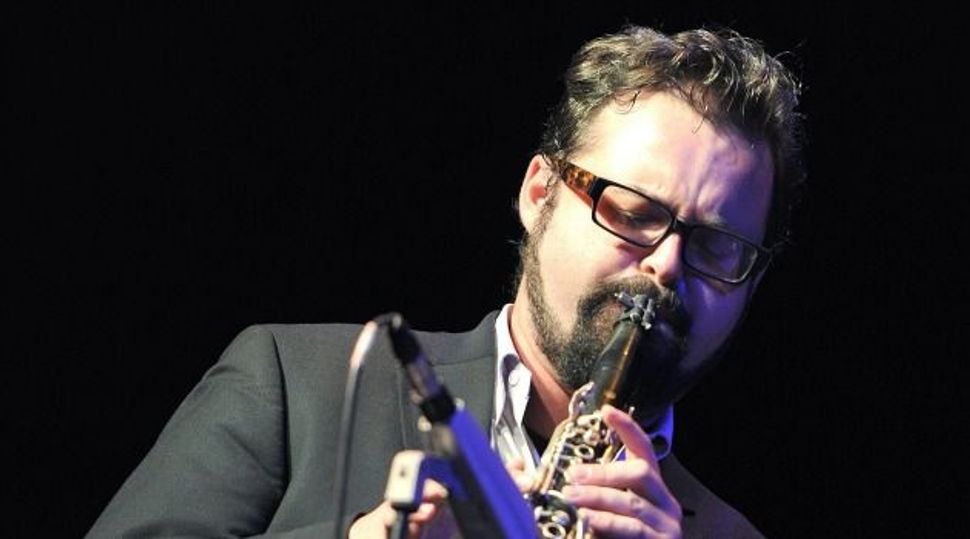 As decades roll, it is becoming increasingly clear that the klezmer revival of the late 1970s was neither a fleeting fad nor a bout of nostalgia; it was a serious identity exploration. The longevity and evolution of certain early groups — The Klezmatics, the Klezmer Conservatory Band — is telling enough. Yet, the most important sign of the revival’s success and impact is the extensive creative output of the younger klezmer musicians. Thirty-year-old clarinetist and composer Michael Winograd is part of this younger generation. Thoroughly at home with traditional klezmer repertoire, he is able to powerfully summon the wild tragicomic essence of this music in his original compositions. His newest album, “Storm Game,” is a complex and not easily classifiable record that not only showcases Winograd’s impressive chops, but also grapples with fundamental questions about the very nature of contemporary American klezmer.

The sequence of the track titles — “Passages,” “Prospect,” “Interruption,” “Murder,” “Storm” and “Who” — implies the presence of a certain ominous narrative running through the album. The initial build-up climaxes with a tragedy (“Murder”), followed by the investigative aftermath, if not a resolution. However, since this is a largely instrumental album, the meaning behind its concept is less than explicit. Could this be a general comment on the mournful strain inherent to even more upbeat klezmer melodies? Or is it a broader comment on the traumatic history of Eastern European Jewry — which klezmer music has surely imbibed?

At the same time, the sequence of track titles on the album is reminiscent of the way postmodern novelists such as Paul Auster and Italo Calvino used the framework of murder mysteries and detective stories to delve into the world of meta-mystery — that of the artwork’s own emergence and the creative act’s ways. Perhaps something of the same sort is happening here, with the enigma of the album being the enigma of klezmer itself.

Only a handful of musicians involved in the klezmer revival in America were part of the continuous chain of klezmorim: most came to this music with formal education of the conservatory — and with variously assimilated personal backgrounds. And so, between klezmer as now we have it and its Eastern European origins there’s a break in the continuum, and an even more vast cultural void. What do we really know about the people whose music we’re hearing, about their languages and cultures, dangers and opportunities, all the vastly foreign factors bearing on the musicians’ very psyche? Could it be that it is the mystery of this void — the “murder” of something lost in transition — that Winograd is exploring in this album?

The album’s first track, “Introduction” opens with a scratchy cantorial recording of “V’chol Maaminim” (“And All Believe,” part of the High Holy Days liturgy), and while the carefully overlaid band’s accompaniment gradually joins in, the pleas of the cantor grow incessant until Winograd’s clarinet takes over the prayer’s melody line.

It is easy to overthink this music and get lost in its conceptual make-up. Yet, the melodies are quite accessible, and more than a few numbers are even danceable. Throughout the album, the feel of mystery is accentuated by a phantasmagoric strain of the music, owing in no small part to the way Benjy Fox-Rosen plays his bass — often bowing rather than plucking. Since percussion instruments are present on only three of the album’s tracks, and for the most part ornamentally, the melody and rhythm both seem to loosely and fantastically hover above ground.

Winograd’s talent as a composer and bandleader is further accentuated by his ability to give space and spotlight to the stellar musicians that comprise his group. The track “Accordion” showcases Patrick Farrell; Israeli pianist Anat Fort plays a number of unaccompanied solos; two of the tracks are centered on the singing of Judith Berkson — micro-vocalist and cantor — one of them being an eerily sparse and darkly cabaresque tune, “Specter,” that closes the record.