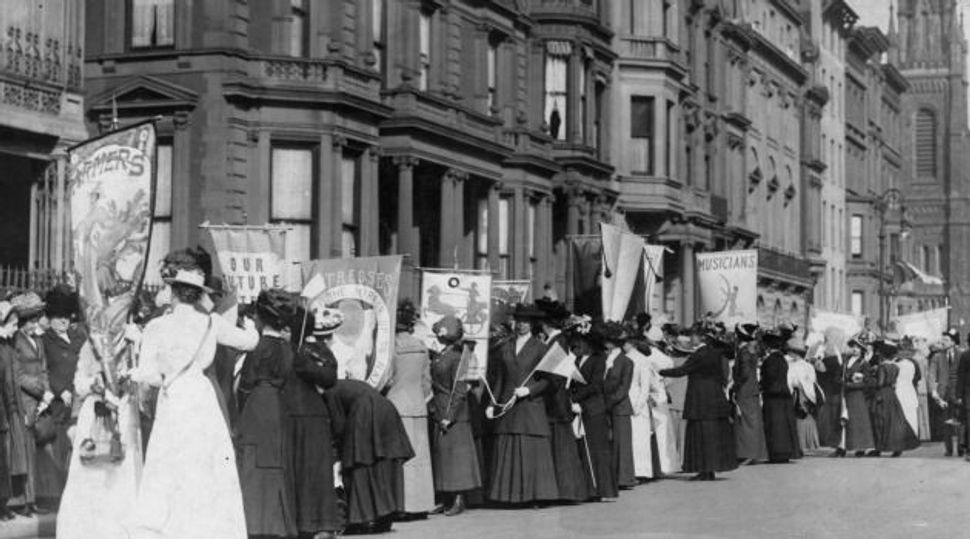 Detectives from the 5th Street Station were given a tip about an opium den on Second Avenue and 5th Street. Two undercover officers hid in the building’s hallway and, when a boy of about 17 or 18 knocked on a door, they ran to it and held it open. They found four teens lying unconscious on beds, while three others awaited their turn on the pipe. The detectives arrested seven people, among them Samuel Cohen, Harry Schiff, Max Troff and Louis Singer, all of whom live in the immediate neighborhood. The other arrestees had come from uptown. The housekeeper of the flat told police that the tenant was nowhere to be found.

Jaffa’s Arabs are protesting the decision of the Palestinian government to permit a new port in Tel Aviv that will serve as the entry point into the country for Jewish immigrants. They claim that the decision will make life difficult for Arab ship porters, who normally carry the goods off ships that dock in Jaffa. Local Arabs are also furious that Mandate High Commissioner Sir Arthur Grenfell Wauchope has agreed to participate in the ceremony on February 23, when the first Jewish ship, the Har-tsion, will dock in Tel Aviv. In addition, the first motorboats built entirely by Jews will begin serving the new port.

Jews in Moscow, for the first time in 15 years, had the opportunity to see professional Yiddish theater performed. Since the 1950s, the only Yiddish theater that was permitted to appear in the USSR came in the form of small, amateur productions. The troupe that is performing was organized by the 70 year-old Yiddish actor Binyomen Shvartzer, who has long been active on the professional Yiddish stage. Performing a version of Sholem Aleichem’s “Tevye the Dairyman,” the troupe was brought to the capital after traveling for two months in the Ukraine and in Central Asia. They do not have their own theater as of yet, but it is hoped that these performances will lead to such a development.