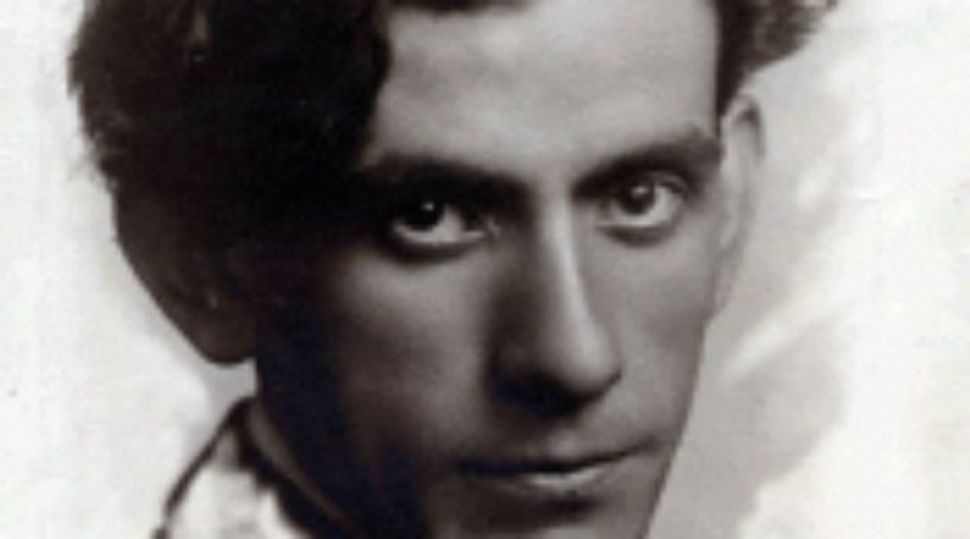 Near the end of “The Zelmenyaners,” a novel by Soviet Yiddish writer Moyshe Kulbak, one of the younger characters takes the stand to denounce her family. The proceedings are officially about her uncle Folye’s horsehide theft, but in reality the entire clan is on trial for its insular ways. “Their benightedness is so great that reality is transformed by them into a dream, while conversely, rumors and tall tales come to life in the yard as though they were real,” Tonke says in disgust. “If truth be told,” the narrator goes on, “there were workers who doubted whether, so near their factory, there could exist a yard whose residents lived as though in an enchanted castle.”

“The Zelmenyaners,” now translated into English by Hillel Halkin, was itself a subversive work. Although the novel takes place in a specific historical and political context — Minsk, in the late 1920s and early ’30s — its experimental structure and gossamer prose give it an otherworldly aura, keeping with the Zelmenyaners’ self-mythologizing impulse. After being serialized in the Soviet Yiddish journal Shtern, “The Zelmenyaners” (or just “Zelmenyaner” in Yiddish) was published as a book in two volumes, the first in 1931 and the second in 1935. Two years later, Kulbak was arrested on charges of spying for Poland and was executed on October 29, 1937, at the age of 41.

Like much Yiddish literature, “The Zelmenyaners” derives its humor and its pathos from characters’ hapless negotiation between old and new. (The translation flattens some of the comedy; though in other respects, Halkin succeeds at conveying Kulbak’s style and voice.) The older generation of Zelmenyaners watches in bewilderment as its children abandon religion and tradition, intermarry and espouse Communist doctrine. Parents and grandparents bicker over whether to call a baby Zalmen — after the Zelmenyaners’ patriarch, Reb Zelmele — or Marat, after French revolutionary Jean-Paul Marat. When Aunt Gita holds a Passover Seder, the rest of the yard isn’t sure what the strange ritual is. Later, Gita’s daughter Tonke holds a party at the very same table, complete with vodka and a whole roast suckling pig.

Kulbak’s sense of humor contributed to the book’s political problems. His jabs at Bolsheviks were hardly kosher, and his mockery of their maladjusted parents was suspect, as well. Zelmenyaners may be ridiculous, critic Shmuel Niger argued in his 1958 study, “Yiddish Writers in Soviet Russia,” but they are also harmless, which was no way to portray the bloodthirsty forces of the artisanal lower-middle class. Worse, according to Soviet critics, in “The Zelmenyaners,” family bonds trump political consciousness. It isn’t class that matters most, but blood.

Indeed, the power of family to be a self-enclosed, self-perpetuating unit emerges from Kulbak’s depiction of the Zelmenyaners as a tribe of their own, possessing unique physical and social traits. Zelmenyaners have dark complexions, low brows and fleshy noses, and are often compared to animals and other natural things. They are “solid as an oak tree,” “simple as a slice of bread” and “brainless as sheep.” They have a characteristic sound, like “a soft snuffle of content such as is heard only among horses munching oats in a stable,” and even their own smell: “a faint odor of musty hay, mixed with something else.” They are, in a sense, their own breed of people.

Just as the Zelmenyaners seem to exist in their own anthropological category, Kulbak’s literary technique elevates their world into its own aesthetic realm. While living in Vilna and Berlin in the 1920s, he had written several expressionist prose works distinguished by their mystical flair. “The Messiah of the House of Ephraim,” from 1924, depicts a group of messianic peasants living in a fantastical rural landscape. In one scene, Benye the miller rides his cow to the edge of the world, where he confronts the demon, Samael. In Kulbak’s 1926 novella, “Monday,” the main character espouses a spiritual identification with beggars and a philosophy of absolute passivity, despite the outbreak of the Russian Revolution.

While “The Zelmenyaners” marked a thematic departure from these books, taking domestic comedy as its tonic note, its methods were consistent with Kulbak’s earlier work. Unlike a traditional realist “Family Saga” (the subtitle of the current translation), “The Zelmenyaners” does not proceed in linear fashion. Instead, it is constructed from a patchwork of observations, descriptions and stories that create a more-or-less complete portrait. There are chapters that are one sentence long, and one that consists entirely of a telegram that reads, “The Bikhov Shoemakers Cooperative has fulfilled its first-quarter plan in its entirety.”

Repetition and variation also feature prominently in the novel, giving it a fluid, surreal quality that is enhanced by Kulbak’s hallucinatory prose. When electricity is installed in the yard, cables lie on the ground “like strips of bandage,“ and the electric light shines in “the sickly gold window panes like a patient breathing through an oxygen mask.” The passage of seasons is a major atmospheric element, and Kulbak depicts beautifully the feeling of a hot summer day, a chilly spring morning or a winter night with frost “as green as old glass.” One of the most impressive displays of Kulbak’s fertile imagery is his virtuoso description of workers constructing the urban rail network in Minsk:

The slanting sun glanced off the burnished mirrors of their strong backs. Two hundred tanned torsos, brown shoulders forming a dark mural, moved to the easy rhythm of the work. Their muscles rippled like living creatures in a wave that ran down the street as though in a strange brown sea.

Here, workers’ bodies are compared to mirrors, a mural and a wave of living creatures, nearly in the same breath. Everything seems connected to everything else, forging the Zelmenyaners’ world into a single mystical whole.

Like many Soviet Yiddishists, Kulbak made a conscious decision to live in the Soviet Union, and as a writer he benefited from state support, working in the Jewish section of the Belorussian Academy of Sciences. Like most of his peers, Kulbak also saw the Soviet Union turn on Yiddish culture, and he was among the first Yiddish writers to fall victim to Stalin’s paranoia and anti-Semitism.

Yet, as Sasha Senderovich points out in his introduction to the current translation, “The Zelmenyaners” enjoyed a curious afterlife in the Soviet Union. Kulbak was posthumously rehabilitated in the 1950s, and the novel was republished in Russian translation in 1960, though by that time the political implications of the book had surely changed. Now, in English, they are hardly recognizable without the explanatory introduction and notes. Yet Kulbak’s work is a masterpiece for reasons that have little to do with its context. His characters are funny and pathetic, his prose delicate and inventive. His novel ushers the reader not into Soviet Belorussia, but into a world entirely its own. Like a Zelmenyaner itself, it turns reality into dream.