War on Yiddish in Israel 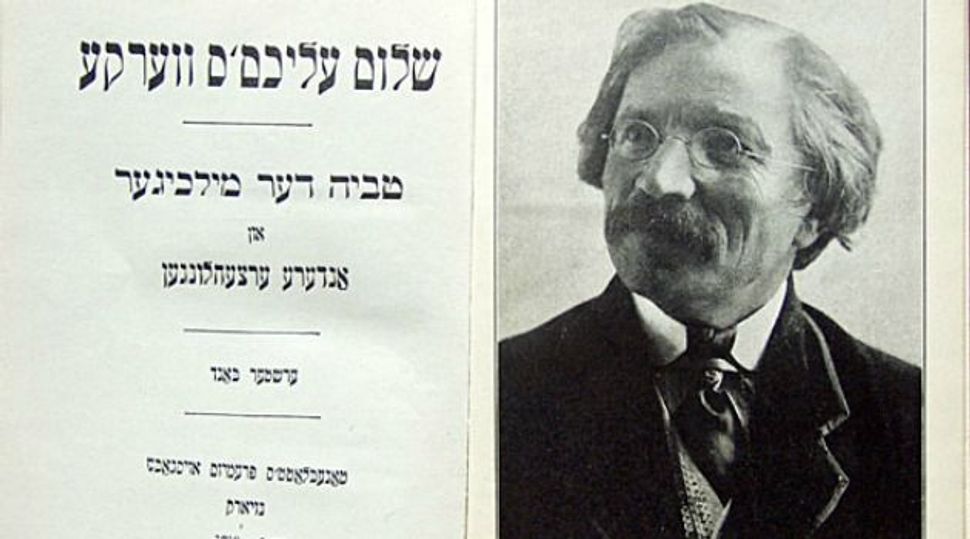 50 Years Ago: Yiddish speakers in Israel pushed back against efforts to ban Yiddish works, including those of Sholem Aleichem. Image by Aleichem/Wikimedia Commons

New Jersey’s Jews are furious after discovering that a number of Polish priests in the state have been spreading vicious anti-Semitic lies among Poles, just as they did in the Old Country. It is alleged that, in their churches, certain priests gave sermons in which they warned Polish girls who work in Jewish homes to take care because Passover is approaching — “a holiday,” they said, “for which Jews need Christian blood. They should therefore protect themselves.” Some of the girls were so frightened that they went home, locked themselves in their rooms and refused to come out. New Jersey’s Jewish community has refused to remain silent and hopes to take the priests to court. America, the people say, is not the place for blood libels. These things can happen only in deepest, darkest Russia, or in anti-Semitic Galicia.

There’s a second battle brewing in the Land of Israel, and it’s not between the Arabs and the British, nor is it between the Arabs and the Jews. It’s between the Jews and the Jews. There are those in the Yishuv who would like to do away with Yiddish completely, and then there are those who would like to use the language with which they grew up. And these groups are at war. The former, which appears to be in control of the situation, refuses to allow newsstands to display Yiddish papers. It also refuses to permit public meetings at which Yiddish is spoken, nor does it allow Yiddish theater to be performed legally. The latter group would simply like for this ban on Yiddish to be rescinded, and for the works of Mendele, Peretz and Sholem Aleichem, and the literature of 15 million Yiddish-speaking Jews throughout the world, to be acceptable as culture in the Land of Israel.

Another Soviet Jew has been sentenced to death for “economic crimes,” He is known in the press as only “Katzenberg,” and the highest Soviet court in the province of Azerbaijan handed down his sentence. He was on trial with three others, who were also found guilty and sentenced to death. According to the court, Katzenberg and his accomplices stole rags and paper goods that belonged to the state and sold them on the black market. Reports of the trial and sentencing appeared initially in a French newspaper, and Soviet reports in Pravda confirmed them the following day.

War on Yiddish in Israel