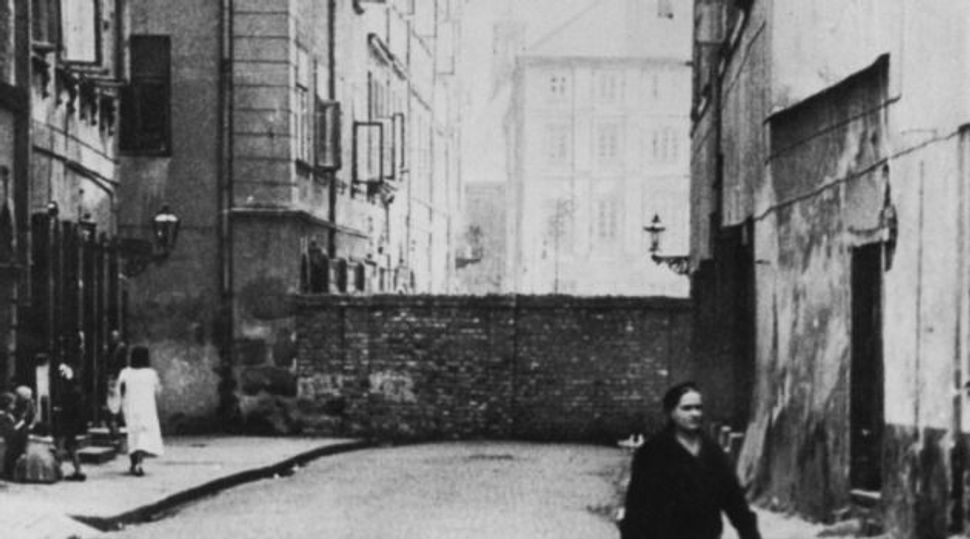 100 Years Ago: Polish Jews faced anti-Semitism, which only intensified later on; above, a 1941 photo of the Warsaw Ghetto wall. Image by Getty Images

Anti-Semitism has washed over Poland like a plague. It has poisoned minds, blinded eyes, and blackened hearts. There is only one issue there: the Jewish issue. There is nothing else going on except for the boycott against the Jews. From the bourgeoisie to the intellectuals, to writers, cultural figures, politicians and business people, arises one voice in a cynical chorus: Out with the Jews! No corner is free from talk of the boycott: the press, the schools, the theater, the arts, the sciences, the cultural and economic organizations. Everything has sunken into a thick fog of Jew hatred. And the fog has enveloped the entire country. Where is there to go?

Famed Jewish Viennese cellist Jacob Feuerman was grabbed by Nazi thugs and forced to wash the sidewalk for nearly six hours. Sadly, his hands were injured during the attack and he may not be able to play again for a while. Baron Louis de Rothschild, who was been under arrest since the Anschluss took place, was informed that the bank that bears his family name, the Rothschild bank, would be taken over by the Austrian Credit Institute. Police also raided the Rothschild Hospital and examined their records. One doctor, a Max Wachstein, was arrested during the investigation. The Viennese press has also reprinted anti-Jewish material from a recent issue of “Catholic Action,” which contained the first open threat against Jews.

Leading socialist and Forward writer, Raphael Abramovitch, died this week at the age of 83. As a youth, Abramovitch became involved with the Russian revolutionary movement, but later became a member of the Jewish Labor Bund, an organization in which he became a major figure. Frequently arrested by Tsarist police, Abramovitch was forced into exile in 1911 and only returned to Russia at the onset of the revolution in 1917. Back in Russia, he threw himself into political work for the Bund, but in the wake of the Bolshevik takeover in October, 1917, he was arrested by the secret police and jailed. By 1920, Abramovitch had no choice but to leave Russia for Berlin and, ultimately, New York.