Jewish Foundation for Culture To Shutter Next Year 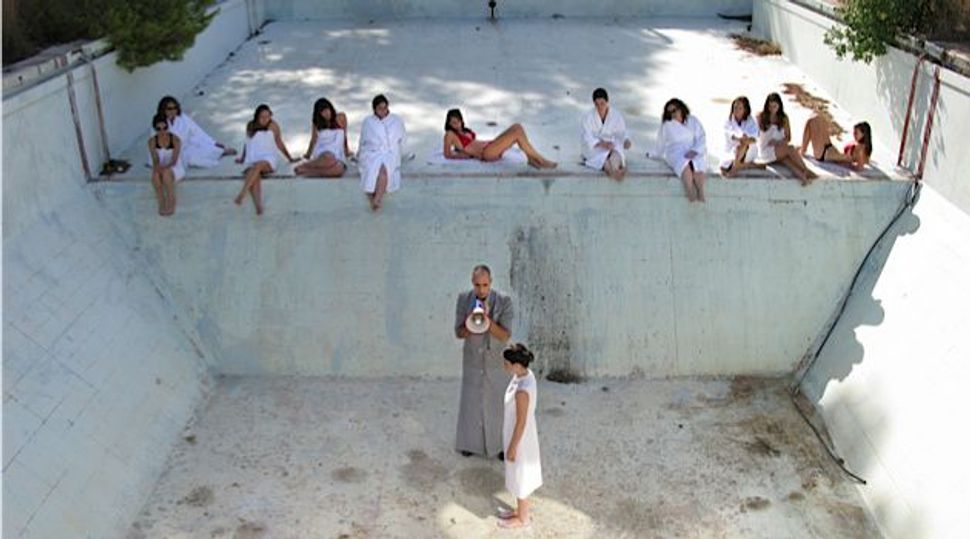 An Unsustainable Model: Ofri Cnaani?s ?Sota Project? (pictured above) was funded by the Six Points Fellowship, a program started by the Foundation for Jewish Culture. Image by Forward Files

Does Jewish culture need a central address in order to thrive? Not according to the people who work there.

The Foundation for Jewish Culture, a New York-based organization that has given more than $50 million to Jewish scholars and artists since 1960, will cease its operations in the coming year. According to the FJC’s president and CEO, Elise Bernhardt, the organization will wind down its activities in 2014, work with attorneys to distribute its assets and seek new homes for its programs.

“Our operating model isn’t really sustainable. We would rather see our programs grow and prosper, and they don’t need to be under our umbrella in order to do that,” Bernhardt said. “Our object is to find organizations that are mission appropriate and that will be able to help them.”

Founded as a response to the destruction of European Jewish culture during the Holocaust, the FJC has gained attention in recent years for such programs as the Six Points Fellowship, a program for Jewish artists that closed its New York branch in May; the Lynn and Jules Kroll Fund for Jewish Documentary Film and the American Academy in Jerusalem, which began in 2011. Projects supported by the FJC include the Oscar-nominated film “Waltz With Bashir” and the film “The Law in These Parts,” which won the World Cinema Grand Jury Prize in Documentary at the 2012 Sundance Film Festival.

While the FJC is financially healthy — according to 2011 tax filings, it has net assets of more than $4.2 million — it has struggled to support its operating costs in the face of decreased funding. Since 2007, grants from the National Federation/Agency Alliance, a coalition of 28 Jewish federations, have decreased to $179,760 from $625,889. Currently the FJC has six full-time employees, down from 10 at the beginning of 2013.

Joe Berkofsky, a spokesman for the Jewish Federations of North America, said that the change represents an overall decrease in the funding pool, as well as a renewed focus on organizations serving Jewish families that have young children, engaging young Jews, and supporting Jewish education.

“Jewish arts and culture might fit into those strategic areas, but there are shifting priorities,” Berkofsky said. “The agency is really evaluating organizations and allocating based on their alignment with strategic directions.”

Rather than struggle to make up the difference, the board of the FJC decided that its programs would be better served in different institutional frameworks. According to Bernhardt and FJC board members, donor support for its programs remains strong, especially at the local level.

“I think we’ve been very successful, encouraging lots of Jewish cultural enterprises all over the place. And it’s made it harder to raise money for a national Jewish organization,” Bernhardt said.

“It just made a lot more sense in terms of how much we were able to spend on programs compared to how much we spend on making those programs happen,” FJC co-chair Allen Greenberg added. “It also makes sense leaving on a very high note.”

FJC programs include the Maurice and Marilyn Cohen Fund for Doctoral Dissertation Fellowships in Jewish Studies; the Jewish Studies Expansion Program, which helps universities offer Jewish studies courses, and the New Jewish Culture Network, which commissions and tours music productions to cities around the United States. The latest project — “The Sarajevo Haggadah: Music of the Book,” by Bosnian-born accordionist Merima Ključo — will go on the road in 2014. The American Academy in Jerusalem, which provides a 10-week fellowship for artists, architects and planners, will go ahead as planned this fall, and will possibly continue in coming years, though not under the auspices of the FJC.

For artists who have received grants from FJC programs, the support has been crucial to their careers. “Support is the word, because they really believe in artists and respect artists,” said Alicia Svigals, a musician whose multimedia concert, “The Yellow Ticket,” was commissioned by the Foundation’s New Jewish Culture Network. “They were looking to support interesting projects that were great for Jewish arts.”

“These are people who are incredibly passionate and energetic about supporting the arts and filmmakers at different stages of their careers,” added Jason Hutt, whose FJC-supported film, “Sukkah City,” premieres in New York’s Union Square on September 22. “It’s very important in terms of recognition, knowing that you have the support of a major organization within the Jewish community.”

As examples of a way forward for their programs, both Bernhardt and Greenberg point to organizations that were started by the FJC but have since become independent. These include the Association for Jewish Studies, founded in 1969, and the Council of American Jewish Museums, founded in 1977.

Still, they acknowledge that disbanding the FJC will leave a void in the Jewish world. “The notion that artists are so central to who we are — I don’t know who’s going to make that their central argument,” Bernhardt said. “But there are people out there who understand that really good work can be part of the Jewish conversation. And that gives me hope.”

Jewish Foundation for Culture To Shutter Next Year