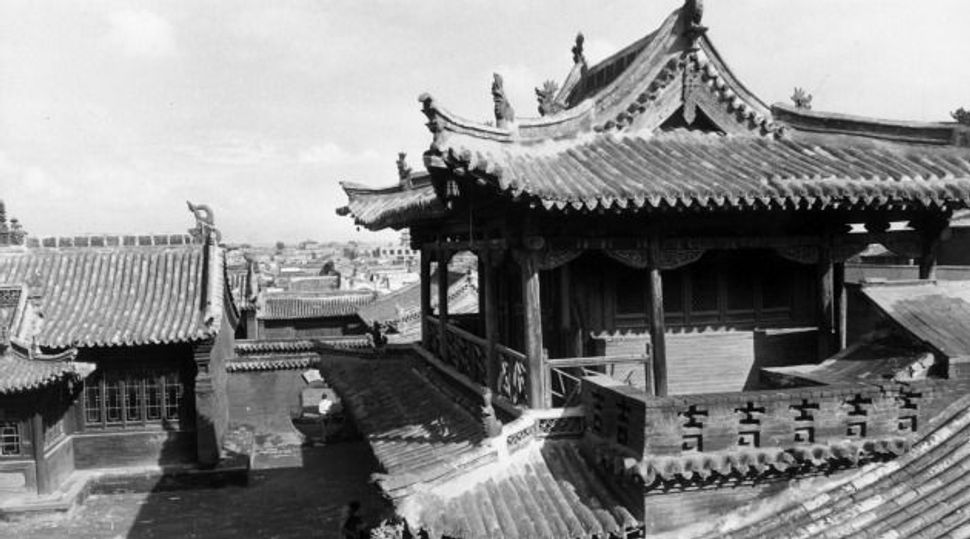 Now and Zen: This Buddhist temple, photographer in 1973 in Tatung, China, evokes a way of life that some see as surprisingly compatible with Judaism. Image by Getty Images 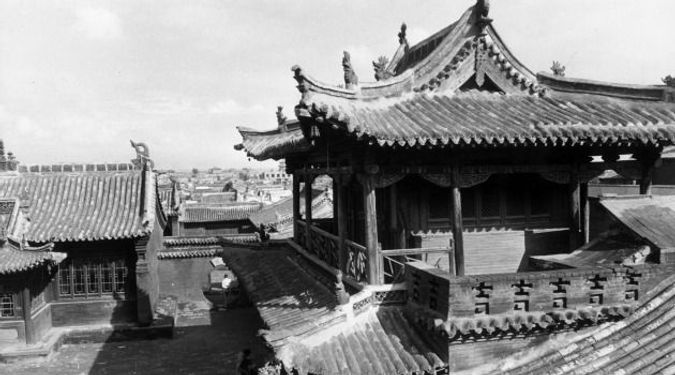 Now and Zen: This Buddhist temple, photographer in 1973 in Tatung, China, evokes a way of life that some see as surprisingly compatible with Judaism. Image by Getty Images

Of course, I am not alone. Not only do a disproportionate number of American Buddhist teachers come from Jewish backgrounds, but many Jews practice both Judaism and Buddhism, and many more practice a Jewish spirituality influenced by Buddhist-derived meditation practices and values. The integration of Buddhist technologies of contemplative practice within Western spiritual paths is a widespread trend, and has been written about by many smart people, including Sylvia Boorstein, Zoketsu Norman Fischer, Rodger Kamenetz, Brenda Shoshanna, Jeff Roth, Jonathan Slater and Judith Linzer.

Sociologically, BuJus are yet another subgroup of the iSpirituality generation, those millions of Americans who draw upon multiple religious or spiritual traditions, mixing and matching not according to preference but according to pragmatism. What works? What sources of spiritual wisdom help me create a world, and a way of living in it, that brings joy, justice, insight, peace and compassion?

But philosophically, the BuJu fusion is perhaps more subtle. The Buddhism most Westerners practice is, itself, a contemporary reformation of an ancient set of traditions. Indeed, it was largely created by American Jews, and as a result reflects their values. It is less devotional, less ritualistic, and less formal than Asian Buddhist traditions — including the root traditions in which these teachers were trained. Cocreated by Westerneres, it is often inflected by psychology, and is largely oriented toward worldly, not monastic, lives.

The Judaism I choose to practice is similarly reformed — not Reform, but re-formed, re-constructed, re-newed. Judaism provides a language of the sacred, a rhythm to my life, and a shared community of meaning. It’s also the most familiar; I grew up with it, and as a result it feels comfortable and natural. Jewish practice has also given me ways to encounter what some call the sacred or holy aspect of human experience. This aspect is always available, but usually, the mind is busy going somewhere else. The hasidic master Rabbi Nachman of Bratzlav said: “The world is full of light and mysteries both wonderful and awesome, but our tiny little hand shades our eyes and prevents them from seeing.”

In this context, Buddhist meditation is one way to cultivate wonder at, and gratitude for being alive; religious reminders, signs and communities are others. Really, it’s a two-way street. Religious practices such as the reciting of blessings, introspection, and time that’s ritually set apart can function as forms of contemplative practice. And conversely, meditation can enhance religious life. In Jewish and kabbalistic traditions, meditation was often used as a preparation for other practices — prayer and Torah study, for example. The quiet mind absorbs sacred text much more readily than the busy mind does, and the presence of mind that comes from mindfulness (not a traditional Jewish practice, though certainly a contemporary one) also enables a richer, juicier gratitude for life’s many blessings. Indeed, for several years this was my main intention for mindfulness practice, and the subject of my first book, “God in Your Body: Kabbalah, Mindfulness, and Embodied Spiritual Practice.”

As my Jewish and Buddhist practices evolved, though, a further resonance began to arise, with non-self as the essential point. This was the focus of my next book (“Everything is God”): that the God understood by (parts of) the Jewish mystical tradition is not some deity that does or does not exist, but as Ein Sof, the Endless, everything and nothing. For example, when Moses asks how he’s supposed to describe God, he gets the reply, Ehyeh Asher Ehyeh, “I am that I am.” Take out the pronoun, and you get “It is what it is.” Of course, many Jews have much more anthropomorphic notions, of a creator God, a judging God, a God who prefers Jews to everyone else, and so on. But this more mystical conception is as traditional a Jewish notion as theirs, and I feel little need to justify it.

As heterodox as it may sound, I see very little difference between the nondual “was-is-will-be” (YHVH, the primary name of God) and the “way things are” that is the Buddhist Dharma. One of my Buddhist teachers said that the goal of meditation is to see all arising phenomena as Dharma, not as selves. Cause and effect, non-self; empty phenomena rolling on; no ghosts in the machine. These may seem like metaphysical principles, but having just gone through a very challenging period in my life these last few months, I can assure you that they have been the greatest refuge I have found in a very stormy sea. This is how God is always present, even with prophets in jail and saints in death camps, because the present is always present.

The Hindu sage Ramana Maharshi said, “Let come what comes, let go what goes. See what remains.” In the Buddhist view, what remains is dharma, empty phenomena rolling on — the way things are. In nondual traditions, including Jewish ones, what remains is the All, the One, That Which Is.

Of course there are differences between these paths, and I’ve never been one to cover them up. I’m not interested in saying that Jewish practices can be equated with Buddhist mindfulness practice, for example, though they certainly can be adapted for that purpose if you like. Nor do I want to iron out any troubling creases in Jewish theology to make them Buddhist-kosher. I’d rather see these paths as equally human, equally partial perspectives, and appreciate the varying consciousnesses that brought them about.

One difference between the two paths is what each system takes as axiomatic. Generally, meditation begins from observable experience, from the ground up, whereas religion often begins from theology, from the top down. For example, the great kabbalist Rabbi Moshe Cordovero wrote: “Realize that the Infinite exists in each thing. Do not say ‘This is a stone and not God.’ Rather, all existence is God, and the stone is a thing pervaded by divinity.” God first, then down to us. Yet in both cases, contemplative practice has roughly the same task: to see clearly, and thus see through, the conventional self, to get beyond its illusions of solidity, to both work with what is there (think: Yom Kippur), and rest beyond it.

In general, I find the bottom-up Buddhist path to this realization to be easier to communicate than the Jewish one, because it takes less for granted. Yet on an emotional level, I sometimes find the top-down approach more helpful. The notion of a God who loves — not just is — is one which may not be supportable by data, but which, on the level of the heart, provides an embrace, and an imperative. The mind is not the only locus of meaning, and within the heart I often find myself turning to the very You I can’t explain.

Another important difference is the purpose of practice itself. Different contemplative practices lead to different goals. You can get really juicy and loving with Sufi practice, but you might not get as much clarity into the workings of mind. You can get really quiet with Buddhist practice, but as a Westerner you might not have a way to sanctify the moments on your life cycle. Just as in physical fitness, you sometimes have to choose between cardio or building muscle, so in contemplative fitness, you sometimes have to choose to focus on love or insight, justice or contentment, clarity of thought or experiences of the sacred. All traditions have these values within them (some Jews argue that Buddhism is not focused on justice — tell that to the monks who brought revolution in Myanmar) but they don’t value the values equally.

For example, is Judaism really oriented toward “enlightenment,” toward awakening from the fundamental causes of suffering? Some forms of Judaism are. Most, however, could be described as being more interested in the well-being of society than in the individual’s attainment of enlightenment. While Judaism places great emphasis building a sense of Jewish identity, much Western Buddhist practice aims to deconstruct the notion of identity itself.

Personally, having studied and practiced multiple paths for decades now, it seems to me to be largely a matter of how one confronts certain fundamental questions, none of which we’ll ever finally answer, and indeed, which questions we even choose to ask. For me, some of the important ones are: Which movements of mind and heart bring fundamental, real happiness? Which help us live together in relative harmony with less suffering for others? Which bring us closer to love?

Jay Michaelson is the author of “Evolving Dharma: Meditation, Buddhism, and the Next Generation of Enlightenment,” published by North Atlantic Books, from which this essay has been adapted.