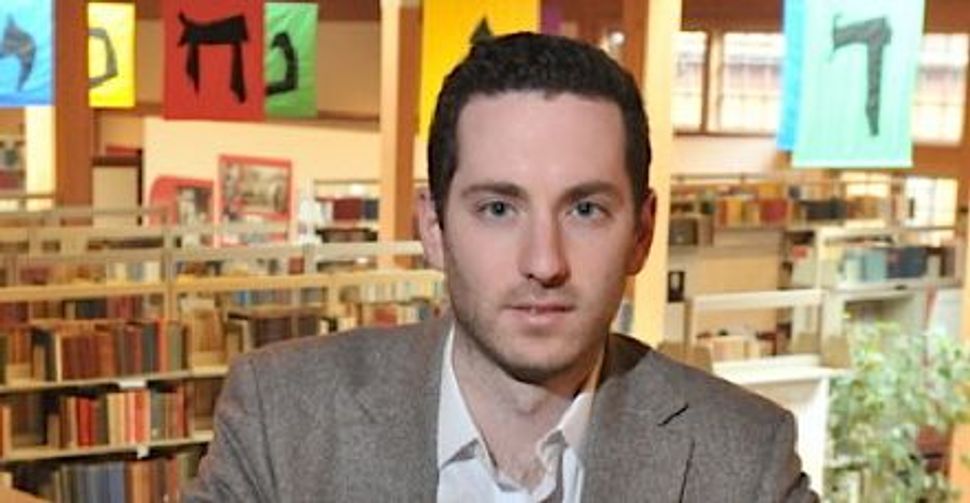 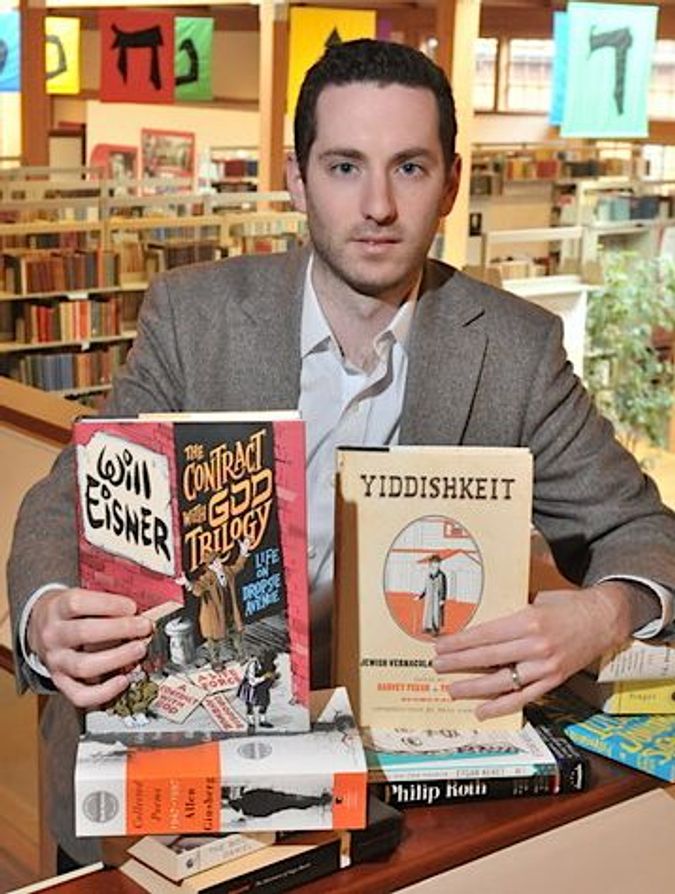 In 2013, The Yiddish Book Center in Amherst, Mass., launched an ambitious series of cultural programming aimed at providing an opportunity for young Jews to learn about modern Jewish culture. The weeklong program, “Tent,” brings together 20 young people aged 21 to 30 in order to intensively study different facets of modern Jewish culture. Each week is dedicated to a different subject and the participants attend performances and lectures related to the topic and meet with experts in their chosen field. At the same time they learn about the connections between the week’s theme and modern Jewish culture.

In the coming year, The Yiddish Book Center plans to expand Tent to include 10 different programs, with the help of partner organizations around the country.

The first three Tent programs were about comedy, in March in Los Angeles; creative writing at the Yiddish Book Center in June, and a week dedicated to theater in New York in August.

During the program in creative writing participants read selections from modern Yiddish and Hebrew literature in translation as well as works on Jewish themes originally written in other languages. After lunch the aspiring writers workshopped their own stories with professional writers. During the evenings they went to literary readings or met with literary agents and publishers. And later at night they hung out together in the dorms at Hampshire College and quickly became friends.

“Having the participants live communally and work on common projects was entirely by design,” Josh Lambert, the Yiddish Book Center’s Academic Director, said in an interview with the Forward. “The most important part of Tent is getting people together. And spending a whole week together allowed the participants to form closer relationships with one another. These relationships remain as viable social-networks after the program ends. You don’t see that when a program only lasts for one or two days.”

The genesis of Tent comes out of years of discussions between philanthropist and Birthright co-founder Michael Steinhardt and Aaron Lansky, founder and president of the Yiddish Book Center. Steinhardt spoke to Lansky about his desire for the Yiddish Book Center to find a way to approach young unaffiliated Jews. Lambert suggested creating a program that would connect secular Jewish culture with the professional interests and ambitions of its young participants.

“Birthright made many young Jews feel that Judaism was something that was important to them, that it had a substantial meaning,” Lambert explained. “The program, of course, is extremely effective. But Birthright did this in a totally isolated environment, completely detached from the normal lives of its participants. Tent, in contrast, creates a Jewish experience which is directly related to what people are already doing in their day to day lives. It creates a sense of adventure about Jewish culture as well as about what you’re doing in a normal day. It creates community in a collaborative field and allows people to see connections between what they’re already doing because of their personal interests and elements of Jewish culture with which they hadn’t previously been particularly connected.”

Asked why Tent focuses on contemporary secular Jewish culture in particular, Lambert explained that the decision made sense because “there are already so many great opportunities all over the place to become more deeply connected to the Jewish religion or to get involved with all sorts of Jewish political groups. But for most Jews the cultural aspects of Judaism are the ones that are the most accessible to them. And yet at the same time there aren’t enough programs to meet the demand and those that exist lack strong institutional support.”

Lambert noted that the three Tent programs the Yiddish Book Center ran in 2013 were very successful. “I was surprised by how greatly the participants were interested in Jewish topics despite the fact that for most of them their relationship to Judaism was pretty weak. I’m really pleased that people who didn’t have a strong Jewish background or much Jewish education could get so much out of the program.”

Lambert believes that franchising Tent to other organizations ultimately benefits the program; not only can more Tents exist but it also provides financial support to other organizations thereby allowing them to run programing that would otherwise not be viable. Lambert adds that Tent also helps to provide these organizations with a new and younger audience of future potential members and participants.

Some people have asked how Tent fits into the mission of the Yiddish Book Center. Lambert contends that by saving Yiddish books the Yiddish Book Center originally sought to preserve the vernacular culture of a previous generation, and not only works of scholarship or religion. “Tent follows the same logic: it engages with contemporary Jewish culture and tries to connect it to Jewish history and inform people about these connections.”

A few participants who spoke with the Forward believe that Tent hits the mark. Michael Yashinsky, a 2011 Harvard graduate and participant in the creative writing program, noted that he greatly enjoyed the experience and found it useful. “The literary discussions with Dr. Lambert and the writing workshops with Eileen Pollack, an excellent teacher with a warm presence, could not have been better,” Mr. Yashinsky noted.

The ten Tent programs that will run in 2014 include comics, two on Jewish Food, creative writing, pop music, journalism, museums, the South, fashion and comedy. The first of next year’s programs, comics, will take place from January 19 to 26 in New York City and will be run by the Institute for Israel and Jewish Studies at Columbia University. The second program, dedicated to Jewish food, will run from March 16 to 22 in Los Angeles and will be conducted by the Skirball Cultural Center.